Game of Thrones Season 6 Finale Review: The Winds of Winter 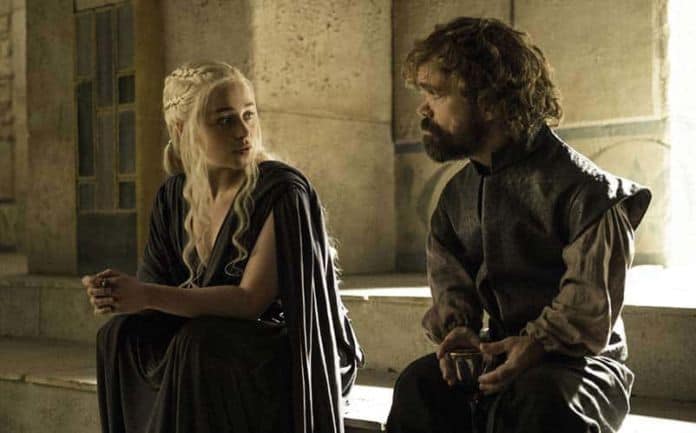 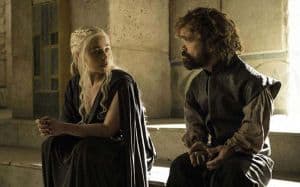 **This Game of Thrones Season 6 finale review contains spoilers for The Winds of Winter.**

Certain shows tend to lose their shock value over time. The Walking Dead, for instance, fell into the trap where it has become too predictable, and therefore, too safe. Game of Thrones, on the other hand, somehow finds a way to incorporate twists and turns that we aren’t expecting, continually surprising viewers with a shocking move. And if we had to sum up Game of Thrones‘ sixth season in one word, it would be “shocking.” In fact, if you’re wondering who died in the Season 6 finale, the question “who didn’t die” might be more appropriate.

While watching the Season 6 finale, I couldn’t help but wonder, “how did we get here?” We’ve lost many brave men and women of Westeros along the way — some who deserved their gruesome ends more than others, of course — and if we don’t get some sort of big pay-off soon, will it all be for naught? Luckily, the finale wrapped up the season in a nice little bow, giving us closure to longstanding questions, and then proposing new ones for us to ponder for the next year until Season 7.

The opening of tonight’s episode, The Winds of Winter, was intense. Cersei gets her revenge, and although it was alluded to in a previous episode, it was still shocking due to all of the character deaths we were given. Like a small atomic bomb, the wildfire set below the Sept of Baelor instantaneously wiped out a few important characters in the series, including Margaery, Loras, and Mace Tyrell, as well as Lancel, Pycelle, and the High Sparrow. What’s more, the result of Cersei’s actions caused her dear son, Tommen Baratheon, to jump out of his window to his death. Just like that, HBO’s casting bill was lightened.

This was only in the first 20 minutes of the episode, too. Somehow, Game of Thrones, for a brief moment, made us root for Cersei in her revenge. I’m not sure if I was just swept up in the excitement of it all, the fact that so many god awful characters were brought to an end, or if I just like a good revenge tale, but I found myself actually on Cersei’s side this time. Of course, it begs the question that if a horrible monster is subjected to horrible things (such as being kept in a dungeon and made to walk through the streets completely nude), do they deserve no fair treatment? Should we put hate aside to make room for pity? That’s a question for another day, but it’s floating in the back of my mind after tonight’s incredible episode. 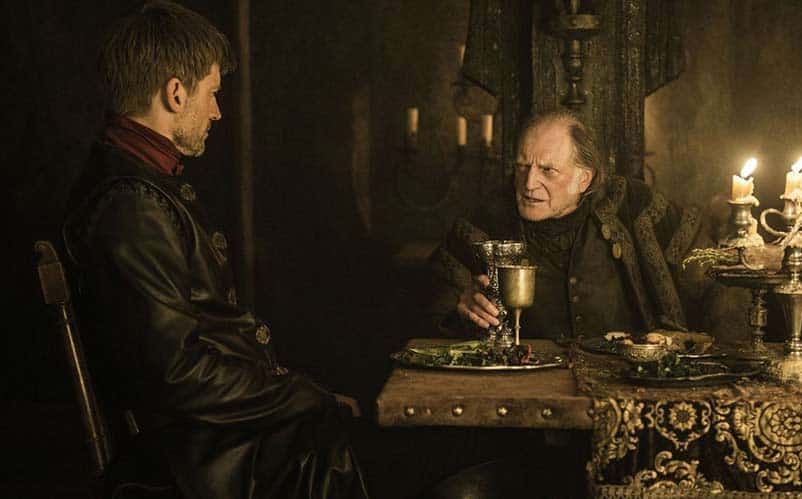 Cersei wasn’t the only one to get her revenge, though, as another great tale of vengeance was presented to us in tonight’s episode. This time, it was on the other side of the coin, with House Stark adding a notch to their belts as Arya sneakily infiltrated Walder Frey’s house as a servant, fed Daddy Frey a pie filled with the flesh of his sons, and then revealed herself to Walder before slitting his throat. I’ll note that this is another name to cross off of Arya’s list, which seems to be diminishing with the passing of each season. How many names will Arya cross off of her list in Season 7?

It’s likely that we’ll see Arya make her way back to Winterfell, where Sansa and now King Jon Snow reign over the north, thanks to the words of the young Lyanna Mormont, who stands up to shame the men around her for not supporting Snow in his family’s time of need.

We’re also shown a new alliance between Lady Olenna and the Sand Snakes of Dorne. It wasn’t an interesting conversation until Varys appears to promise “Fire and blood.”

The next two scenes of The Winds of Winter might seem to be the most boring to onlookers who aren’t in the know, but to those fans of the show and the books, they have big implications. The first scene follows Bran as he enters into the Tower of Joy where young Ned Stark races up to his screaming sister, Lyanna, who is covered in blood and dying after giving birth. She makes young Ned promise to take care of the boy she has just birthed, before whispering something in his ear, with the conversation including “if Robert finds out, he’ll kill him. You know he will.” Obviously, this insinuates that the long standing theory of R+L=J (Rhaegar + Lyanna=Jon) rings true. Of course, we don’t have confirmation that she says Rhaegar’s name to Ned, but we’re left to guess, and we probably won’t find out for sure until next season. 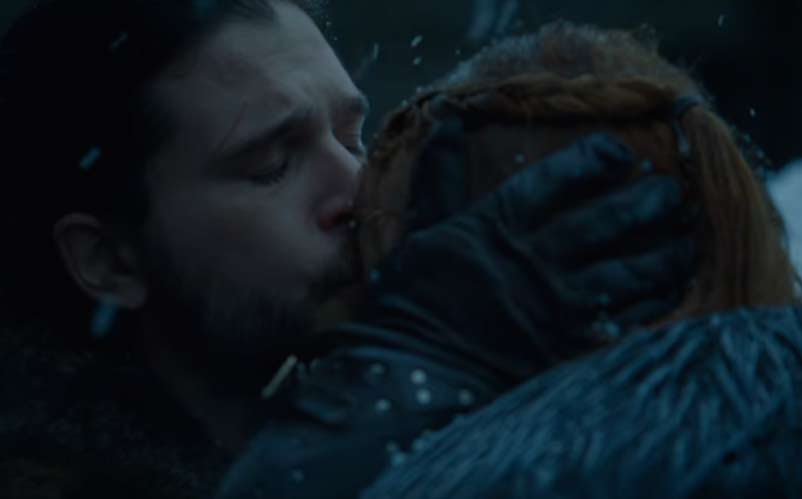 That brings us to a big +1 moment for House Lannister, as Jaime returns home to find Cersei sitting in the Iron Throne, with Qyburn and the Mountain in tow. And, we’re back to hating her already.

The final scene of Season 6 shows Daenerys, Tyrion, the dragons, and her majesty’s massive fleet setting sail for Westeros. It’s doubtful that we’ll see this battle until the Season 7 finale, but a battle is certainly coming.

There weren’t any missteps in tonight’s episode, and although it wasn’t necessarily as action-packed as last week’s The Battle of the Bastards, it was filled to the brim with story advancement, big payoffs, and major deaths. It goes to show that you don’t need to have massive action sequences or dragons to make a great episode. And with that, we’re left to begin wondering about what Season 7 might bring (which we’ll delve into another day).

What did you think of the Season 6 finale episode? Sound off in the comments below.