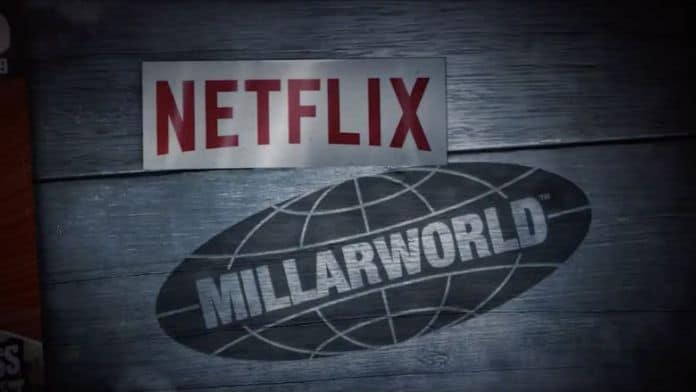 Last year, Netflix acquired Millarworld, the self published comic book label by writer Mark Millar. Netflix instituted Millar as President, and have since begun development on adaptations of Millarworld’s various IPs. Things at the studio have evidently been going smoothly, as 2 new shows and 3 new movies are headed our way thanks to the collaboration.

The first original series announced is Jupiter’s Legacy. It’s described as “a multi-generational America superhero epic” in which the world’s first superheroes begin emerging in the 1930s. “In present day they are the revered elder guard, but their superpowered children struggle to live up to the legendary feats of their parents.” Steven DeKnight is set to serve as showrunner and executive producer, and will direct the first episode of the series as well.

The other Millarworld series on the way is American Jesus. The show will be multilingual with both English and Spanish dialogue. It revolves around “a twelve-year-old boy who suddenly discovers he’s returned as Jesus Christ. He can turn water into wine, make the crippled walk, and, perhaps, even raise the dead! How will he deal with the destiny to lead the world in a conflict thousands of years in the making?” Everardo Gout is showrunner and executive producer on this one, and will direct episodes of the show as well.

Empress is the first of three films announced from the team. The synopsis reads that “Queen Emporia is married to (literally) the worst dictator in the galaxy, King Morax. After escaping his palace with her children, Emporia and her family, must hide from Morax and his army at all costs — even if it takes teleporting from planet to planet to avoid them.” Lindsey Beer will be adapting the comic to film.

Studio 8 previously acquired the rights to bring Huck to television, but now Netflix is actually making it happen. This film adaptation will follow the titular character in a small  seaside town as he uses his special gifts to do a good deed each day. His neighbors return the favors by keeping his abilities a secret. But when a newcomer alerts the media, a firestorm erupts, sending Huck on an adventure that will change everything.” Ted Melfi is handling the writing duties on this one.

Finally, Sharkey The Bounty Hunter will be converted from comic to film. “Set in a brilliant new sci-fi universe, Sharkey is a blue-collar bounty-hunter tracking criminals across the galaxy in his converted, rocket-powered ice-cream truck. Aided and abetted by his ten-year-old partner, he’s out for the biggest bounty of his career.” Michael Bacall has been hired to convert this comic for Netflix audiences.

Netflix didn’t go as far as listing release windows for any of the 5 Millarworld properties at this point. Nor do we know who the studio is targeting for roles in each of the various adaptations. It’s evident that Netflix is very confident in their acquisition though, and we’re excited to see how it all pans out over the next few years.