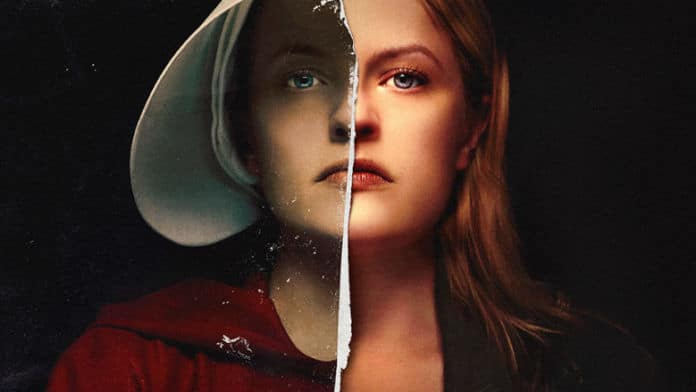 During a busy Television Critics Association’s Winter Press Tour, Hulu also confirmed when we would be returning to Gilead. The studio announced The Handmaid’s Tale Season 3 premiere date. And even provided us a taste of what to expect from the show’s next chapter.

Hulu announced that “The 13-episode third season of The Handmaid’s Tale is driven by June’s resistance to the dystopian regime of Gilead and her struggle to strike back against overwhelming odds. Startling reunions, betrayals, and a journey to the terrifying heart of Gilead force all characters to take a stand, guided by one defiant prayer: ‘Blessed be the fight.’”

At the conclusion of Season 2, we saw multiple characters act more brazen than ever in their effort to rise up against the men in power within Gilead. Season 3 will certainly expound upon that further, and likely show the cracks continue to expand within the authoritarian society.

The Handmaid’s Tale Season 3 premiere date is set for Wednesday, June 5th. Hulu will release the first three episodes of the new season that day. Following that, the remaining ten episodes will release every Wednesday on Hulu.

The series has been extremely well received critically. Season 1 boasts a Metacritic score of 92, and Season 2 came in with a still strong 86. Season 1 was awarded the Primetime Emmy for Outstanding Drama Series for its effort. But as a whole, the first season tallied eight Primetime Emmy Awards across thirteen nominations.