Nerd Much?
Home TV The Walking Dead Season 7 Wishlist: 6 Things We Want From the... 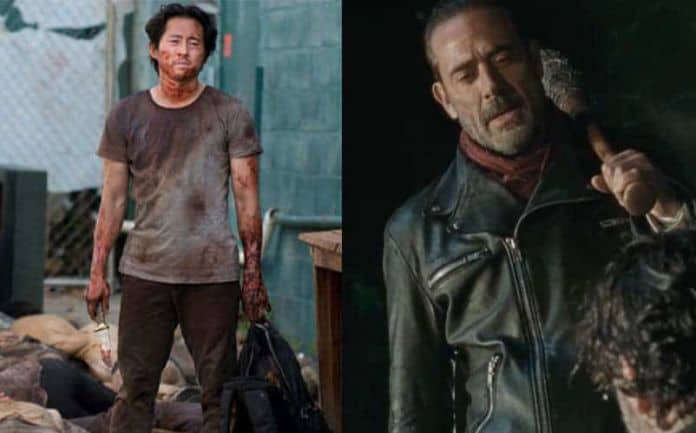 With The Walking Dead’s sixth season now in the books, it’s now time to start looking ahead to Season 7. Like all of you, we don’t officially know which character had their head bashed in with Lucille, and that’s certainly enough to keep our mind occupied until October. But putting that miserable cliffhanger aside, we’re ready to start thinking about the changes and storylines we’d like to see come into fruition.

Undoubtedly, the next season is going to be the most brutal in The Walking Dead‘s history so far — after all, there is likely an impending war in the works. We have a feeling the kill count is going to triple or even quadruple (both when it comes to walkers and characters), and hopefully, we’re right. Of course, we won’t know anything for certain until the season premiere in October. But, for now, here is our The Walking Dead Season 7 wishlist — six things we want to see happen in the upcoming season: 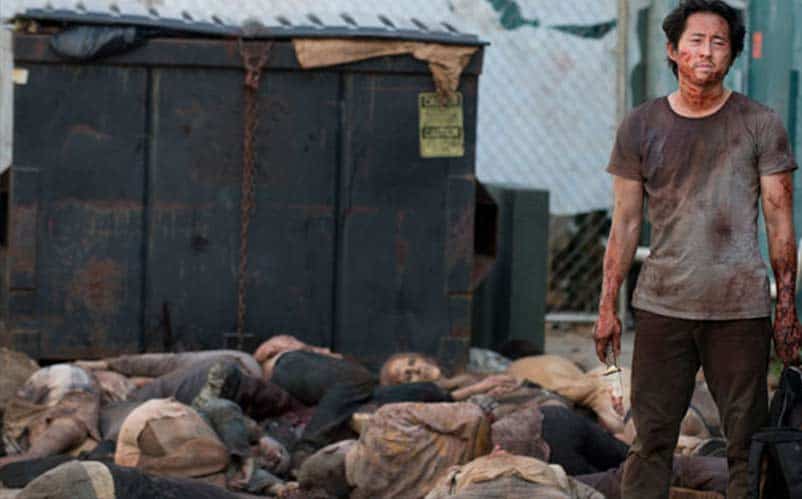 The Walking Dead Season 6 had a lot of strange moments, things that happened that were unlike anything the show had really done before. The most controversial of these moments came in the mid-season finale when Glenn fell off of a dumpster into a crowd of walkers and appeared to have died, as the camera showed tons of blood spurting up from what appeared to be his body. Of course, we would later find out that Glenn escaped underneath the dumpster and survived the ordeal, but fans were (rightfully) outraged at how it played out.

Of course, Glenn wasn’t the only “did he die??!” moment in the season. In episode 15, titled “East,” Daryl takes what appears to take a brutally devastating shot at the end of the episode. We don’t find out until the end of the season finale (when we first see Daryl reappear) whether he survived the shot or not.

While we fully expect big events and cliffhangers in both the mid-season and season finales, the way that the showrunners have gone about it this season feels more deceptive than ever. Find other ways to bring viewers in (like you used to) without having to fake a major character’s death. 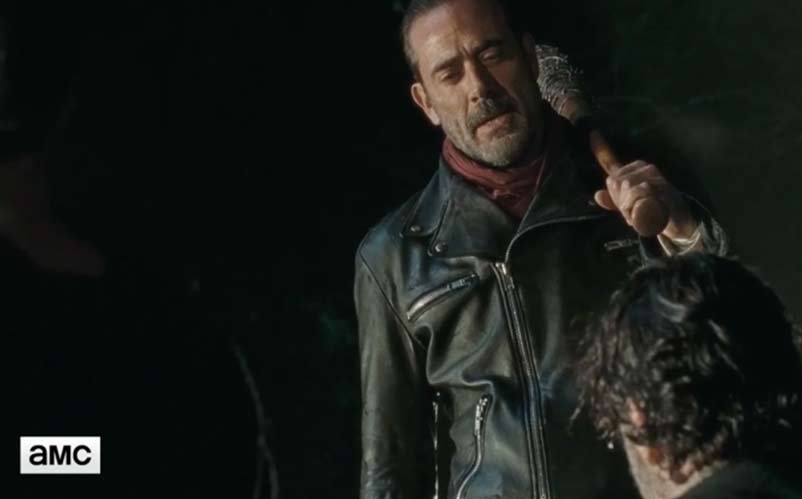 The introduction of Negan in the TV series means that the show will change forever. Basically, he makes the Governor look like a puppy. We’re going to be seeing a lot of Negan in Season 7 (which is great, because Jeffrey Dean Morgan is one hell of an actor). But how did Negan rise to power? How did he become the bat-toting villain he is right now? We’d love to see a background episode that explores Negans rise to power, what his life was like at the time walkers started appearing, and what his journey has been like so far. Obviously, it isn’t going to be the season 7 premiere episode, but it’d definitely make for a good mid-season bottle episode, and it should be in the same vein as The Governor’s origin story, “Live Bait.”

3. Bring in the Tiger 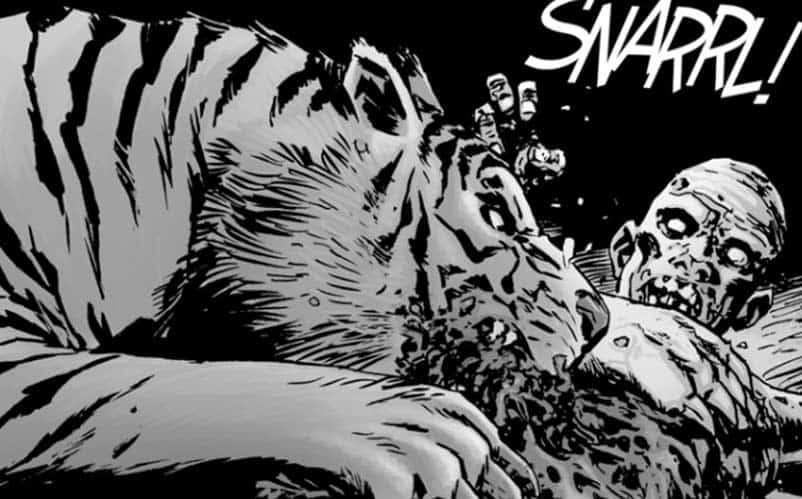 It looks like the “All Out War” scenario from the comic book is being setup for the TV series, meaning we’ll likely be meeting Ezekiel at some point in Season 7. For those who haven’t read the comics, Ezekiel is the leader of the Kingdom, and he has a pet tiger named Shiva. She is his protector, and there are quite a few great moments with Shiva in them. Like many, Shiva was our first thought when we first heard suggestions and whispers about possibly meeting Ezekiel in The Walking Dead season 7. 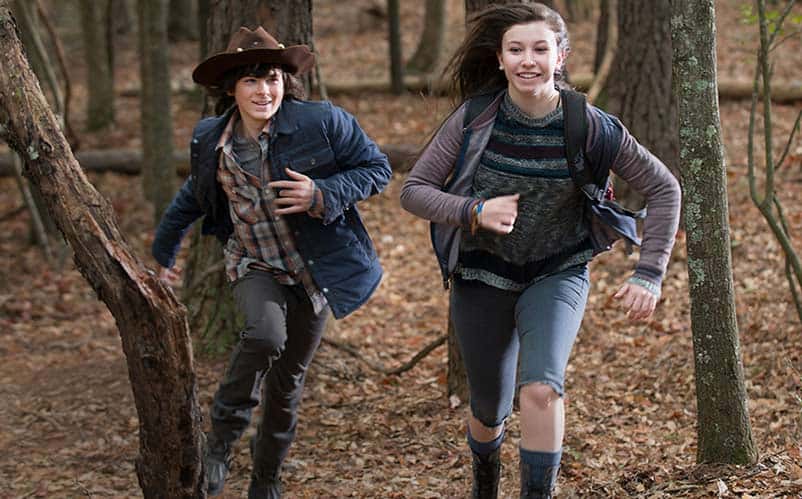 Carl didn’t get a lot of actual screen time in Season 6. Sure, he was shot in the eye, and then recovered from being shot in the eye, but he didn’t have a ton of dialogue. In fact, the showrunners didn’t even show any of Carl’s recovery, his mindstate, or anything along those lines. What is Carl’s state of mind right now?

I’ll also note that I’m not really a fan of what’s developing between Carl and Enid — it feels forced — so, hopefully, we don’t see much more developing there. We don’t need everyone in the show to find a significant other and buddy-up with someone. Again, it feels forced.

So, what should be done with Carl now? What would be great is if the Carl/Negan dynamic that we see right before All Out War starts in the comics makes its way to the TV series somehow, at least for a little while. Negan should try to take the little “future serial killer” under his wing, and maybe after Carl briefly buys into what Negan’s spitting, Carl will snap out of it and somehow help the group escape.

Finally, a haircut for Carl would be great. Just saying. 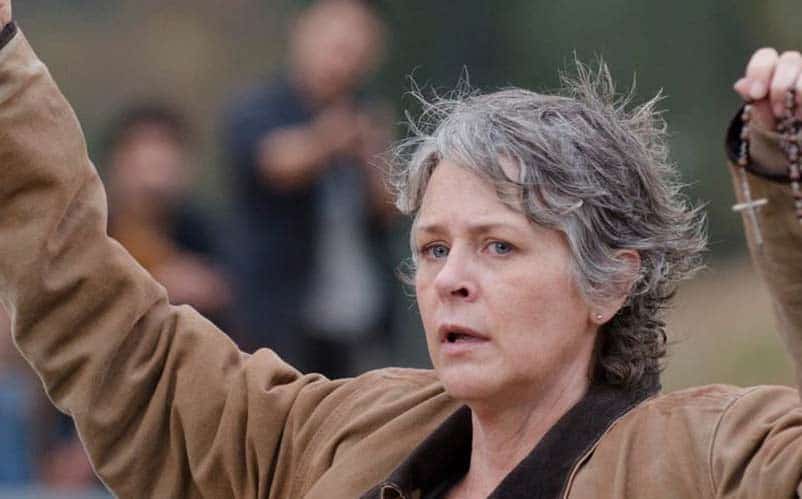 Carol has been through so much already, so whenever anything new happens to her, we all throw our hands up in the air, scoffing with a hearty “here we go again!” That’s not to say we don’t love Carol (and Melissa McBride), but her time has passed. She had a ton of focus in Season 6, and she has saved the group numerous times already. But now, she has become too much of an emotional character, and we’re sick of seeing Carol-themed episodes. She’s conflicted with her need to kill those who wish to harm her loved ones, and it’s a conflict we’re seeing too frequently. Basically, Carol is growing stale. Her time has come, and hopefully they just let the character die from all of those gun wounds. 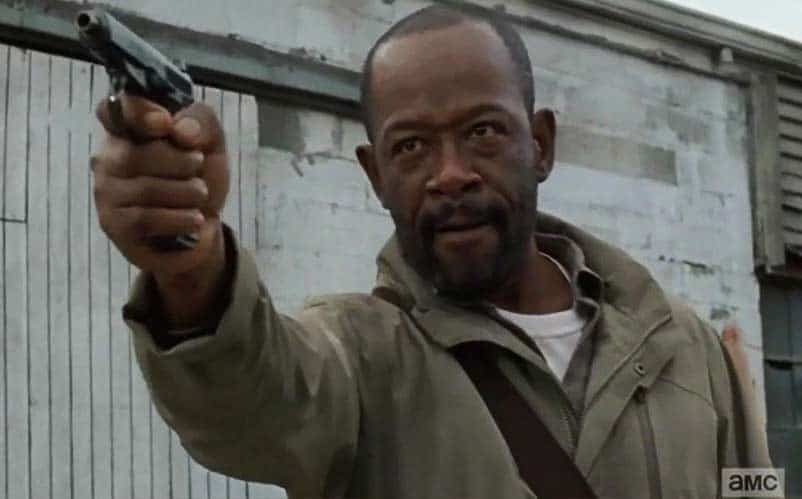 We’ve sort of seen a badass Morgan bubbling underneath the surface of a mild-mannered man who doesn’t want to kill, but now that he has pulled the trigger (to save Carol), we’re wondering what is going to happen with Morgan next. Gimple and co. can go in numerous directions with his character, but we’re hoping that he’ll snap after having to pull the trigger. And by snap, we hope he starts killing baddies left and right. He has a certain intelligence about him, and we’d love to see him apply that sort of intelligence to expertly dismantling waves of foes. There’s so much potential within Morgan as a character, and we’d like to see him drop the whole “voice of reason” spiel for Season 7. Especially with the impending war on the horizon, we’d love to see Morgan’s body count outnumber his peers in Season 7.

What do you think should happen in Season 7? Which characters do you want to see killed-off? Sound off in the comments below.