Wheels of Aurelia: Underrated and Overlooked 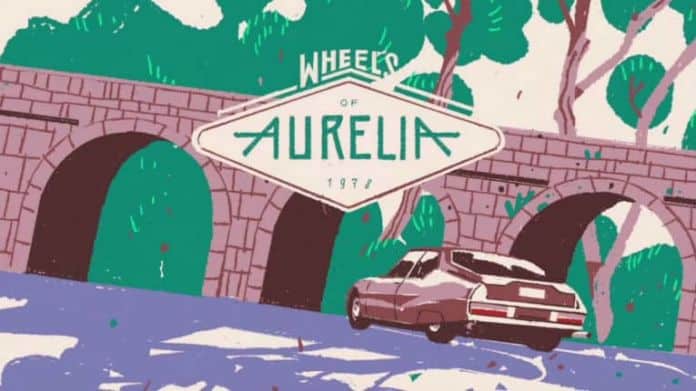 A $4 trip through the Italian Countryside, Wheels of Aurelia is the game you didn’t know you needed. You’re driving as Lella and start the game by picking up your first passenger, Olga. Throughout the drive you can choose to pick up more hitchhikers along the way, each adding their own brand of chaos or intrigue to our story. 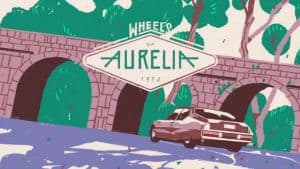 It’s a short game with 16 different endings, so there’s inherent replay value, but what’s special about it can also serve as a point of criticism. Many see the brevity, minimal “traditional” gameplay, and simplistic art style as reasons this game isn’t up to par, but all of those elements serve to amplify the narrative experience and frankly, it’s one worth having.

With each ending I thought to myself: “wow, I did not expect that” and “that’s not where I expected this to go.” Because the endings are out of left field, some players may see them as cheap or tacked on. It can feel as if hours of gameplay have been removed and we just jumped to the end screen. But for me, this approach felt more intriguing than inauthentic.

This game is a vignette and executes that concept well. We get a small, 15+ minute, window into Lella’s journey and when it’s over we’re granted access to the grand scheme of things. We’re invited to imagine how our immediate ending might have been the catalyst for the events that follow… events we’re not fully privy to. This approach is reminiscent of how some documentaries will include additional information about the person/story: a sort of “where are they now.” It adds weight to the ending and makes me consider the causal chain that exists for every set of choices made.

Characters to Care or be Curious About

Visual novels rely on player engagement and investment. Fortunately for Wheels of Aurelia, things get rolling immediately. The developer, Santa Ragione, describes this game as follows

“[A]n immersive road trip through the gritty western coast of Italy during the roaring 1970’s. [You play] as Lella, a bold, spunky woman, experience the sights and sounds of a tumultuous time in Italy’s history while uncovering events from Lella’s storied past.

Take the road less traveled, while meeting an unpredictable cast of characters along your journey and making detours along the way.”

Lella is cool but never a “badass woman” caricature. Sure there are some cliche approaches to her characterization (the cigarettes, the snippy comments, the leather jacket) 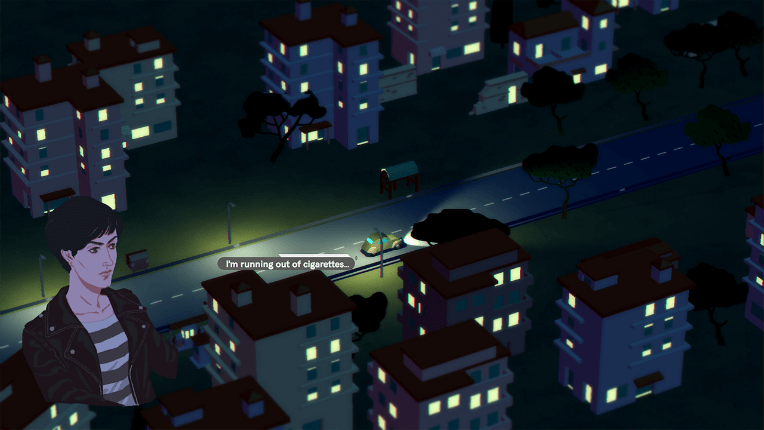 The drama goes from 0 to 100 in this game. One second we’re driving down the road, debating about the radio, the next we’re apparently escorting Olga to her abortion. 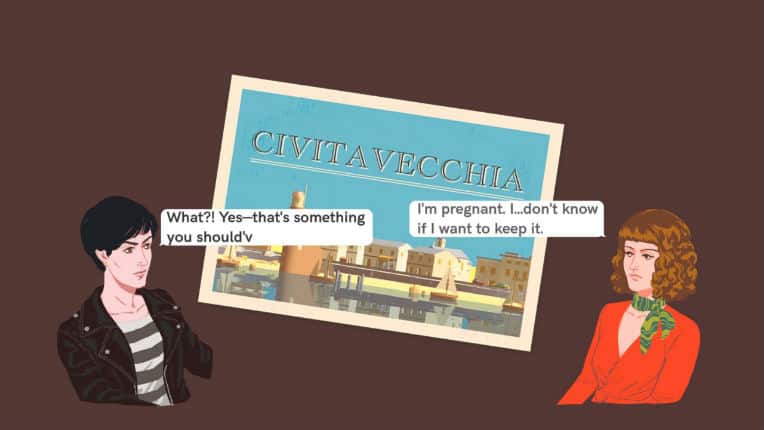 Similarly surprising moments crop up throughout Wheels of Aurelia. Each passenger can, quite literally, lead you to a new story. 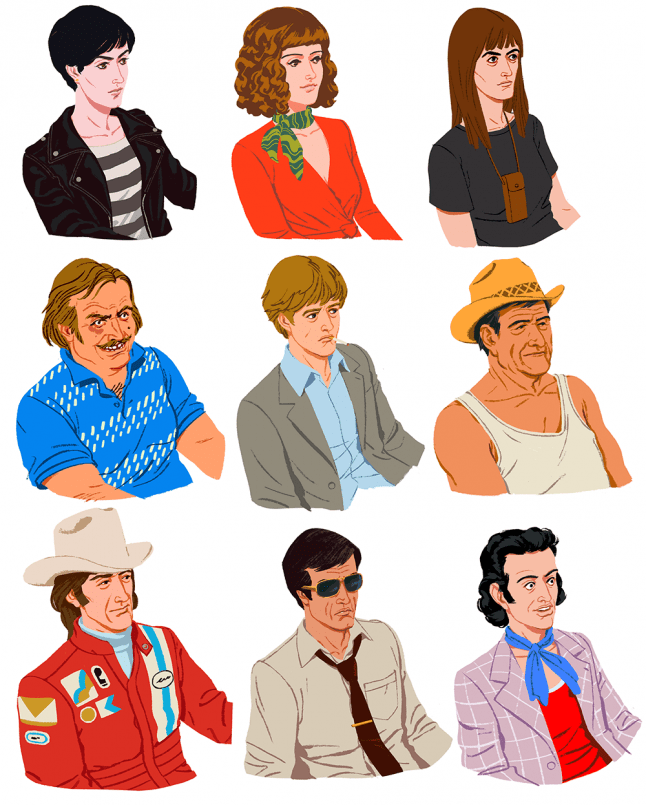 And as you encounter/drive new vehicles in the game they become selection options on the title screen.

Admittedly, this game has that Thelma and Louise vibe and I’m sucker for it: 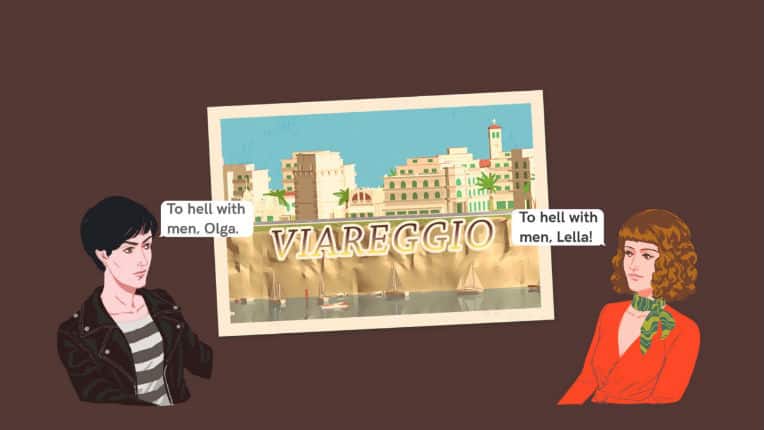 But what I love more than Lella and Olga’s adventure is purposefully trying to create new outcomes for myself as a player. With each ending I can’t help but wonder what other way I could’ve twisted Lella’s fate. And with each play through there are moments of heart and intrigue sprinkled throughout: 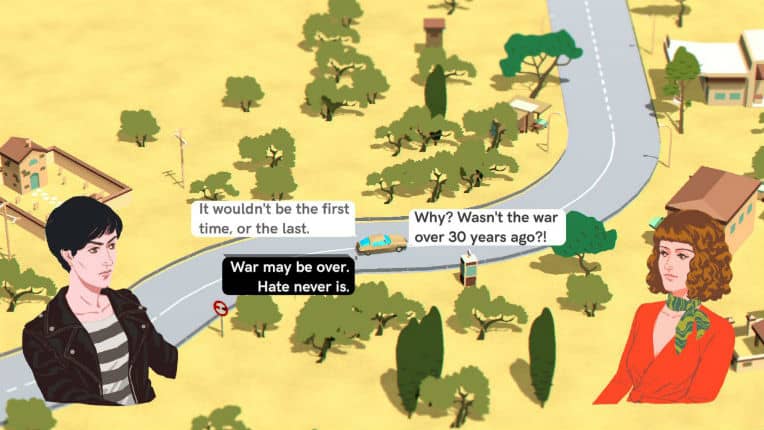 So I play again, and again. I’ve gotten 9 of the endings thus far.

Slow-paced Pastels: How Art and Gameplay Serve the Narrative

The art style is a quaint, faded, pastel cartoon with little detailing. You won’t see ripples of water or blades of grass but there’s something charming in that simplicity. It feels more like an artistic choice than lack of ability or budget.

Like any narrative driven games in this case the game is a vehicle for storytelling so the art and mechanics are crafting with that in mind.

It makes sense that the world itself doesn’t have high level rendering. Instead it feels like I’m moving through a diorama evoking a feeling of imagination like when you’re a kid and you’re literally controlling the story… here you’re the player chasing that same feeling of autonomy almost. You are influencing the story as you move, what looks like a toy car, along the roads. 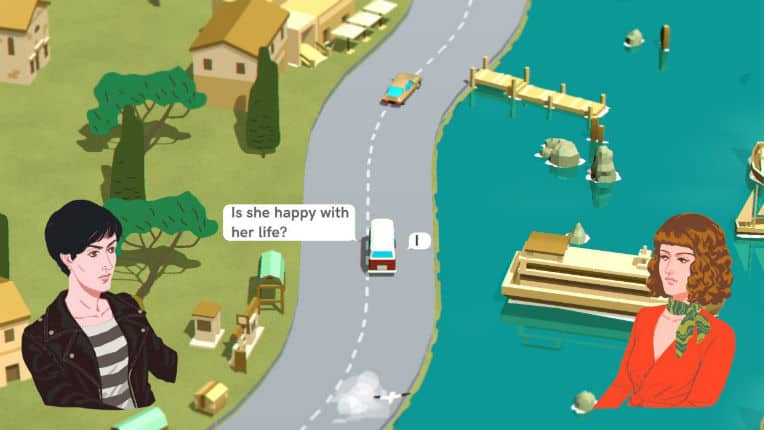 The visual simplicity makes sense. The world isn’t the focus. The people are. And so, the characters a lot more detailed but still in keeping with the colors/cartoon look so as to not completely clash with the game’s aesthetic.

Personally, I think there’s a lot of beauty in the art style. Specifically the end screens, with the text overlay, that tell you how the story ends. They’re like paintings. Here are just a few of those stills (without the endings displayed):

The foreground of Wheels of Aurelia is the story and the background is the gameplay. Other than selecting dialogue there isn’t much to do in Wheels of Aurelia except pick people up (or not) and occasionally race. The racing is slow and sort of clunky but it serves to build the suspense. You’re slowly watching the events unfold from this bird’s eye view. It’s a little stressful, it’s a little exciting, and in that way it puts you in the driver’s seat.

I took on this title alongside my brother, passing the controller back and forth each time we got an ending. Wheels of Aurelia’s drama and multiple endings make it demand to be played. Like any short game that has a plethora of endings, the best part is the journey… trying to figure out how to manipulate the situation to get a new result.

Therein lies the fun of Wheels of Aurelia. And for only $3.99, it’s definitely worth checking out.

Previous articlePUBG Anti-Cheat Update Delayed, ReShade Blocked
Next articleLegion Return Date Announced by FX
Janet Garciahttps://www.youtube.com/channel/UCnfZ6eVYE4X2dzDixD5cNrw/featured
Janet Garcia is an editorial writer with bylines at IGN, Kotaku, and more. Her favorite genres are platformers, puzzle games, and simulators but in reality she spends most of her time playing FIFA tournaments in her apartment.