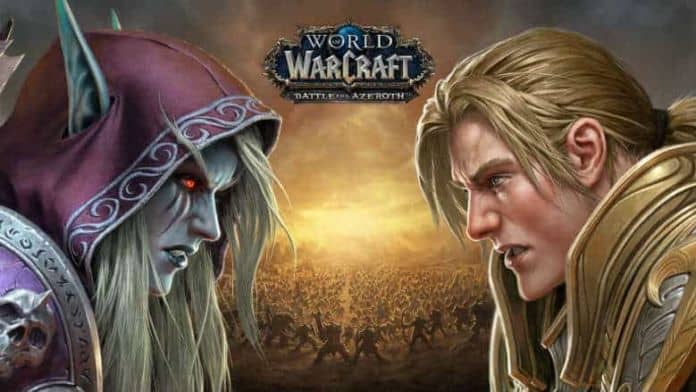 With Battle for Azeroth’s launch just around the corner, Blizzard has dropped a World of Warcraft balancing patch which makes some pretty significant adjustments to better suit the level 120 playing field.

There have been changes to classes pretty much across the board. Most of which increase the strength of the class. Frost Death Knights, Feral Druids, Beast Mastery Hunters, Marksmanship Hunters, Holy Priests, Elemental Shamans and Demonology Warlocks are all getting an increase in stats. The exception here is the Assassination Rogue, which is getting its Crimson Tempest damage reduced by 10%.

Blizzard has announced a bunch of PvP specific tweaks that are headed to our way within the World of Warcraft balancing patch too. These adjustments are currently in testing, with the developers stating they’ll go live prior to the Battle for Azeroth launch. battle These changes are more of a mixed bag of both increases and decreases for the various classes. They’re too numerous to detail here, but for the exact specifics you can checkout Blizzard’s blog post here for all the information.

Today’s World of Warcraft balancing patch sets the table for the August 14th release of the game’s newest expansion, Battle for Azeroth. The events leading up to the iconic game’s newest update have ruffled the feathers of many fans. Some of which have even resorted to harassing the developers over their storyline decisions within the recent War of Thorns plotline.

Blizzard is chugging right along though, releasing tweets to further rile up the fans and get them hyped for next week’s launch:

War is coming. We need fresh blood added to the ranks of the Horde. What say you? #Sylvanas pic.twitter.com/cYcRuKnYFx

Champions, with me. You are invited to bear witness to the grand finale.
<Sylvanas begins to depart, then hesitates and glances over her shoulder.>
Farewell.#Sylvanas pic.twitter.com/FMn2eCEDce

If you’re new to World of Warcraft, it’s easier than ever to jump in. Blizzard has recently modified their payment structure so that playing will now only require a monthly subscription plan. And if you haven’t utilized it before, there’s a free trial period for any players looking to give the game a go.

Previous articleRelative Insanity: Jeff Foxworthy’s New Party Game
Next articleKingsman 3 Details Emerge from Director Matthew Vaughn
Jeff Scott
Growing up a 90's kid, Jeff found his love for gaming during Nintendo's heyday. Because of that, you could (perhaps sadly) call him a "Nintendo Fanboy" to this day.