When it comes to superhero movies, the X-Men franchise has probably been one of the weakest, as only three movies in this franchise are actually well made. While the original X-Men and its sequel did help jumpstart the superhero genre we know today, when you look back on them, they are really just average films. Though none of that matters anyway, since Days of Future Past retconned everything not set in this new universe. I understand that this franchise wants to get as far away from films like Origins: Wolverine and X-Men: The Last Stand, but this produces the problem of characters such as Jean Grey (Sophie Turner) having to be reintroduced to the cast. This is at the heart of every problem plaguing Apocalypse, as it’s another superhero movie that is overburdened with its own plot, choosing instead to simply pander to X-Men fans.

Let me be clear, however, this new X-Men isn’t the worst in the series, but it’s not going to be remembered as a good installment either. There are bright spots throughout the film that show nuggets of a more interesting plot or the ideas of one that weren’t cast aside for the sake of fan service. As stated in the title, the villain, Apocolypse (Oscar Isaac), has reawakened in the 1980s and decides the best thing for humanity is to wipe it all out. Of course, Charles Xavier (James McAvoy) and his various students take offense to this and set out to try and stop him before he becomes too powerful for any mutant to stop him. It’s a basic plot that pretty much serves as a backdrop for the film to re-introduce a bunch of different mutants from this version of the timeline, in an effort to distinguish themselves from the original trilogy.

Though there is nothing wrong with the films plot on paper, the problem sets in when director Bryan Singer forgets that he can’t just spend the two and a half hour runtime just showing off cool new mutants. Our entire first and the majority of our second act is spent just introducing more and more characters, which makes it especially difficult to get invested into any single one. With fantastic mutants like Nightcrawler (Kodi Smit-McPhee) and Cyclops (Tye Sheridan) added, you think that would be enough new characters, outside of Jean and Apocolypse, to serve the movie. Sadly, Singer decides to stuff more in the clown car, robbing potentially more memorable characters such as Psylocke (Olivia Munn), Angel (Ben Hardy), Storm (Alexandra Shipp), and Jubilee (Lana Condor.) None of these characters really receiving fulfilling story beats and are just included because obviously super powered being versus super powered being brawls are all the rage right now. 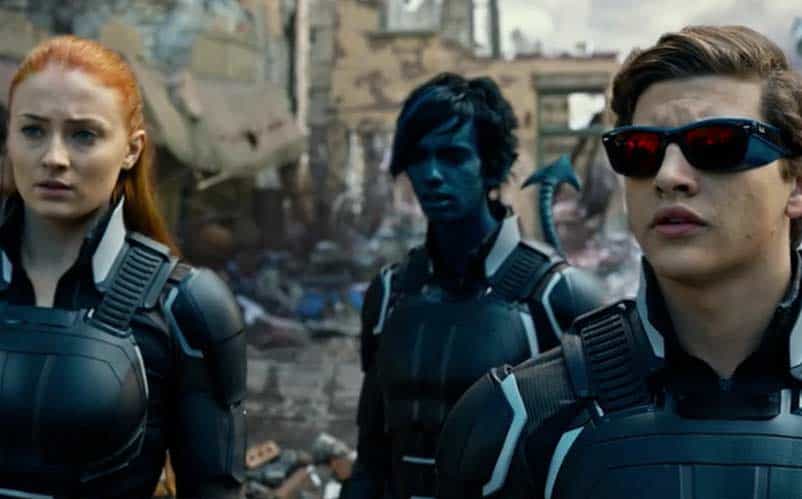 That doesn’t stop X-Men: Apocalypse from deciding to completely sideline the plot because we need to get an obligatory Wolverine cameo. This isn’t a small section either, Singer dedicated around 20 minutes of the film to this Stryker/Wolverine story that literally serves no purpose to the plot itself. You could cut the scene from the movie and wouldn’t miss anything regarding the film’s story. Speaking of cameos, prepare for the single worst Stan Lee cameo in the history of Marvel. Instead of putting the cameo in a scene of comedic relief, it’s inserted into one of the most emotional and important moments in the entire X-Men universe. It completely contradicts how the audience should feel during an awe-inspiring moment into an absolute joke of a scene.

Even when the action does get going, the CGI can look absolutely atrocious. Psylocke’s energy weapons look laughable at times while the fight sequences themselves are nothing special or awe inspiring. Most of the main fights between Apocalypse’s horsemen and the X-Men are over quickly, which really robs any sense of tension. There is an interesting fight between Apocalypse and a mutant I won’t name, that plays out in a really interesting way, but hardly makes up for all the bland action in the rest of the film.

For those of you who were just going to this movie in order to see Quicksilver (Evan Peters), you are in for a treat because there are two big moments with him — though the second one will leave you wondering if he is just the most overpowered mutant in the entire universe. While Peters is funny, only boosted by the fun humor from Nightcrawler, the duo just can’t carry the movie on their shoulders. Quicksilver has a genuinely interesting motive since Magneto is his father but it’s never expanded upon in real depth. The payoff to it all feels shallow and pushed aside.

As for the rest of the cast, they do a well-enough job with the poorly written material they have, and it’s clear that Jennifer Lawrence is just cashing a check at this point. Arguably the best moments of the movie actually have to do with Magneto (Michael Fassbender) and his family in the first act. Which, admittedly goes about as well as expected, but it’s still great. Fassbender is still an excellent choice for Magneto, displaying a wide range of emotional depth his character has needed. Honestly, his entire existence and the story of his family is far more interesting than the actual plot of X-Men: Apocalypse. Can we just a Magneto movie now?

X-Men: Apocalypse is a prime example of what happens when a movie is overburdened by too many characters. With many of them not serving any real purpose, Singer seems more focused on just throwing out blatant fan service than making an actual movie. Characters like Psylocke and Angel serve no purpose to this bloated plot, which is clearly unable to stand on its own two feet. X-Men: Apocalypse aims to be among the stars, but comes crashing down to Earth.