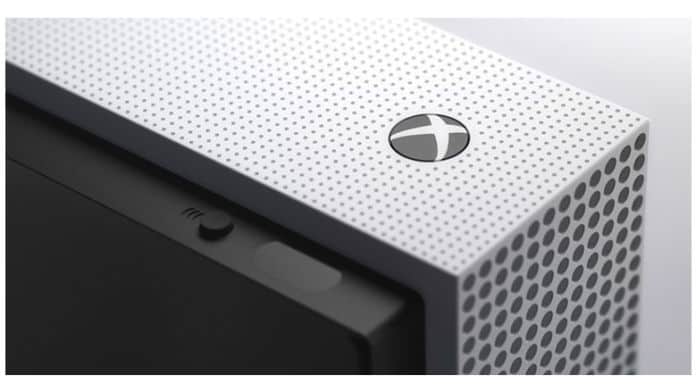 We’ve been hearing since late last year that a potential disc-less Xbox One S would be unveiled by Microsoft at some point this year. That apparently holds true, with fresh details emerging on the console which is potentially being branded the Xbox One S All-Digital Edition.

Today’s update on the rumors stems from a piece published by Windows Central. The outlet states that they have sources which indicate that the Xbox One S All-Digital Edition is right around the corner. Preorders are expected to go live for the system in early April, with a full rollout of the console coming in May.

Pricing details for the Xbox One S All-Digital Edition haven’t surfaced, but the exclusion of a disc drive from the system would theoretically drop the price of the hardware substantially. Potentially making the system one of, if not the cheapest option on the console market. And with Microsoft’s Xbox Game Pass program doing incredibly well at a reasonable price, the All-Digital owners would have an impressive catalog of titles immediately at the ready.

In the same article updating us on the Xbox One S All-Digital Edition, Windows Central also notes that Microsoft is nearing an announcement which would reveal a Xbox One Fortnite Edition sporting a custom design. This would go beyond what both they and their competitors have done in simply branding Switch boxes with Fortnite art and including the already free game. No word though whether this Fortnite Xbox would be of the S, X or All-Digital variety though.

With plans to begin preorders in April for the Xbox One S All-Digital Edition, it’s likely that we’ll be getting some kind of official announcement on the new hardware soon. It will be interesting to see how well the disc-less system sells, indicating to the industry just how close we actually are to an all-digital environment.

Stay tuned to Nerd Much? for more Xbox One news.