A Crash Course in Horror: The Blair Witch Project Review 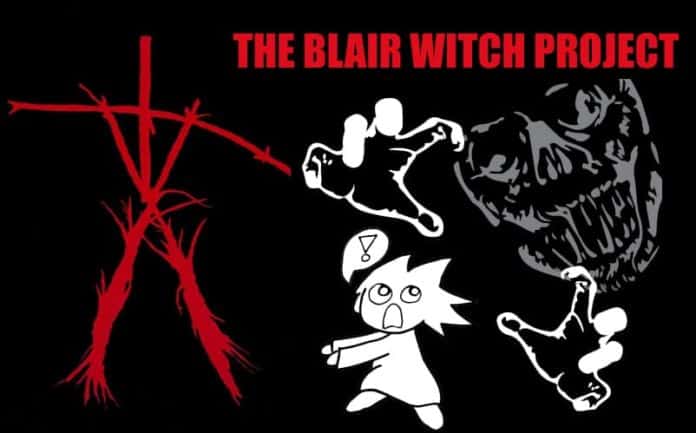 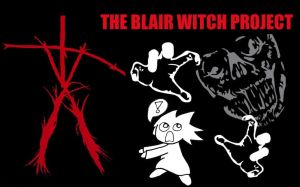 A Crash Course in Horror is a monthly column by our self-proclaimed horror movie noob, Noémi Pomerleau. She reviews a classic (or even “new classic”) horror movie from the viewpoint of someone who has never seen it (because, well, she hasn’t).

The Blair Witch Project came out in 1999, when I was far too young to be watching it but old enough to understand the absolutely ridiculous level of hype that came along with it. Kids who managed to convince their parents to let them see it (or who claimed they did, at least) returned to the playground with exciting rumors about how what happened in the movie was totally real. If you argued that it couldn’t be real, they claimed that the government just had it confirmed to be fiction in order to calm down the public.

They weren’t alone in believing that. There were other films that acted as a pseudo-documentary created from ‘found footage’ before this one, but it wasn’t a commonly used technique. Plus, Blair Witch had a brilliant marketing campaign leading up to its release that intentionally convinced many people the movie was real. It’s the reason that millions of people rushed out to see it, a bunch of people made a lot of money, and now a new found footage style horror movie seems to come out every year.

For the last few months of the year it released, all I heard about was The Blair Witch Project. My childhood self was too terrified to consider watching it, but when my friend suggested that it should be the next horror movie I watch for the Crash Course in Horror, I was SO EXCITED to finally see what the fuss was all about.

The story is an extremely simple one. Student filmmakers Heather Donahue, Mike Williams, and Josh Leonard (all played by actors of the same name) go to a small town in Maryland to investigate rumors about the Blair Witch. Heather is the one spearheading the investigation and clearly has the most passion for the project.

The three of them interview some locals to gather rumors about the witch, and then take off into the woods to search for an area where people were ritually slaughtered many years ago. After finding it, they search the area to see if they can find anything else of interest and end up disturbing an old grave. When they set up camp that night they hear some cracking noises outside, but they figure it’s just an animal passing by.

The next day they pack up to head home, only to discover that they can’t find their way back to the car. The rest of the film shows them wandering the woods for days, with more and more disturbing things happening every time night falls. Ultimately, they drop their cameras, leaving them to be ‘found’ so the footage could be shared with the world.

I’ve heard people say this is the greatest horror movie they’ve ever seen. I’ve also heard people say it’s the worst. It all depends on how much patience you have, because this movie is the very definition of a slow burn. The film is almost halfway over before any sign of the haunting (or witch, or whatever it is) appears, and most of the action — if you could define it as action — happens in the last 20 minutes.

This movie is only 80 minutes long, but ends up feeling much longer just because of its slow pacing. It’s hard to say if that’s a good thing or a bad thing. I personally felt bored by it, but I could also tell that it was extremely intentional, and I know that it would be effective for other people.

It’s actually a very difficult movie to review, because — frankly — I don’t think that it did anything wrong. If I look at what this movie wanted to be, I don’t know how it could have been done better. It is literally perfect. Yet it’s not to my taste.

There was no script for this movie. The actors were given a rough outline and told to improvise their lines. It means the dialogue is cheesy sometimes, but it always sounds real. I was very impressed by not only the improvisational skills of the actors, but also the editors who managed to cut away from scenes before dialogue became too drawn out and the actors ran out of ideas.

None of the characters are particularly sympathetic, which may have contributed to my lack of investment. They’re miserable through half the film, so it does make sense that none of them behave well. Yet I was still exceptionally annoyed by Heather’s character. She’s so focused on her film project that she frequently seems to ignore the severity of their situation. On the other hand, the only way for this story to exist was for Heather to be so failing in empathy that she would keep the cameras rolling the entire time, no matter how dire things got.

Of course, the absolutely God-awful cinematography and film quality were also fundamentally important to the story. This is a film that is supposedly a documentary being made with handheld camcorders by amateurs in 1994. Shots are misaligned, shaky, grainy, and generally unpleasant to look at, but that’s all part of the premise. So that can’t really be criticized either.

With no script, music, or visuals that I can fairly critique, and the acting being up to par, I’m left with only one way to review this film. It’s a completely subjective answer to one question. Is it scary?

Not to me, it isn’t. As somebody who isn’t prone to superstition and doesn’t have a well-developed love of ghost stories, I didn’t find this movie the least bit spooky. I found it very interesting, especially when I think about the social phenomenon it was at the time. Yet I didn’t for a moment find it scary. I’m sure I’m not alone!

Did it carry the CAPACITY to be scary? Absolutely. Anybody who thought it was real at the time must have been TERRIFIED. Anybody who believes in malevolent witchcraft and ghosts and other things generally lumped into the “occult” would probably find it extremely creepy. One of the biggest horror fans I know finds the ending absolutely chilling and has spent years trying to come up with explanations for it, with each one being more disturbing than the last.

I can’t deny that The Blair Witch Project is something truly unique. I can’t deny that it has the potential to scare you silly and haunt your dreams. I wouldn’t be surprised if this movie sticks in my mind for a long time, because there was something about it that I found deeply compelling. Yet I didn’t find it scary. So I consider it more of a success in experimental film than I do a horror movie.