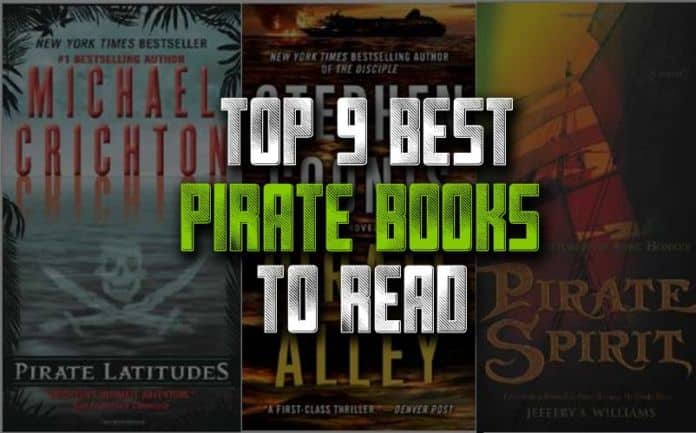 Nothing beats a good pirate book. Pirate tales have it all, don’t they? Sword fights? Check. Adventure? Check. The open sea? Check. So, it’s no surprise that people love a good pirate story. Pirates are prominent on the screen, with movies like Pirates of the Caribbean and shows like Black Sails, but they’ve been a major part of the world of books for over 100 years, with the first major pirate book being Robert Louis Stevenson’s Treasure Island.

So if you’re looking for a swashbuckling adventure and you’re on a treasure hunt for great books about pirates, we’ve got you covered.

Here are the top 9 best pirate books to read that aren’t Treasure Island (because, well, everyone knows it’s the one that started it all): 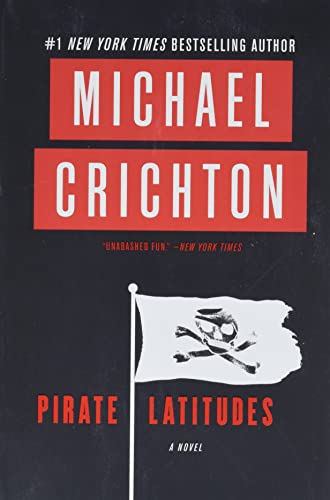 Michael Crichton has a plethora of great must-read books, like The Great Train Robbery, Congo, and of course, Jurassic Park. But he also showed his ability to write one of the most thrilling pirate books of all time with Pirate Latitudes, which was released after his death.

It’s a great action adventure novel which takes place in the 17th century, revolving around a fictional pirate Captain named Charles Hunter and his quest to raid a Spanish galleon, El Trinidad, for the treasure contained within. There is a movie adaptation of the movie in the works by Steven Spielberg, although we haven’t received an update on its progress in quite some time.

That’s good news for you, though, as it gives you plenty of time to read Pirate Latitudes before the movie comes out.

‘The Island’ by Peter Benchley 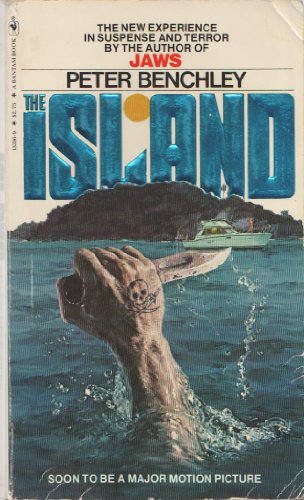 You might have heard of Peter Benchley’s most popular book, Jaws —you know, the one that was adapted to one of the biggest movies of all time. But, Benchley also wrote another tale revolving around the sea titled The Island.

The book follows a journalist in NYC who decides to write a story about the mysteries of the Bermuda Triangle, hoping to solve the unexplained disappearances. He takes his son on a vacation to the Turks and Caicos island chain, where they’re both captured by pirates who have somehow avoided the discovery of their pirate hideout. The boy and his father must escape the clutch of the band of pirates. The Island was also adapted to movie form starring Michael Caine, but it was god awful. Stick with the book. 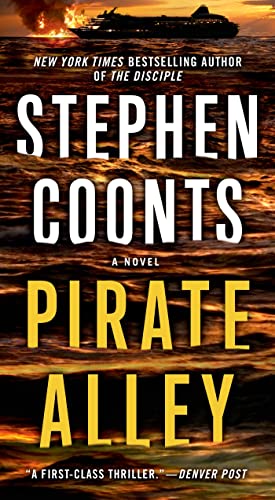 Pirate Alley: A Novel by Stephen Coonts is a fast-paced, scary and ultra-realistic tale filled with truly terrifying pirates. The story revolves around the passengers and crew of a luxury vacation cruise who sees their ship suddenly attacked and captured by modern-day Somali pirates.

The pirates are looking for a $200 million ransom to be paid within seven days, otherwise, they threaten to kill everyone on board the ship. However, there’s a more dangerous conspiracy onboard. Coonts has over seventeen New York Times bestsellers, and this stomach-wrenching pirate novel is another thriller from start to finish.

‘On Stranger Tides’ by Tim Powers 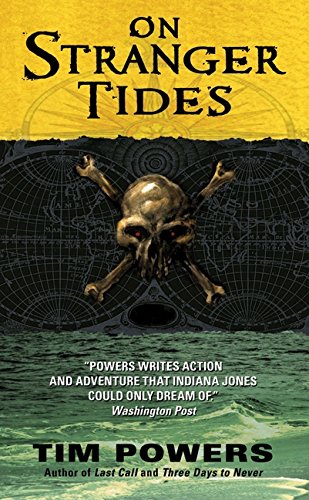 On Stranger Tides
$8.99
Buy it on Amazon

Of course, we all know that the Pirates of the Caribbean movie franchise used Tim Powers’ On Stranger Tides pirate novel for inspiration for its fourth movie. The On Stranger Tides book follows the tale of John Chandagnac, a man on a mission for vengeance who finds himself forced to join a pirate crew.

He dawns the new name of Jack Shandy, and then tries to stop the plans of a mad Oxford professor. On Stranger Tides is elegantly written, and takes pirate adventure to a whole new world involving black magic. (Side note: On Stranger Tides makes a GREAT audiobook, and it’s available on Audible). 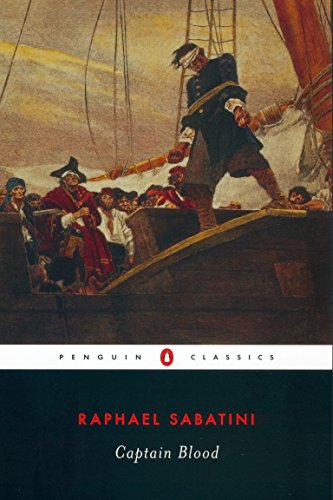 You can imagine that with a name like Captain Blood, Rafael Sabatini wasn’t one to care much about overly eye-shadowed and flamboyant pirates. No, instead, Captain Blood tells the tale of Peter Blood, an honest Irish physician who gets roped into a charge of treason while treating injured rebels.

After escaping, he finds himself alongside convict-slaves whom all overtake a Spanish ship, sailing away to become one of the most successful pirates in the Caribbean. Captain Blood was one of the most popular pirate books upon its initial release, but Sabatini never created a full-blown sequel to Blood’s tale, instead furthering his fictional legacy with numerous short stories. 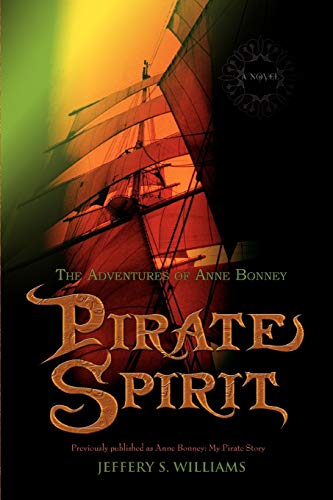 PIRATE SPIRIT: THE ADVENTURES OF ANNE BONNEY
$14.95
Buy it on Amazon

Pirate Spirit by Jeffery Williams follows the tale of Anne Bonney, a real pirate that roamed Ireland, the Carolinas, and Caribbean waters during the 1700s who quickly became one of the most notorious female pirates in history. The book is based on actual historical accounts of this cutthroat pirate, including many of her relationships. Pirate Spirit sheds more of a positive light on Bonney, but it’s still a great read for those interested in a bit of pirate history.

‘Birds of Prey’ by Wilbur Smith 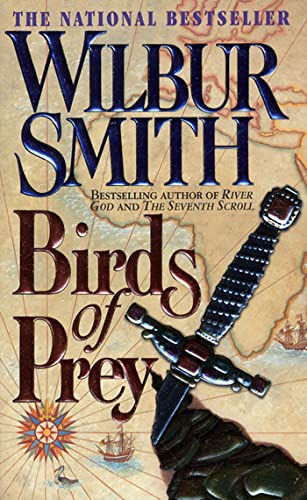 No, this isn’t about Gotham or Batman’s little girl. Instead, Birds of Prey by Wilbur Smith is a pirate book filled with swashbuckling adventures, intrigue, and passion — all set on the high seas of 1667. The book revolves around Sir Francis Courteney and his teenage son Hal who embark on a quest to steal the bounty from within the hulls of the treasure-filled ships of the Dutch East India Company.

Soon after the unfortunate demise of his father, Hal becomes captain and sets out to avenge his father’s death. The book is filled with adventure, sex, and pirates, and it truly immerses you within the setting.

‘The Pirate Hunter’ by Richard Zacks 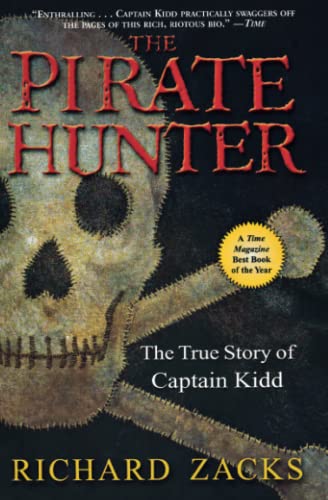 ‘Pirate Hunter of the Caribbean: The Adventurous Life of Captain Woodes Rogers’ by David Cordingly 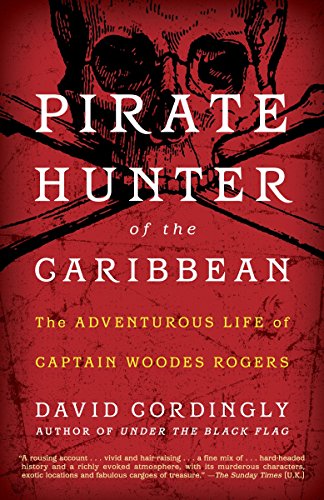 Pirate Hunter of the Caribbean: The Adventurous Life of Captain Woodes Rogers
$18.00
Buy it on Amazon