Mute Review: You’ll Ask ‘Why Did I Watch This?’

*This Mute Review is spoiler-free. A screener was provided by Netflix.*

Neither Alexander Skarsgård nor Duncan Jones are exactly at the top of Hollywood right now, with Skarsgård coming off (and failing miserably in) his last leading role as Tarzan in The Legend of Tarzan, and Jones coming off directing the poorly-received Warcraft adaptation. Luckily, Netflix’s Mute, which stars the former and is directed by the latter, might just be enough to set the two on the straightened path to stardom. 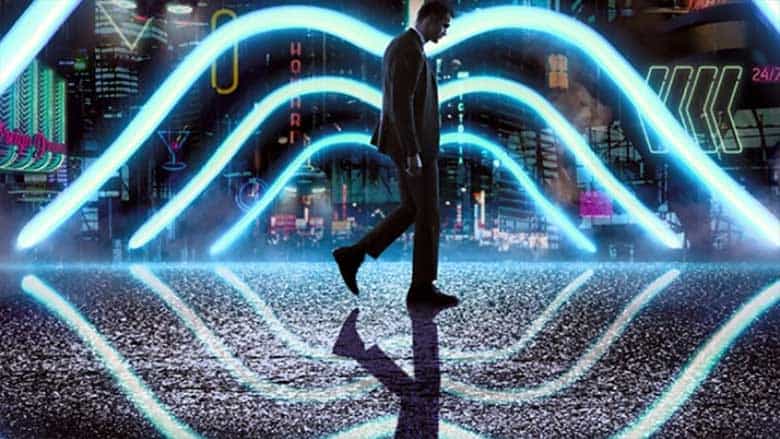 Mute is a tough movie to define, because at face value, it looks like a cyberpunk sci-fi film akin to Blade Runner or Netflix’s own new series, Altered Carbon, complete with all of the neon lights and sex robots you could ask for. But there are more layers to it, for sure. It dips its toes in a quasi love story revolving around Leo (the mute bartender) and his girlfriend, Naadirah (played by Seyneb Saleh), and also serves as a noir mystery revolving around the disappearance of Naadirah.

The cast is its strongest asset, with Skarsgård showing impressive range (without speaking much), Rudd playing an interesting and dynamic villain (with a stellar ‘stache, I might add), and Justin Theroux being as spectacular as usual. Unfortunately, Saleh’s provides a wooden performance as Naadirah, which is a bit jarring.

Mute’s biggest issue is that it’s a bit meandering with its story, servicing two B-stories instead of giving one of them the clear focus. Eventually, when the two otherwise separate stories cross paths, it leads to an unsatisfying ending that feels cheap — almost as though the writers had to rush it in to hit a deadline. The ending is also quite grizzly, which feels out of place with the rest of the movie, feeling like it missed the potential for a pay-off entirely. It’s this serpentine story that also throws off the movie’s pacing, which feels like someone playing with the buttons on an old VCR. 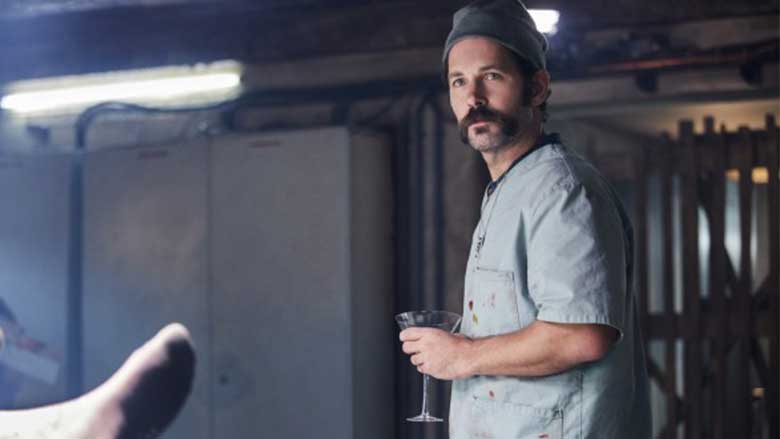 And that’s not the only issue I have with the story. In Mute, there’s a strange focus on Leo taking a deep breath, chugging water, and then continuing to breathe. You’ll see this scene two or maybe even three times before the ending of the film, which sees the “skill” actually used. However, why was Leo doing this in the first place? There’s no possible way he could’ve known that he would need it, which makes the fact that it was a focus so strange.

What’s also strange is that Leo, presumably a former Amish farm boy and now night club bartender, somehow has become an expert in hand-to-hand combat, being able to mow down an entire night club with nothing more than a well-crafted, wooden bed post. There’s no explanation as to how that’s possible, which is most frustrating given the fact that some of the more badass characters were proven fearsome earlier on in the film.

Visually speaking, Mute gives us enough of the typical neon lights and skyscrapers to chew on — and there are even some unique and interesting ideas like food being delivered via drone and the ability to leave away messages/status updates on your front door when you don’t want to be bothered or aren’t home (seriously, why don’t we have that yet?). However, there’s also the all-too-familiar ideas like robot boobs, sex robots, outlandish make-up, and eccentric egomaniacs that you can find in virtually any similar film before it.

Essentially, what Mute ends up being is a pointless movie that feels like an outline of what could eventually become a great movie. The result is a hollow movie that doesn’t offer much along the lines of uniqueness. Sure, it’s watchable, and you’ll likely enjoy the story, but when the credits begin to roll, you’ll find yourself asking “why did I need to watch that?” The answer is that you don’t, but if you find yourself bored on a Tuesday night with nothing else to do, Mute is an okay-enough option.