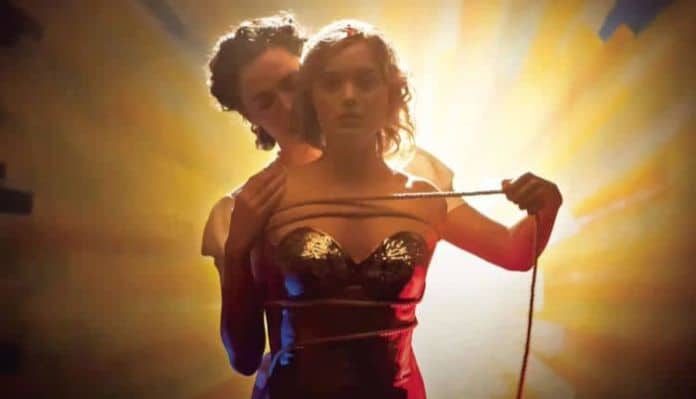 The film is written and directed by Angela Robinson (True Blood) and stars Luke Evans (Beauty and the Beast), Rebecca Hall (Christine), and Bella Heathcote (Pride and Prejudice and Zombies).

Though it may not have been as well received as Patty Jenkins’ Wonder Woman, critics still rated it at an average of 7/10. Not bad for something centered on the rather controversial life of Professor Marston.

Speaking of which, William Moulton Marston was an American psychologist from Harvard who invented an early version of the lie detector. The latter was not his only accomplishment, of course, as he later wrote the Wonder Woman comics. He was heavily inspired by the two women in his life, his wife Elizabeth Holloway Marston and partner Olive Byrne. The movie explains in more than just words, exactly how these two lovely women inspired him. 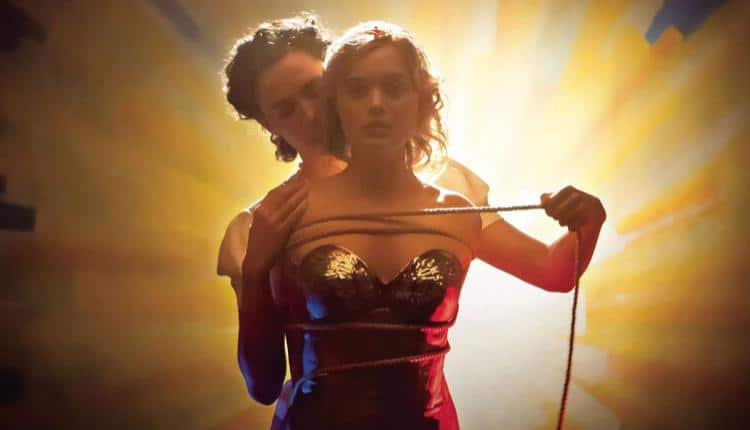 Representation of a functioning polyamorous relationship that is not painted as promiscuous or sinful is extremely important. But I don’t think I realized just how important until I watched Professor Marston and the Wonder Women. I know, of course, that representation and intersectionality are very important, but I have never felt it so strongly before, as I have after watching this film.

In fact, I managed to go through Sense8 without having nearly the same emotional reaction. Sense8, the Netflix series that checked more intersectional boxes than most shows in the history of film with trans, lesbian, and gay characters. I consider myself at least two of those things! Yet Professor Marston and the Wonder Women cut deeper than I ever thought a movie could.

Professor Marston and the Wonder Women showed me that a polyamorous could not only exist, but it could be functional. They had the same doubts and conflicts we (my wife, partner, and I) did but persevered in the end anyway. In fact, they even worked out their arguments in the movie much the same way we do. It felt real and that is what mattered the most.

I could see myself and my loved ones in the characters, we all finally felt like we were not alone. So much so that a version of our relationship was on the big screen, adapted from the actual history of the Wonder Woman comics. It felt huge like maybe we were not the only functional polyamorous relationship in the world. There are plenty of dysfunctional polyamorous relationships documented by BBC and various other channels, but none of them ever felt legitimate or like my experiences at all. 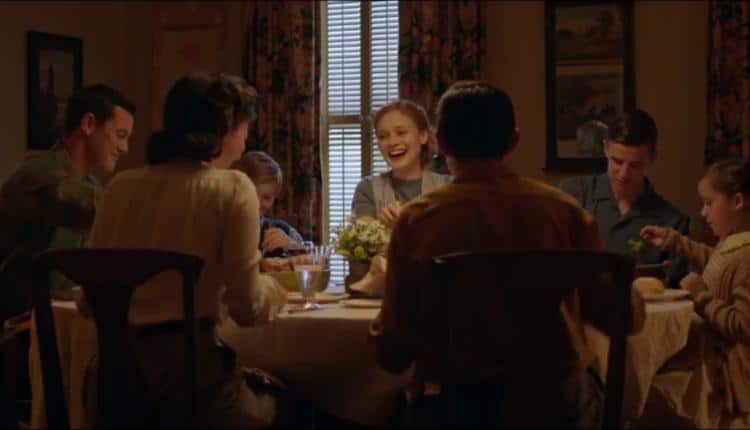 As a writer myself, I could understand Marston’s position as struggling to make a career out of writing and seeing him be so successful in this — with the lifestyle he led — shocked me. I had no idea you could be open about your lifestyle and have a successful career at the same time. It felt unheard of; only for the truly famous with enough money for any risk to not matter.

Though, with a dose of reality, it is not a perfect world. The Marston’s moved often because their neighbors would eventually find out and outcast them. In fact, as seen in the movie, the Wonder Woman comics stirred quite a bit of controversy with all of its liberal content on bondage, strong women, and forward ideas on the subject of women. The primary religion in America would often organize burnings of comic books, Wonder Woman included, as seen at the beginning of the film.

Needless to say, being open about a polyamorous lifestyle was not wise in the 1930s, nor is it now. Some may say Western society has come a long way since then and they are not entirely wrong. Same-sex couples can get married and have been able to for quite some time, in Canada at least. But there is still far too much work to do. For example, acknowledging that transitioning is a medical need and not merely a cosmetic change would be a good start.

Nonetheless, Professor Marston and the Wonder Women is an enormous step towards helping the public understand what polyamory means and allowing people like me to come out of the closet with confidence. Confidence that we are not alone, our relationship is not some disgusting male fantasy reserved for certain media, and as Mr. Marston said in the film, “the world can’t stop us.” Once more, representation is extremely important.

Interested in checking it out? You can watch Professor Marston & The Wonder Women with Amazon Video.