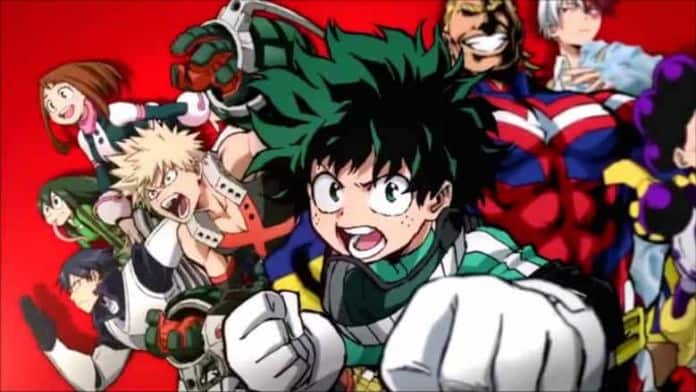 Legendary Entertainment announced to shareholders yesterday that the studio is in early development on a My Hero Academia live-action movie. The plan is to convert the massively successful Japanese manga and anime into a feature film that will capitalize on the global market.

The series was created by Kohei Horikoshi and first appeared as superhero manga series for Jump Comics in July 2014. The series was then developed into a Japanese anime via Bones, Inc. with the first season launching April 2016.

If you’re unfamiliar with the property, here’s a brief synopsis of the manga series from Wikipedia which will serve as the basis for the My Hero Academia live-action movie:

“In a world where people with superpowers (known as “Quirks”) are the norm, Izuku Midoriya has dreams of one day becoming a Hero, despite being bullied by his classmates for not having a Quirk. After being the only one to try and save his childhood friend Katsuki Bakugo from a villain, All Might, the world’s greatest Hero, bestows upon him his own Quirk “One For All”.

The story follows Izuku’s entrance into U.A. High School, a school that cultivates the next generation of superheroes. As Izuku and his new friends try to balance their Hero training with ordinary school duties, they must face new challenges including the League of Villains, an evil organization established by All Might’s archenemy, All For One, to destroy all Heroes and take control of society.”

Outside of the manga and anime, My Hero Academia was also developed into video games. My Hero Academia: Battle for All was published in Japan by Bandai Namco Entertainment for the Nintendo 3DS back in May 2016. And a second titled, My Hero One’s Justice, is slated to release on the PC, PlayStation 4, Xbox One and Nintendo Switch tomorrow.