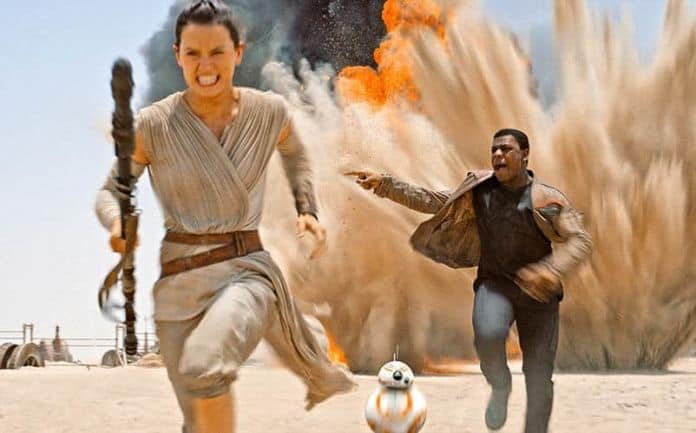 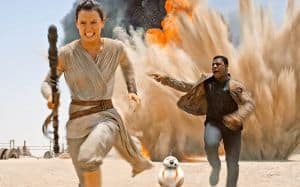 Like most, I was skeptical of Star Wars: The Force Awakens going into it. Not because of the casting or anything to do with J.J. Abrams, Lawrence Kasdan or Michael Arndt. It was simply because I doubted that the movie could live up to the greatness of the original trilogy (and yes, even the prequels).

After years of anticipation, I’ll just quickly say that The Force Awakens lives up to its potential, and exceeded my expectations.

Most commendable about the new Star Wars film is its new band of characters. Poe Dameron (played by Oscar Isaac), Finn (John Boyega), and Rey (Daisy Ridley) are all strong characters. The on-screen chemistry of Poe, Finn, and Rey is reminiscent of Han, Luke, and Leia, as there is witty banter throughout. I’ll also give credit to Lupita Nyong’o as Maz Kanata, although her screen time was short lived.Surprisingly, I didn’t hate Adam Driver as Kylo Ren (like I expected I would), and his portrayal of the menacing Darth Vader replacement was very well done. The way that Ren has this calmed, low-toned voice while wearing his mask adds to his appeal as a villain. Of course, Ren isn’t the only newbie villain introduced, as we’re shown Captain Phasma (who disappointingly doesn’t take the mask off), General Hux, and Supreme Leader Snoke. The movie focuses on developing Ren moreso than the other baddies, but we’ll obviously learn more about these new villains in the next film.

It’s also noteworthy that the new cast additions are a diverse mix. Here you have a strong female lead character in Rey who isn’t dressed in scantily clad clothing, and a black lead character that is the focal point of a movie in the biggest sci-fi franchise ever. 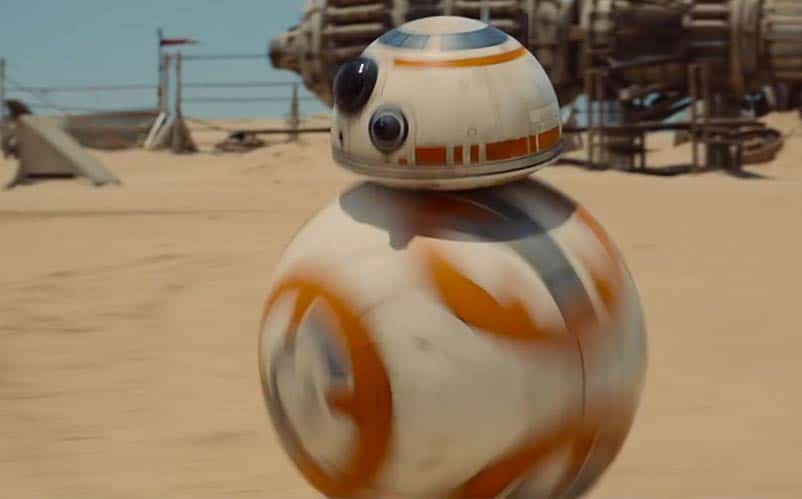 It’s undeniable that BB-8 is the most enjoyable part of the movie. Somehow, this voiceless droid continually made us laugh, through simple beeps and movement, and the way he moves is remarkable. He’s a droid filled with personality, just like C3pO and R2-D2, and he’s a welcomed addition to the franchise, as he lives up to the hype surrounding him prior to the film’s release. He’s like a mix of Wall-E and R2-D2, and it works well on-screen.

As far as the story is concerned, Abrams and company has introduced us to the new characters and put a nice, neat little bow on it all, setting us up for the perfect ending (that sets up Episode 8 rather nicely, I might add). The story doesn’t feel forced, and although it takes plots from original trilogy, it doesn’t feel like just more of the same material. Sure, there are nods to the original trilogy as expected (which are notably well-timed as to also not feel forced), but for the most part, you’re getting what feels like an all-new story that lays the groundwork for more films. 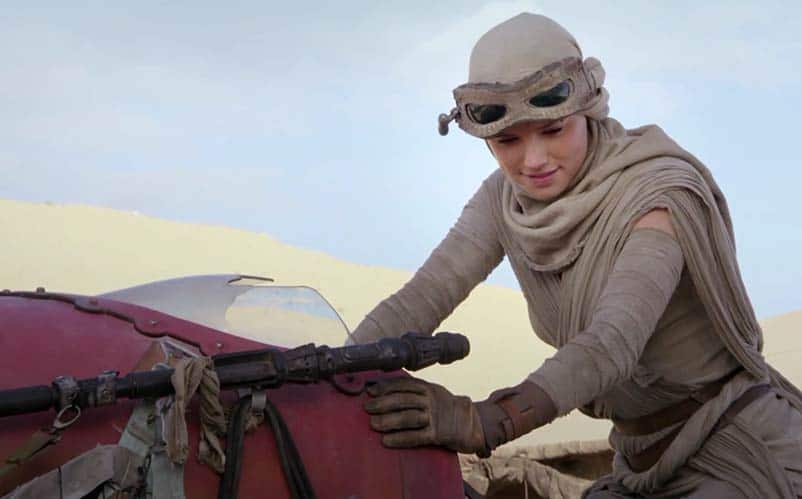 It’s clear that Abrams wanted to play to those who preferred the original trilogy over the prequels (which is the majority of Star Wars fans). Although we ended up loving The Force Awakens, we’re still left with unanswered questions and a few underdeveloped characters that we’d like to see more of. Now, we have plenty to think about after seeing the new film. Who is Rey’s mysterious family? Will Luke become Rey’s master and teach her the ways of the force? Will we see the return of Lando in Episode 8? Overall, Abrams’ reboot is a great attempt at capturing the same essence and ideas of the original movies and re-introducing them to a new generation of fans.