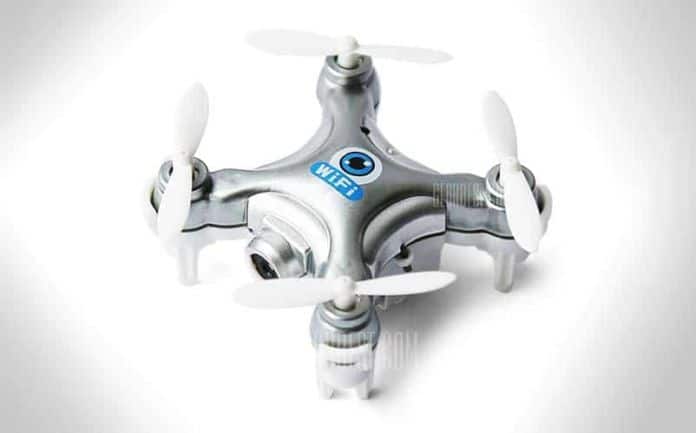 It should be no secret that we love drones. There are all different types of drones — quadcopters with cameras, some intended solely for racing, and toy drones intended to just annoy your family with. But one of our favorite categories is nano drones, drones so micro that you can easily hold them in the palm of your hand and take them with you virtually anywhere. And, one of the best in that category is the new Cheerson CX-10W Nano Drone.

This little bugger measures in at just 32mm wide by 22mm tall, and it has a complete 6 axis gyroscope that gives pilots ultimate control. The nano drone is also incredibly light, weighing just 15g. It comes with a USB charging cable, four spare blades, and an operation manual. It’s controlled with your smartphone (works on both iOS and Android via the CX-10WiFi app), and there’s also a controller available and sold separately if you’d rather use a physical controller.

Of course, don’t expect the camera to be out of this world, but it does have surprisingly high quality for its size. Images come through clear, and the footage being streamed live to your smartphone is easily seen. It has a flight time of four minutes, and it takes roughly an hour to charge. Despite its short battery life, it’s still one of our favorite nano drones on the market, mostly due to its agility (and the fact that you don’t need to carry around a separate controller in your pocket to take it on the go).

It’s available in three different colors: light gray, rose, or golden, and it can be purchased now at Gearbest.com for $32.99. 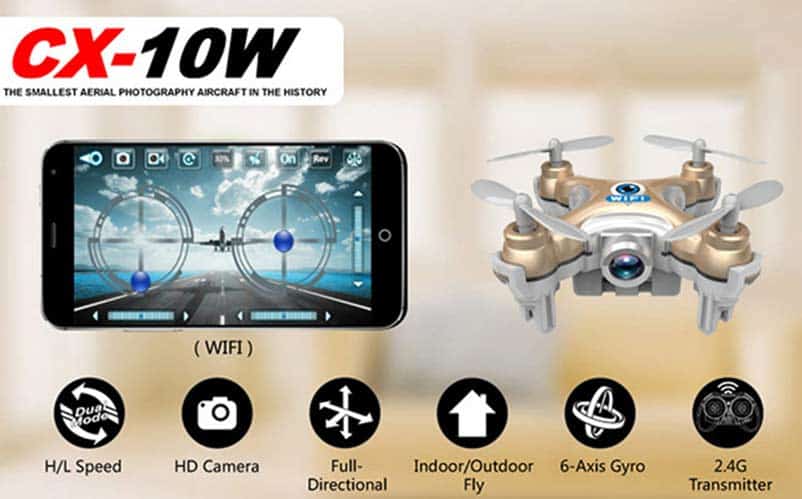