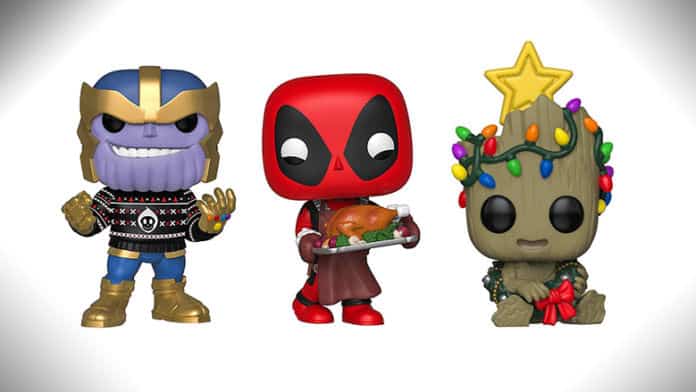 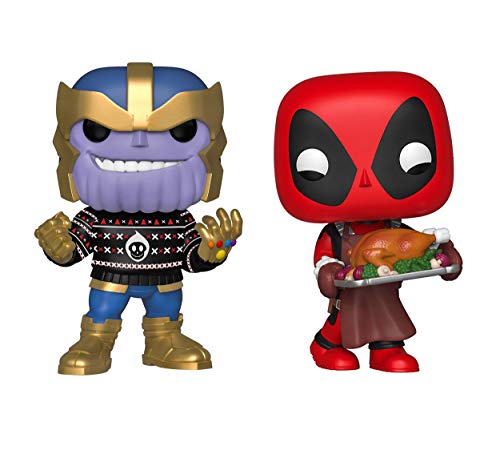 ‘Tis the season to rough and tumble with bad guys from all over the galaxy. Or to be jolly? With all of these Marvel Holiday Funko Pops!, it’s difficult to remember if we’re prepping for a joyous holiday or the eradication of half the population.

Let’s be real, Thanos isn’t less threatening just because he’s sporting an ugly Christmas sweater. Somehow, it’s infinitely worse, and his devilish smirk lets us know he’s aware of just how bad it is. Even his sweater sports a skeletal symbol, surely to depict the end of half the universe as we know it.

Luckily, the Avengers have assembled with this assortment of POP! figures, all depicting holiday versions of your favorite Marvel characters. Thanos may be looking to halve his Christmas shopping list with just a snap, but Snowman Captain America, Holiday Baby Groot, Snowblower Rocket, Christmas Sweater Spider-Man, and Gift-Giver Hulk are here to stop them.

Even Deadpool has shown up, either with a Christmas turkey or a pair of deadly candy canes.

Collect all Marvel Christmas Funko figures for a holiday display unlike any other. To help bring some Christmas cheer to this battle of the holiday spirit is Potted Plant Groot, decorated and ready for Santa’s arrival.

Forget the Christmas village and toss out your nativity scene. It’s all about Marvel this holiday season! Each holiday-themed POP! features an iconic Marvel character decked out for Christmas Day.

POP! Vinyls include Captain America, Baby Groot, Potted Plant Groot, Rocket Racoon, Spider-Man, The Incredible Hulk, Deadpool, and Thanos with the Infinity Gauntlet. It’s going to be one heck of a battle for Christmas when the Avengers come together to do battle with Thanos one more time.

All POP! Vinyl figures come in a display box and measure approximately 3.75” tall.