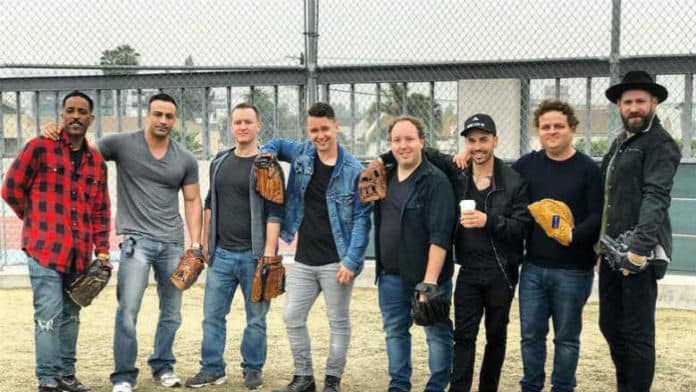 If you’ve been waiting over 25 years for a sequel to 1993’s The Sandlot, your time at the plate has finally come. During a recent appearance on The Rain Delay podcast, the nostalgic film’s original writer and director, David Mickey Evans, announced that a The Sandlot TV series is getting warmed up.

As to what The Sandlot sequel TV show will be about, David Mickey Evans didn’t say specifically. But he did state it would take place in 1984 with the majority of the kids now roughly 33 years old. And thanks to the ending of the original movie, that gives us an idea as to what most of the characters were up to at that point.

David Mickey Evans did confirm though that the series, already confirmed for two seasons, was purchased by one of the numerous streaming services out there. So theoretically, it could find a home on Netflix, Amazon, Hulu, or maybe even Disney+ now that they’ve purchased 20th Century Fox who holds the original movie’s right.

Back in August, Deadline reported that a The Sandlot prequel was in the works and would be coming via 20th Century Fox. David Mackey Evans was also attached to co-write that project as well. It’s unclear whether that prequel evolved into The Sandlot sequel TV show we’re discussing today, or rather both projects will live on simultaneously. With baseball season getting into gear, hopefully we’ll hear something more about this potential home run soon.