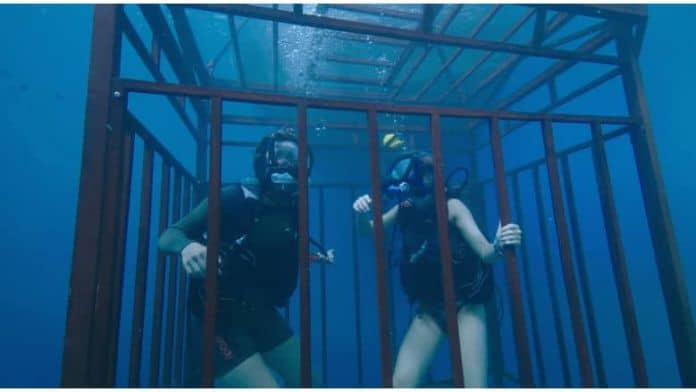 Johannes Roberts’ 47 Meters Down made about $62 million at the box office following its release last year in the U.S. and U.K. But when your budget is a mere $5.3 million, that’s a pretty big success. So it shouldn’t be a shock that a sequel is on the way. And that sequel is now officially titled 47 Meters Down – Unchained.

The first film was led by Mandy Moore with the support cast consisting of Claire Holt, Chris J. Johnson, Yani Gellman, Santiago Seguram, Matthew Modine and Mayra Juarez. 47 Meters Down – Unchained has some noteworthy names attached to it now too. Some of them playing a role on film for the first time.

Both Corrine Foxx (daughter or Jamie Foxx) and Sistine Stallone (daughter of Sylvester Stallone) will make their film debut within 47 Meters Down – Uncaged. Joining them on the project are John Corbett, Nia Long, Sophie Nelisse, Brianne Tju, Davi Santos and Khylin Rhambo

Byron Allen, CEO of Entertainment Studios, made the following statement following the 47 Meters Down – Uncaged announcement:

“The sequel 47 Meters Down – Uncaged is well-positioned to be a big summer event movie. The shark-filled psychological horror/thriller will once again have moviegoers overwhelmed and on the edge of their seats being terrorized by the world’s greatest predators!”

The plot is described as “the story of four teens diving in a ruined underwater city, who quickly find themselves in a watery hell as their adventure turns to horror when they learn they are not alone in the submerged caves. As they swim deeper into the claustrophobic labyrinth of caves they enter the territory of the deadliest shark species in the ocean.”

It sounds as though sharks will play a prominent role once again in the horror sequel, but this go around seems like it will add an addition threat. Whether that’s a form of man or a creature of some sorts in these caves, we’ll have to wait and see.

47 Meters Down – Uncaged is planned for a pretty wide release next year. It will grace 3,500+ screens when it releases on June 28th.