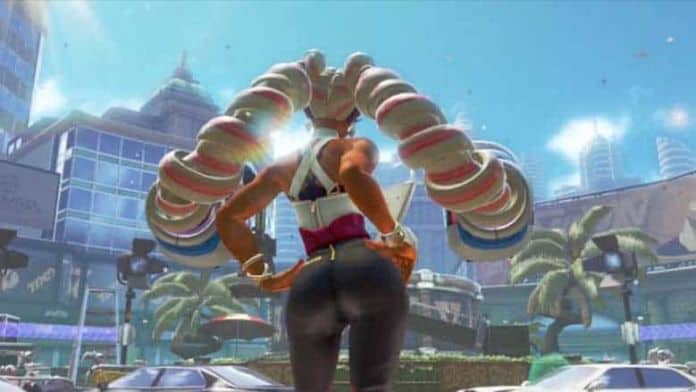 Let’s talk about Nintendo’s most uniquely designed character of the Switch generation: Arms’ Twintelle – bringing sexy to the Switch.

Sexy doesn’t mean disempowered. This isn’t news—but when it comes to video games this statement becomes grey. A video game character can be both sexualized and empowered but it has to be done in the right context.

Those who rally for better representation of women in games often cite the over sexualization of women in games as a negative that needs to end. We have plenty of examples of this: from scantily clad armor to games that make objectification a core part of the experience to a little bit of side lady parts in your Street Fighter.

Yet this same community that speaks out against women’s objectification in games rallies around characters like Twintelle (and aren’t shy about praising her shapely backside on the internet). To some, these two things are at odds.

“If we don’t want female characters in video games to just be eye candy should we really be retweeting Twintelle’s butt?” 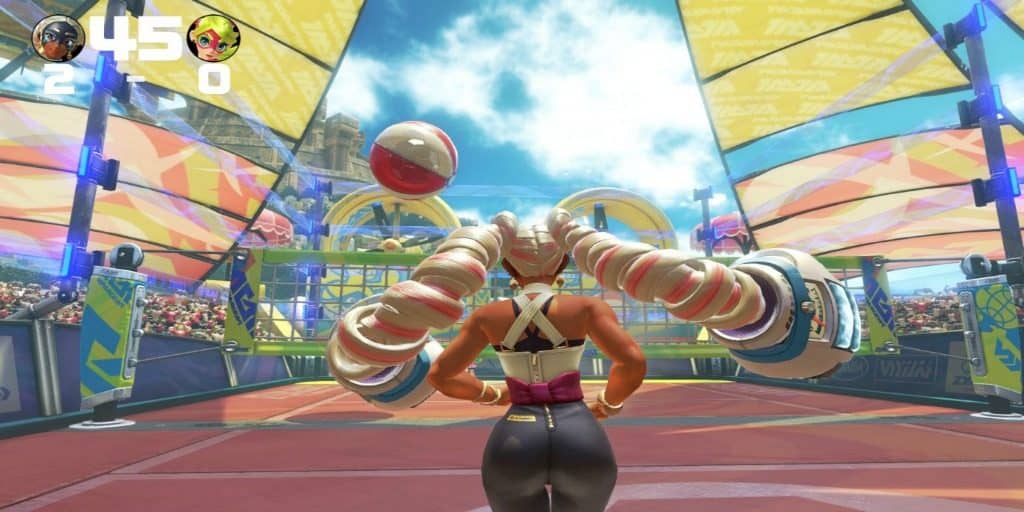 It’s a valid question. But given the right parameters we can admire ass while demanding more than that from our characters;  these two ideas can, and do, co-exist.

When it comes to Twintelle, and other “sexy” female characters, it’s all about context.

We must ask ourselves two things:

What world are they in and what other women characters inhabit it? And how does their “sexiness” function with other physical and personal attributes (i.e does her sexiness help inform her character on a deeper level?).

In the case of ARMS, the world and lore is whacky:
extendable arms “is it hereditary, a mutation, or a result of extraterrestrial experimentation… historians have attempted to pinpoint the origin but each attempt has ended in failure, as if held back by an invisible hand…[these fighters] just woke up one morning and bam! extendable arms” (via Nintendo direct below).

I mean, what? This game is ridiculous and isn’t afraid to admit it; albeit with a few too many puns (or not enough puns?). ARMS’ goofy backstory lends itself to over the top stages and character design. Thus, it becomes acceptable that Twintelle would be completely fabulous; right down to having a perfectly sculpted butt: 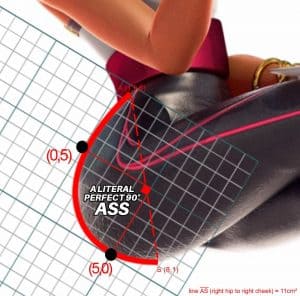 Of course, having cartoon characteristics doesn’t give games a social pass (see also: my critique of Super Mario Odyssey). But in the case of ARMs, characters are designed with extremes in mind. That being said, Twintelle’s sexiness is praised because it’s surprisingly well done.

Sure she has a great ass that the camera certainly emphasizes but all of it comes off as genuine. As in this is an outfit someone would actually wear as opposed to the typical sexualization we get (aka boob windows and lingerie).

But really Twintelle thrives because she exists amongst a cast of women who—despite the emphasis on arm selection—are about more than their bodies. 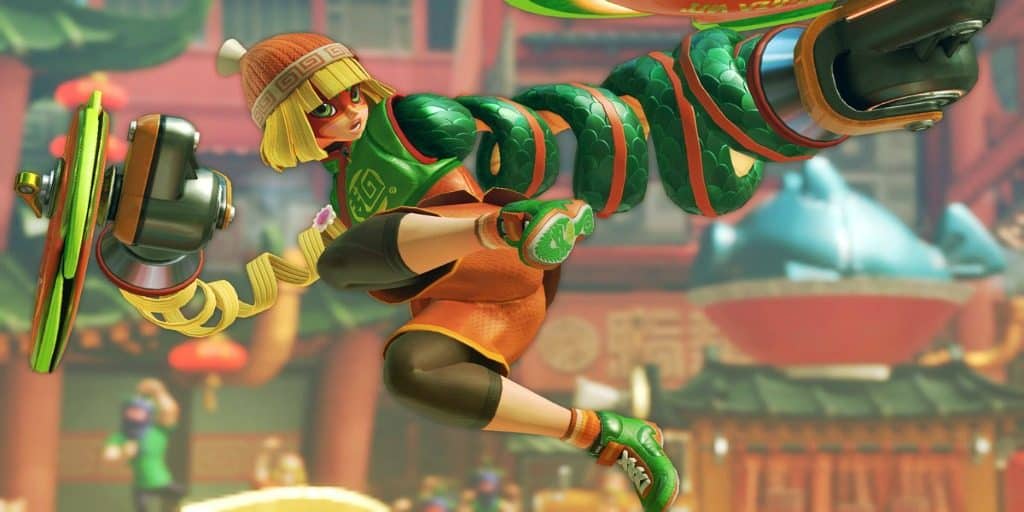 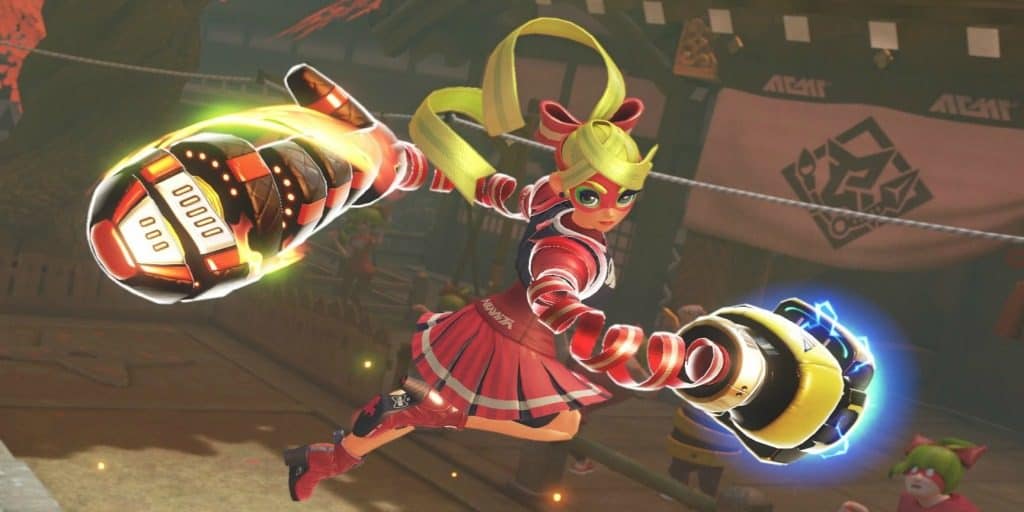 All the fighters are designed with diversity in mind when it comes to aesthetics, abilities, gender, and general type (i.e human vs. science experiment, etc.).

Most importantly, we have a roster of women that aren’t entirely about ass. The majority of gamers have never been against “sexy” women in games; rather, some gamers are against the singular, hyperbolic depiction of what it means to be a sexy woman in a video game.

Of course, our silver screen queen is stereotypical in her beauty and sex appeal but no singular character can embody everything for everyone. But hopefully with each woman character included in a video games more and more people feel represented.

A character shouldn’t be “sexy” just for the sake of being sexy. In the case of Twintelle her sex appeal matches her backstory and persona. She’s a “mega celeb” actress whose aura leaves opponents literally starstruck. Twintelle’s hobbies include “sniffing luxury fragrances” and “fitness;” you better believe she has a killer body.

For once, a nice butt is a logical narrative component.

It’s okay that Twintelle has a nice ass because it’s part of why she’s a badass. She exudes confidence as she struts off the arena. She overwhelms us with grace as she leaps in the air. And she will slap you right in the face with those glorious strands. Twintelle has Rihanna levels of fierce going for her. Twintelle knows she looks good in those pants and is utterly unbothered. And in this way video games imitate life. Twintelle is that girl with the steamy selfies who takes them because she was just “feeling cute today”–and that’s with or without your “likes”/approval.

Twintelle is Fierce but Not Flawless

As a woman of color, specifically, I vibe with Twintelle. I am always here for brown girls in video games doing their thing–especially when it involves sipping tea over their enemies. 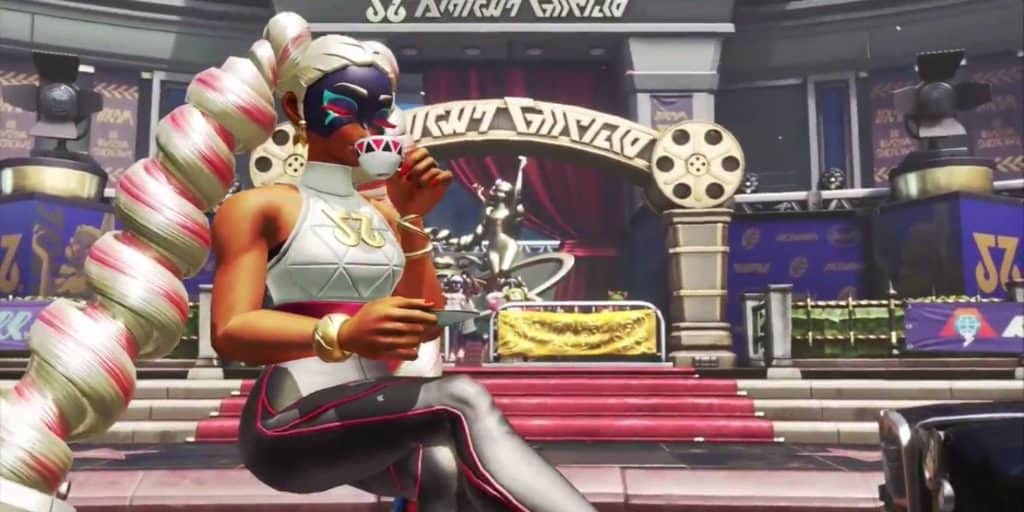 But as much as I love Twintelle for being the “bad bitch/chingona” I also recognize the femme fatale trope is often one of the few roles women of color are allowed to embody. Curves and confidence are great but we are so much more than that.

Still, praising Twintelle’s sexiness feels warranted because the way she’s depicted doesn’t feel like it’s done to please the male gaze; it feels part of her the way it could be part of anyone. And her (stereotypical) femininity becomes refreshing when paired with her muscular physique and autonomy; it’s a punch in the face to the idea that a damsel needs to be a ditz.

Twintelle’s sexiness is self-love as opposed to sleazy. And that’s something gamers can get behind.

Previous articleA Way Out: How Competition Actually Drives the Experience
Next articleWestworld Season 3 Expected in 2020
Janet Garciahttps://www.youtube.com/channel/UCnfZ6eVYE4X2dzDixD5cNrw/featured
Janet Garcia is an editorial writer with bylines at IGN, Kotaku, and more. Her favorite genres are platformers, puzzle games, and simulators but in reality she spends most of her time playing FIFA tournaments in her apartment.