Ahh, we all love a good horror book, am I right? And, what’s more horrific than zombies?

There are plenty of zombie books out now that aren’t all the same, with many of them bringing unique ideas and concepts to the genre. It all started with the classic I Am Legend by Richard Matheson back in the 1950s, and the zombie genre has exploded ever since.

Now, seemingly everything has a zombie theme — books, movies, TV shows and especially video games. We’re okay with that though, since we’re obsessed with zombie stuff, too.

Below, you’ll find 11 of our absolute favorite zombie books (some series). I should probably note that we didn’t include any zombie comedies (although there are quite a few that could be on this list). Instead, we chose books that were focused on the horror. 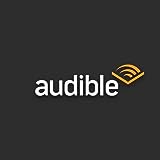 Audible Membership
Buy it on Amazon

1 ‘The Reapers Are the Angels’ by Alden Bell

The Reapers Are the Angels
$13.44
Buy it on Amazon

Even though The Reapers Are the Angels by Alden Bell focuses on a 15-year-old, that doesn’t mean it’s a YA book. In fact, it’s quite the opposite, so don’t let the protagonist, named Temple, fool you.

This isn’t your everyday zombie novel, and its unique take on the loneliness aspect of a zombie apocalypse from a young perspective is our reason for including it among the best. Temple’s story takes place in the near future 25-years after zombies first appear, a perfect setting to explore a society caught between what it once was and a brutal new world. If you can get past the fact that the zombies in the book are actually called “slugs” — not walkers, zeds, Zs or anything more common — then we suggest not passing up this stunning tale.

World War Z: An Oral History of the Zombie War
$9.99
Buy it on Amazon

Sure, you could waste your time and just watch the World War Z movie, but the book was better in every way imaginable. World War Z (the novel) manages to scare readers with its plausibility, as it sounds like a zombie apocalypse that could actually happen. Brooks’ gritty zombie novel shows what would happen in a post war culture when zombies are involved, and the unforgiving brutality of it all hits close to home.

Slow Burn: Zero Day (Book 1) is your pretty typical storyline from a zombie movie or book, but the way it’s told is worth highlighting. It revolves around protagonist Zed Zane who finds his mother dead on the living room floor where his zombified stepdad looks on with crazy eyes and a rabid blood-lust. The events that follow make for a great thriller. The series is well-written, and this first book gets the action started right away and keeps the pace throughout — it’s tough to put down.

Monster Island: A Zombie Novel
$10.19
Buy it on Amazon

Monster Island by David Wellington takes place just a month after the zombie apocalypse begins where just a few pockets of humanity remain. Its brutality and unforgiving nature, pitting mankind against seemingly impossible odds are an ode to I Am Legend (the novel, not the movie, although that was also good). The story pairs a military man with an army of schoolgirls in an effort to find medical supplies in a zombie-infested New York City. Monster Island is energetic and has an even frantic pace at times, and is a necessary read for zombie lovers.

5 ‘The Rising’ by Brian Keene

The Rising: Author's Preferred Edition
$14.99
Buy it on Amazon

How about a zombie book that has been highly regarded by the masses, translated into over a dozen languages, and is one of the best-selling zombie books of all-time? Check out The Rising by Brian Keene, a story revolving around a father (and a few new friends) fighting his way across post-apocalyptic zombie-infested lands in search of his young son.

The Rising is a tale of perseverance when faced with impossible odds, and it delves deeply into what a man would do to find his lost child. On this list, it is the hardest-hitting, longest-resonating zombie book to read.

If you read The Rising, we also recommend checking out its sequel, City of the Dead, which is just as good if not better than its predecessor.

6 The Newsflesh Trilogy by Mira Grant

The first novel of Mira Grant’s Newsflesh Trilogy, Feed, is the best in the series, and it has an interesting premise where cancer has been cured…but replaced with a bloodthirsty hunger for those who have been cured. 20 years following the outbreak, a couple of journalists aim to uncover the dark conspiracy at the root of the disease. Book 2, Deadline, and Book 3, Blackout, are also fantastic reads (and highly-rated).

The idea is that Feed, Deadline, and Blackout are supposed to (and do) have parallels with the real world we live in now, and that’s part of what makes them electrifying.

Honestly, I hadn’t heard about The Girl With All the Gifts until the movie came out in 2017. Somehow, it flew way under my radar. But, I’m so glad that I went back to read it because it’s even more powerful than the movie.

The story follows a unique zombie plague (unique in that it’s fungal, not viral or bacterial). And the book takes place 20 years following the initial outbreak, and unfortunately, I can’t tell you much more than that in fear of spoiling it for you.

The book has well-written female protagonists that don’t feel rushed or just thrown in for the sake of being there. It’s a uniquely heartfelt zombie book that you won’t be able to put down.

8 ‘The Forest of Hands and Teeth’ by Carrie Ryan

The Forest of Hands and Teeth
$7.99
Buy it on Amazon

Essentially, all you really need to know about The Forest of Hands and Teeth by Carrie Ryan is that it’s like M. Night Shyamalan’s The Village, except what’s beyond the fence is actually freight-inducing.

You guessed it – zombies roam beyond the fence. The story follows Mary, who lives within the village’s walls until, one day, the Unconsecrated breach.

Also, if you take a look at our list of upcoming zombie movies, you’ll notice that there’s a Forest of Hands and Teeth movie in the works, with Game of Thrones’ Maisie Williams set to star.

Devil’s Wake by Steven Barnes is more than just a brilliantly out-there premise. In Devil’s Wake, an alien race attempts to bring Earth’s civilization crumbling to its knees by using a zombie plague.

The story follows a group who must venture a thousand miles in an old school bus while battling hordes of zombies, raiders, and each other.

Yes, the premise is, admittedly, a bit much – but I think that’s part of what makes Devil’s Wake so enjoyable. It’s a book that knows exactly what it needs to be: fun and horrifying.

10 ‘This is Not a Test’ by Courtney Summers

A common theme about zombie apocalypses is that zombies can become the very least of your worries when other humans are involved. In This Is Not a Test, that theme is the most prominent.

The book is set at the height of a zombie outbreak and follows six students who take to the local high school for shelter. While the ravenous undead pound on the windows and doors to get inside, the six individuals fight for survival within the school’s walls.

It’s a book that delves into the desperateness of a person’s own survival and how far people will go when they’re forced to find a way.

What’s most unique about David Moody’s Autumn series is that it achieves so much without once dropping the Z word. The plague that creates this novel’s zed problem is the quickest-moving diseases we’ve seen yet, with 99% of the world’s population being wiped out in just 24 hours. Slowly after their initial deaths, these zombies begin regaining their basic senses. Essentially, that means they start out as Night of the Living Dead zombies, but then end up more akin to World War Z’s zombies.

It follows a small group of survivors who find themselves battling against the endless wave of the undead. It’s action-packed and suspenseful, while never being too over-the-top with its gore.

More from Nerd Much?
Books