Home Books Every Heart a Doorway by Seanan McGuire Review 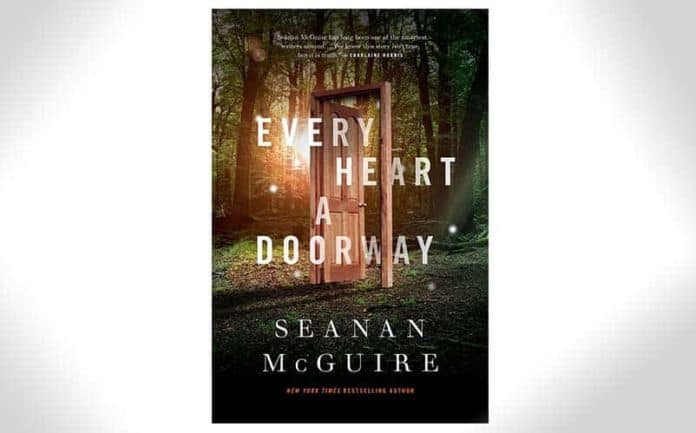 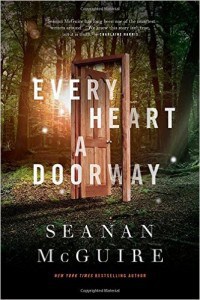 Have you ever found yourself wondering what happened to those children in stories who stumbled upon a fantasy world, such as Wonderland or Oz, and then came back to the “real world?” Seanan Mcguire addresses that question in Every Heart a Doorway, and as it turns out, the answer is pretty bleak.

Mcguire is the author of the popular InCryptid and October Daye series, but this stunning fantasy novella is something else entirely, and I would highly recommend it whether or not you are a fan of her other works; it is appropriate for teens and adults alike.

The entirety of the story takes places at Eleanor Wests’s Home for Wayward Children, although the various fantasy worlds that the children have visited are alluded to and each one is absolutely breathtaking. It is mainly from the point of view of Nancy, a newcomer to the home who, like all the others, is desperately searching for the doorway to return to her world; her parents have dropped her at Miss West’s doorstep because they can no longer handle the changes in their daughter. Naturally, all the adults assume that their children are suffering from delusions following their mysterious disappearances, so Miss Wests’s boarding school is ostensibly an insane asylum of sorts. She has been through a doorway herself, however, so she is well-equipped for helping these children cope with their grief.

As novels that involve children travelling to fantasy worlds are typically brimming with wonder and hope, it is interesting to see the other side of the coin. McGuire provides glimpses into those worlds, but they serve only to highlight the stark contrast between the beauty of the fantasy realms and the harshness of reality; they are like bright points against a background of gray. It’s apparent that each of these children was something of a misfit prior to their travels (one is transgender, and Nancy herself is asexual), and each was called to a the world that best suited their personality and came to think of it as home. Now, they struggle with feeling like they don’t belong anywhere, which is a feeling many teens can identify with.

The biggest concern for me was that, when it became clear what the author was setting out to do, there was no way she was going to be able to accomplish it in 173 pages and it would begin to feel rushed. This fear proved to be unfounded, however; the plot moves along at a steady pace, the characters are fully realized, and the ending was satisfying. In fact, I finished the book feeling that more pages would have detracted from the poignancy. Many of the worlds were not described at great length, but the references still managed to give the impression of a spectrum of universes as unique and varied as the characters. These details manage to evoke a sense of longing in the reader, owing in large part to the author’s lyrical prose.

There were a few parts where the writing was rather clumsy. For example, the scene where Kade is introduced as transgender and Nancy as asexual felt rather contrived and awkward. It’s commendable that the author chose to include two of the main characters on the LGBTQ+ spectrum, but the way in which she went about that particular conversation felt a little unnatural. The student body is largely accepting of Kade’s identity, and not once does anyone in the story misgender him; however, it’s a bit odd that he was kicked out of his world due to this same gender identity when every other child was drawn to their world because of who they are at heart. He had the unique misfortune of being an outcast on both counts. Also, there was a point towards the end where it briefly switched perspectives in a rather confusing manner. Other than those minor hiccups, the story flowed elegantly.

Every Heart a Doorway is haunting and melancholy and beautiful. I laughed at parts from the witty dialogue, and cried at others; for a short book, it certainly packs a punch. I was thrilled to discover that it is intended to be the first book of a series, and that later books will, in fact, explore the children’s fantasy worlds in greater depth. All fantasy fans should give this book a try; it’s the kind of book you can easily devour in one sitting, and has the potential to become an instant classic.