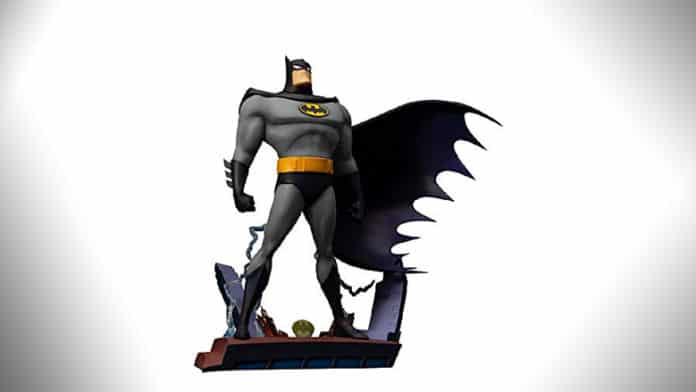 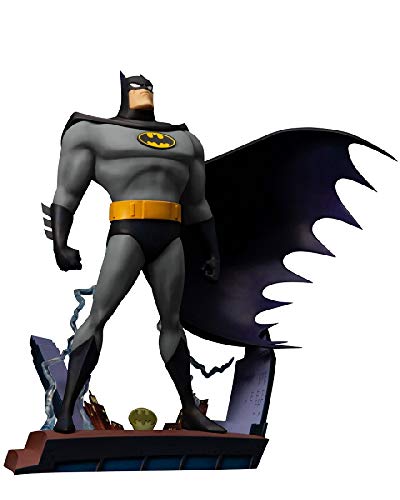 Looking for an awesome Batman: The Animated Series statue? We’ve got you covered.

A trio of Gotham City Police blimps cast shadows against the crimson sky as their dual searchlights pierce the air and scour the streets below. An explosion suddenly tears through the silence as a bank is engulfed in flames and two shadowy figures make a run for it. They dash through alleys, dodging the police and making their way onto a rooftop where they believe they are finally safe. But Batman has been up there waiting for them. The criminals do not have time to fire their weapons before they are flung out of their hands by one flick of a Batarang and within seconds, Batman pounces. Immediately, one goes down beneath his fists and while the other attempts to get a few punches in, he cannot seem to land a single blow on the constantly shifting Dark Knight. All it takes is one uppercut to knock the criminal out cold.

Not soon thereafter, the police finally arrive to find both criminals bound, gagged, and ready to be taken into custody. Above the city Batman stands proud and menacing, engulfed in darkness. Lightning strikes behind him, illuminating Gotham’s protector and sending a message to every criminal in the city: run.

This Batman: The Animated Series Open Sequence Ver. 1:10 Scale ARTFX+ Statue by Kotobukiya immortalizes that last moment of the iconic title sequence of the classic television series. With a base that features a sculpted Bat Signal shining bright amongst the nighttime skyline of Gotham City, and a crack of three-dimensional lighting that rips through the space behind the World’s Greatest Detective, this statue is the cartoon brought to life in vivid detail.

Crafted in honor of the 80th anniversary of Bob Kane and Bill Finger’s iconic hero, this 8 1/2” tall ARTFX+ series statue makes the perfect gift for yourself or any and all fans of the Caped Crusader.

This item is set to release in November and is currently available for pre-order for $89.99.