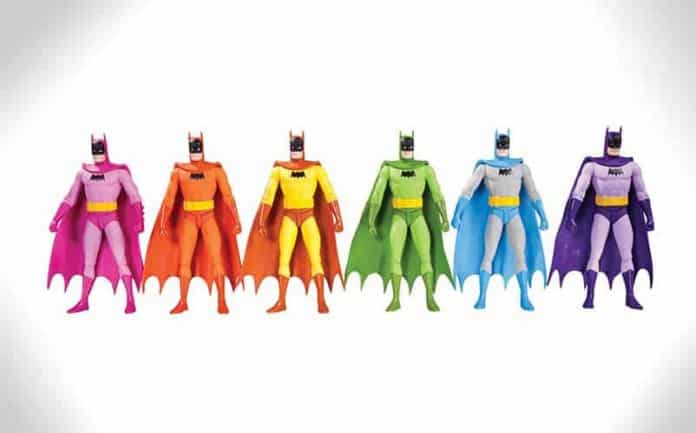 You might have noticed something about typical Batman toys — they’re dark, gloomy, and pretty similar to one another. Sometimes, you just want a little color in your life. If that’s the case, prepare for these incredible Rainbow Batman Figures that are coming from DC Comics in August.

They take Batman’s typical bat suit from drab to fab, and they’ll come in a six-pack set of action figures. In the Batman: Rainbow figures set, the Caped Crusader will be seen wearing pink, orange, yellow, green, blue, and purple bat suits, with each figure having nine points of articulation.

Believe it or not, these bat suits have been seen in actual comic books from DC, back in Detective Comics many years ago. After criminals had injured Robin, Batman decided to wear a different colored bat suit every night in hopes that it might confuse criminals enough for Robin to remain safe. The idea was to get enemies to pay attention to Batman instead of Robin and an injury by surprising the evildoers with bright colors. 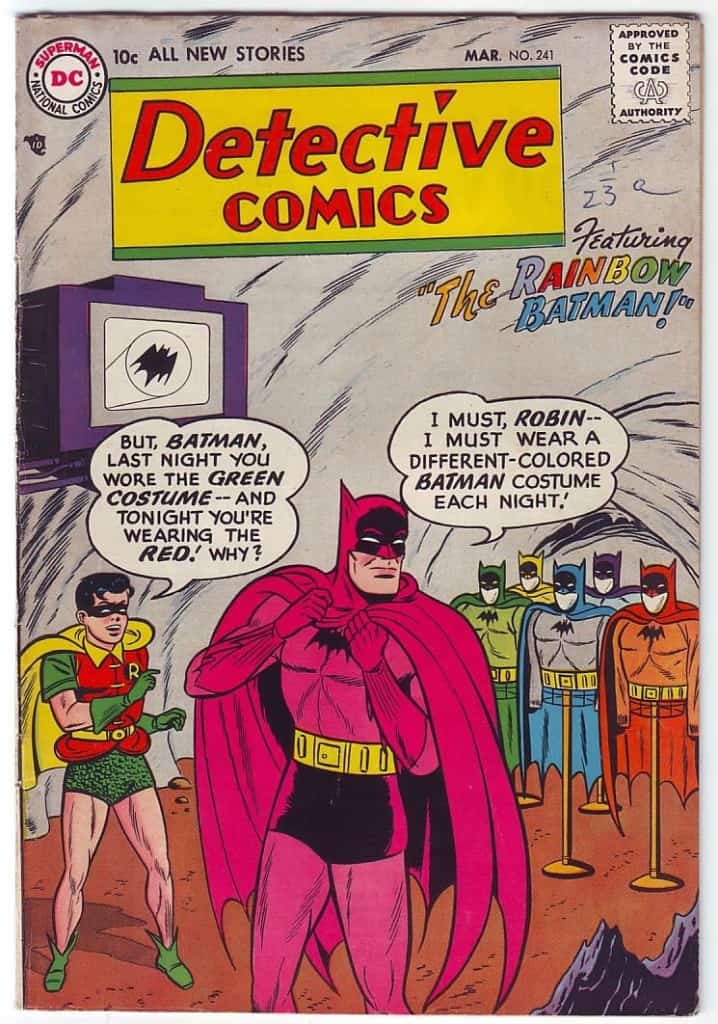 For more cool nerd stuff, stay tuned to Nerdmuch.com for daily finds. You can also follow our thoughts and dreams on Twitter.