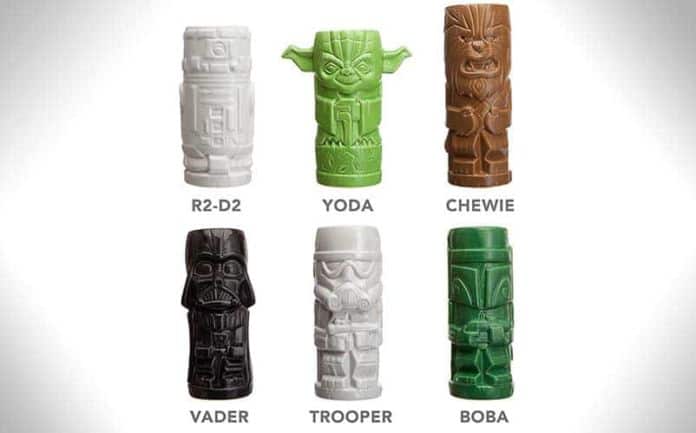 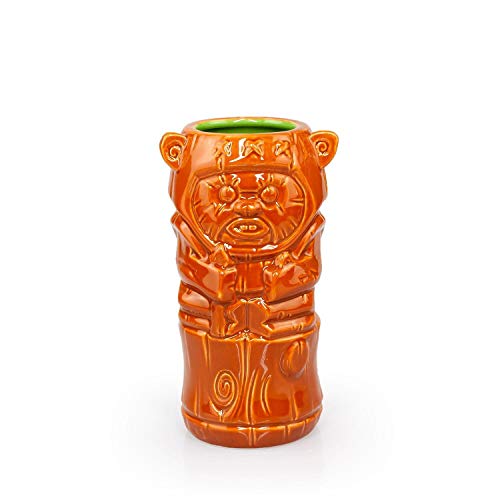 Sure, there are Star Wars mugs and a lot of other great kitchen merch for your nerdy needs, but how do you show your geekiness in the summer? Simple: these Star Wars Tikis by Thinkgeek.

These ceramic mugs look like they were chiseled out of stone to resemble your favorite characters from a galaxy far, far away. Each mug holds up to 14 ounces, and they’re officially licensed.

There are six available in total, including Yoda (lime green), R2-D2 (white), Darth Vader (black, obviously), Chewbacca (brown), Boba Fett (dark green), and a Storm Trooper (white). And set has us wondering what sort of alcoholic beverages these characters would drink.

Darth would drink a high-end scotch, swirling it around in the cup before drinking. Chewie looks like he’d put down some frothy ales. Anyway, these Star Wars Tikis also come in at slightly different heights, so that Chewie is the tallest at 7.5″ tall, then Darth, Boba and the Stormtrooper are 7″, and the two shortest characters, Yoda and R2-D2, come in at 6.5″.

The lack of uniformity makes them look great together as a collection. They’re available for $14.99 individually, or you can buy the entire set for $79.99.