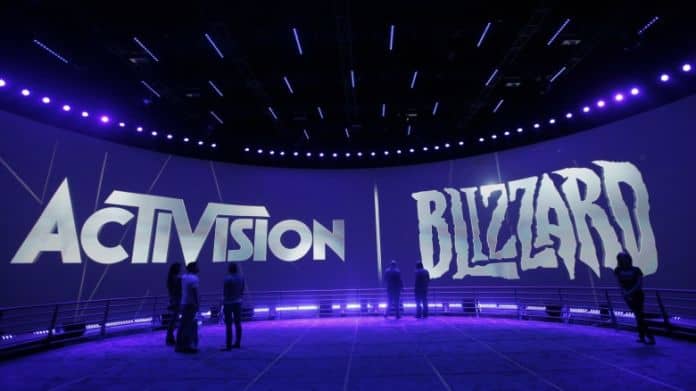 Electronic Arts and Activision Blizzard were both listed among the 100 companies with the most overpaid CEOs in a study conducted by As You Sow (a non-profit shareholder advocacy ground). This is the fifth consecutive year it has conducted this study with the goal of “calling out excessive compensation.”

The calculations are related to shareholder return and the ratio of the CEO’s pay compared to the median employee salary. For additional context, the report stated that the “median pay ratio for the S&P 500 is 142:1.”

Activision Blizzard CEO, Robert A. Kotick, earns $28,698,375. This is an overpayment of almost $13 million, according to As You Sow’s estimates, making him the 45th most overpaid CEO on the list with a median pay ration of 306:1.

This news arrives not long after Activision Blizzard had a record year and laid off 800 people at the same time which amplified the negative narrative surrounding Activision Blizzard in relation to their business practices and perceived disregard for employees for the sake of better profit margins.

Electronic Arts CEO, Andrew Wilson, is paid $35,728,764. This is about $19.7 million over what he should earn according to the study. Wilson appeared towards the end of the list at number 98.

All of this speaks to the larger narrative surround excessive CEO pay, particularly in the United States.

In the United Kingdom — the only other non-U.S. country besides India where CEOs make more than 200 times their employees — the ratio is estimated at 201:1. In the Netherlands the ratio is 171:1; in Switzerland it is 152:1. In Germany, where workers are represented on boards of directors, it is 136:1.33

Outside the gaming world, it’s clear that companies fulfilling similar needs can have drastically different practices when it comes to paying their employees, as exemplified by the massive gap between those at Walmart versus Costco.

Walmart, which has appeared on our overpaid CEO list for several years, was paid $19,177, and the pay ratio of the CEO to median worker was 1,188:1.

On the other hand, Costco’s median employee was paid $38,810, and the CEO’s pay, while in the multi-millions, is much lower than at Walmart. The Costco CEO to median worker pay ratio was 191:1, one fifth of the ratio at Walmart.

All of this serves as a reminder that equitable pay is possible if businesses grow with that in mind and, at the of the day, the video game industry is a business: one that should be looked evaluated for its financials and ethics alike.

Previous articleCrackdown 4: What Would Make Us Care About the Next Crackdown?
Next articleRick and Morty Socks by Stance: Dipping Sauce & Crash Landing