A 3D Pokemon RPG Like Witcher 3 is All We Want 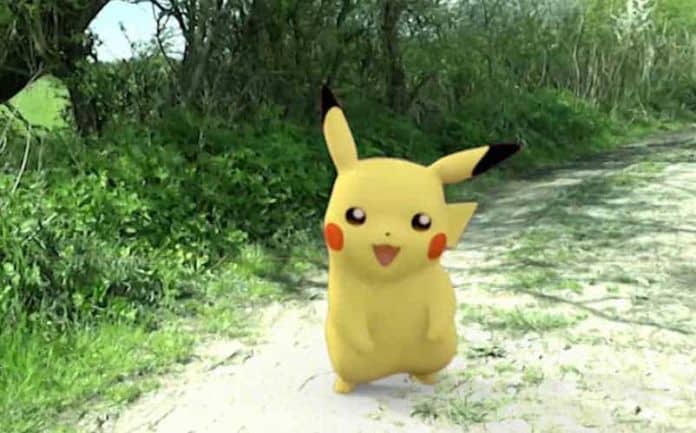 We’re all clamoring for a fully-fledged, 3D Pokemon RPG, aren’t we?

We’re always thinking of great ideas involving game franchises/movie franchises in the style of other games/other movie franchises – mash-ups, if you will, and every Monday, we aim to present those ideas for you to say yea or nay to.

The Witcher 3: Wild Hunt did a lot of things right, and we loved Geralt’s story and the characters in that world, but there has yet to be an open world Pokemon game with the same mega scope as The Witcher‘s most recent outing (although there are plenty of fan projects out there, I’m told). In a Pokemon 3: Wild Hunt (if you will), you’ll take on the role of Ash as he embarks on a quest to fill his Pokeballs with rare and challenging Pokemon. Except, instead of turn-based JRPG-esque combat, Pokemon 3: Wild Hunt would have hack and slash gameplay with you controlling Ash controlling whatever Pokemon he’s battling with. During battle, you’re also able to call out other Pokemon to come battle for you.

The Pokemon world deserves a fully-realized, 3D game world, as it’s filled with iconic spots in the form of gyms and regions. Also, giving Pokemon a more realistic (less cartoon-like) appearance could bring in new players into the world of Pokemon who might not otherwise get into the franchise.

We’ve known for over a year now that GameFreak IS currently working on an open world Pokemon RPG for the Switch, so hopefully, they take some ideas from Witcher 3 and implement them into the game they’re working on.

What’s more, like The Witcher‘s Gwent card game, Ash will be able to take some time out of his Pokemon capturing to play the Pokemon card game with other Pokemon players at the local tavern (don’t worry, they serve Moo Moo Milk there).

What do you think? Would you play a Pokemon 3: Wild Hunt? Sound off in the comments below and share your thoughts and ideas.

Previous article
Game of Thrones Season 6: Everything We Know
Next article
The Guest Review: Entertainingly Frustrating