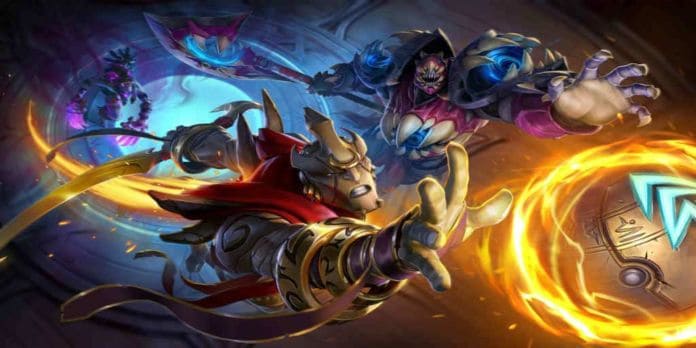 The behemoth online retailer Amazon was attempting to make their way into the games space. But according to sources over at Kotaku, it looks as though those efforts have ceased. Their upcoming 4 on 4 competitive title Breakaway is ending development. At least for now.

According to Kotaku’s Eric Van Allen and Jason Schreier, Amazon has put Breakaway on “indefinite hiatus.” Van Allen wrote that Amazon Game Studios may bring the project back down the line in a different form.

If you’re unfamiliar, the concept of Breakaway sounds pretty fun. It appeared as if the project aimed to be part hero brawler and part sports infused. Here is how the developer’s describe their (former) game:

“Breakaway is a team battle sport where two squads of four collide in intense competition. Seize the Relic and slam it into your opponent’s base to score! Make plays with your team by passing, juking, and dunking the Relic. Crush your enemies with magic and steel. Control the arena with game-changing buildables and outplay the other team. With so many different ways to play and win, Breakaway is never the same game twice.”

Amazon Game Studios hyped it as “four minutes of pure adrenaline.” They had high hopes of Breakaway being an eSports sensation, saying it was “built for broadcast and spectacle.” You could customize your looks, weapons and taunts. And you could even sport signature scoring moves such as flashy dunks. Twitch compatibility was to be built in so that streamers could directly reach their audience for match setups.

Luckily there are no layoffs planned for Amazon Game Studios at this point. However, with Breakaway being the only known project to exist within the company, it’s unclear what the rest of the studio is working on with Breakaway being put on hold. Kotaku reached out for word from Amazon Game Studios ahead of their story’s release, however they’ve yet to receive any comment.