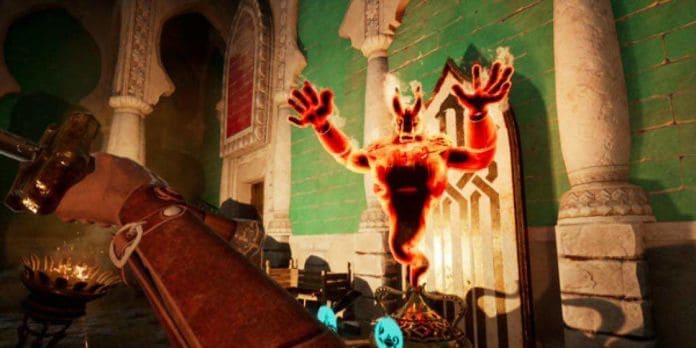 Uppercut’s City of Brass will be coming to Steam’s Early Access September 18, 2017. City of Brass is a first person game that inserts the player into a procedurally generated Arabian Nights-themed city filled to the brim enemies. 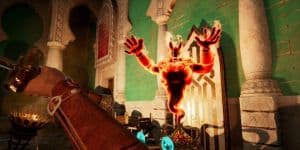 The goal is to fight, trap, or hack your way through them and collect as much loot as possible. The city itself isn’t without danger, however, as there are a number of Indiana Jones type of pits, swinging blades, spears, spikes, and arrows to avoid.

The Early Access version will include all of this, and up to 12 levels of the main campaign that you can replay as much as you want. With each achieved level, there will be new enemies, loot, traps, and genies (your merchant vendors within the game).

The developers encourage those who wish to participate in the Early Access version of the game to test the game as best they can and give plenty of feedback. The whole point, after all, is fine-tune the game and make sure all wrinkles are ironed out before the actual release of the game.

The Early Access period is expected to last approximately 6-12 months, with a content update planned about halfway through. In this content update will be added enemy types, bosses, areas, traps, and genies.

The last battle of the game will be withheld until the official launch of the game (no release date yet). It will, according to Uppercut, be a different battle depending on what decisions the player makes in the game before hand.

Within the Early Access version will also be a Daily Challenge feature, where players can compete with their friends on the Steam Leaderboard. The latter will reset daily to renew the challenge.

If you’re interested in City of Brass, the Early Access will be significantly cheaper than the full game when it comes out. So even if you won’t be playing it in Early Access, think of it as a pre-order sale.

City of Brass will be fully released for the PC first, and then PS4 and Xbox One in 2018.