Detroit: Become Human Launches in May 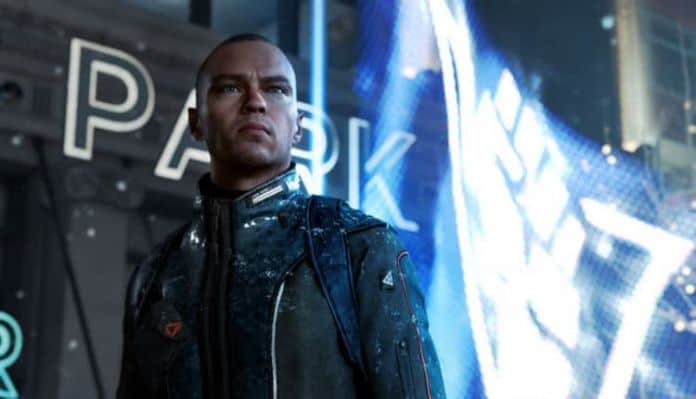 Out of nowhere comes news this morning of a release date for Quantic Dream’s upcoming game, Detroit: Become Human. And it looks like we’ll all become human sooner than we may have expected. 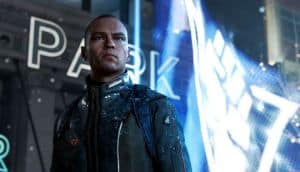 Sony published an article on the PlayStation Blog this morning declaring that Detroit: Become Human would be hitting the PlayStation 4 on May 25th. And they confidently state that the project is Quantic Dream’s “most ambitious title to date.”

Here is Quantic Dream’s official synopsis for the upcoming game:

“In a dystopian vision of our near future, Detroit is the story of three androids, three machines designed to obey, who start to feel emotions. Confronted with persecution and the violence of society, they will all have to decide who they want to be.”

As the player, you’ll take control of the story’s three androids throughout the adventure. Kara (Valorie Curry) is a newly created android who becomes a fugitive due to her quest for freedom. Markus (Jesse Williams) is an android who seeks to free all others like him as he attempts to ignite the android revolution. And Connor (Bryan Dechart) is a police model who is tasked with tracking down misbehaving androids such as Kara and Markus.

In today’s blog post, Detroit: Become Human is handed some pretty heavy praise from the developer. Quantic says that they “wanted to push our limits by creating the most bending game we have ever made.” They continue:

“Each story is almost as unique as your DNA: it is the result of the choices you made, the minor ones and the important ones, because in Detroit, all choices matter. You will need to observe, think, decide, feel, follow your intuition or your heart, to tell the unique stories of each character, and their stories will become your personal story.”

The unique story doesn’t sound like a mere bullet point for the game. Quantic Dream stresses that your actions as you play Detroit: Become Human will reflect heavily as you continue on. Entire scenes and segments can be experienced or missed depending upon your personal experience. And specific characters you meet within the game could become your closest allies or perish shortly after their introduction. It’s all up to you.

Detroit: Become Human has been in development since 2013. It’ll be exciting to see what David Cage and his team have in store for us when it finally launches on May 25th.

Previous article
Tarantino Adds DiCaprio, Pitt for Once Upon a Time in Hollywood
Next article
Darwin Project: Everything We Love (And Hate) About it