Good Robot is a Good Game You Probably Missed

One of the biggest problems with being an indie game is that all too frequently they get lost in the shuffle of more popular titles. In April, gamers had no shortage of great games to play, including Enter the Gungeon, Quantum Break, Ratchet & Clank, Dark Souls 3, and a new Hearthstone expansion, as well as the Gears of War 4 multiplayer and Overwatch betas. With all of those great games to play, we didn’t get a chance to play Good Robot, a game that officially released in early April. Now that we’ve finally had some time with it, we’d like to shine some light on it for our readers in case they are looking for something new to play on STEAM.

Good Robot is a twin-stick roguelike shoot-em-up developed by Pyrodactyl Games that places you in the role of a cutesy robot with a procedurally generated sci-fi city as  your backdrop. It looks great, with colorful visuals aplenty. It uses simple controls (WASD keys for maneuvering your little robot, and the mouse to aim and shoot, or the two sticks on an Xbox One controller), and the gameplay is mindless fun. As you play, you’ll give your robot new hats using vendors that are scattered about each level, and you’ll also be able to purchase gun upgrades, including speed boosts, increased damage, and some various bullet types. There are lasers, shotgun blasts, exploding frisbees, and more; there is no shortage of great guns. 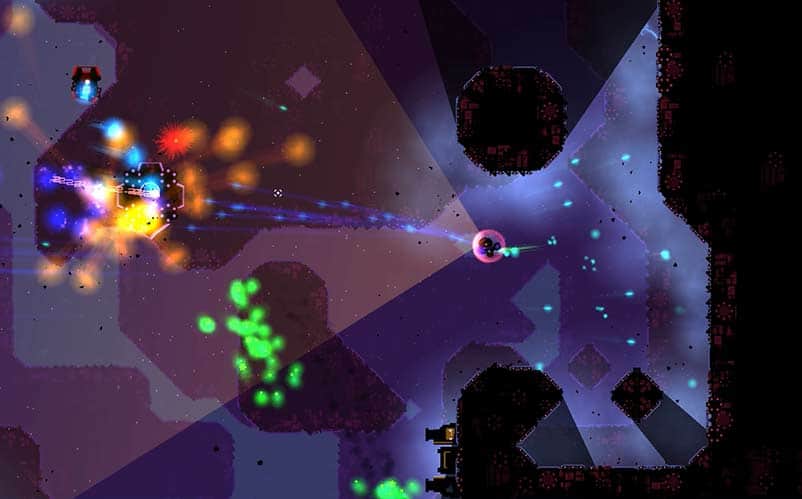 It’s with the game’s visuals and simplicity that it becomes so appealing. It has a unique style that has an almost calming aura about it, making it a relaxing romp, despite its quick pace.

There’s a lot of quick and simple fun to be had in Good Robot, and although it can be chaotic, it’s never too difficult to enjoy. We can only hope that we’ll get a multiplayer mode in the future. But for now, at just $9.99 on STEAM, there’s no excuse not to jump in and compete on the global leaderboards.

Make sure you don’t miss any other upcoming indie games, as there are over 50 in 2016 alone that we’re keeping our eyes on.