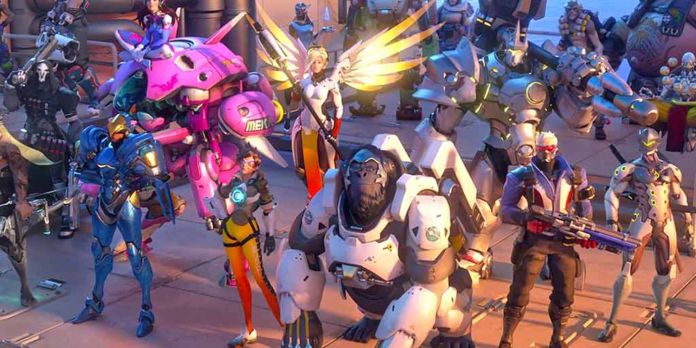 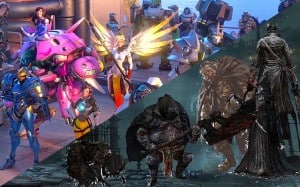 Happy Monday, everyone. One thing we like to do here at Nerd Much to start the week off right is to think of two franchises in video games/movies/TV/comics that would mesh together nicely, bringing about a cool-sounding mash-up that could actually work well. It can be a mash-up between two different games, a game and a movie, two different movies, or any combination that we can think of. Basically, we’re sharing our morning shower thoughts with you — how intimate.

In the past, we’ve dreamt-up some crazy mash-up ideas that we think would blend well together, including Wrestlemania: The Arcade Game meets Marvel, Pokemon meets The Witcher 3, and Far Cry mashed with Back to the Future. But this week, we’re going to focus on a game that has swept the gaming community, and is almost universally loved: Overwatch.

The basic idea would be to take Overwatch‘s incredibly diverse roster of heroes and replace them with horror-esque characters like you’d find in Bloodborne. For example, a merciless watcher, Mergo’s Chief Attendant, a Bone Ash Hunter, etc. There are so many varieties of enemies and bosses in Bloodborne that it would be pretty easy to craft entire persona’s after that, including names, catchphrases, and cool, unique abilities. Most importantly, with the wide range of abilities we’ve seen some of Bloodborne‘s enemies perform, it doesn’t sound like it would be too difficult to create a balanced game. The Overborne (coined 2016 Nerdmuch.com) game would still contain archetype heroes like tanks, supports, snipers, etc. For excample, a Brick Troll or Chapel Giant could serve as tanks, Huntsmans and Executioners could serve as DPS, etc. With so many different enemy types in Bloodborne, a roster would filled up in no-time.

Of course, you couldn’t very well set these horrific monsters in a battle at Ilios or Route 66. Instead, the settings would have to be just as horrific. And, with the various locales found in Bloodborne, crafting maps wouldn’t be hard. Think of an Escort game mode cent in Central Yharnam, or a game of Control set at the Healing Church workshop.

We think there’s a lot of potential with a darker take on Overwatch, and blending it with a game like Bloodborne would make for a well-received title.

Are we crazy? Is this a good idea or a bad idea? Sound off in the comments below.