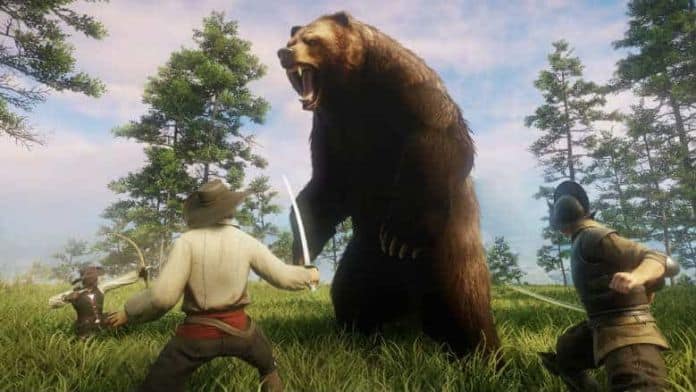 Amazon Game Studios brought their little seen upcoming MMO to Gamescom this week. And the show provided the world one of its first looks at, well, New World.

The MMO is set in the 17th century within an alternate timeline in history. As nations roamed the globe to discover new lands, a new location was found as the Europeans sailed across the Atlantic. However, this land was unlike any other settlers would find. This New World was one loaded with loot, mystery and magic – or in other words the perfect MMO setting.

One of the things that looks to set Amazon’s New World apart from most other MMOs is that there are no classes within the game. Instead, everyone’s characters set out with the same blank canvass and you can level them up and add skills as you wish. You can work your way towards building up your character as a one of the stereotypical MMO archetypes. But you won’t be defined by that decision at the game’s outset.

New World has been designed with an action based combat system. Utilizing a stamina bar, your character can attack, block and evade while in battle. Should you die during PvP battles, the gear you’ve acquired drops from your character’s dead body. It’s then free to pick-up by those who’ve slain you. This leads to risk and reward situations when deciding what equipment to rollout with into the world. 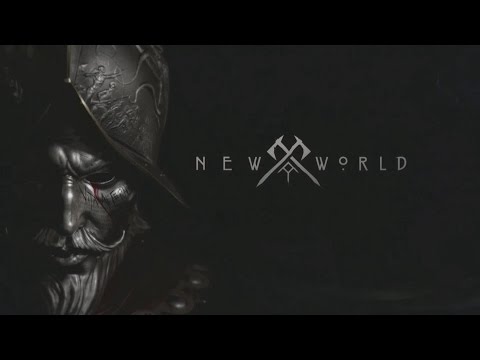 Another major design feature within Amazon’s New World is territory control. Please can capture land and build upon it in order to establish an outpost for you to reside. Here, you can develop crafting stations and host members of your guild – while recouping taxes as payment for safely housing them.

Those that have ventured through the early portion of the game at Gamescom state that New World boasts a massive map. And while it’s substantial in acreage, the developers have still taken the time to load the world with unique environmental designs. Apparently the wildlife within the game is a constant threat too. Wolf packs can destroy you with ease, and you’d be an idiot to attempt a bout with a wild bear. It’s not just other players with New World that you’ll have to be on the lookout for.

Amazon Game Studios has the game running smoothly, and plans to have 1,000 people playing at a time together upon launch. Although they have previously stated they hope up to increase that number almost tenfold. Amazon still considers New World a pre-alpha build, but it’s apparently already impressive in its current state. There’s no word as to when Amazon Game Studios hopes to launch the game, but with development going smoothly, hopefully, we’ll be hearing more soon.