Update: Planet of the Apes: Last Frontier NOT Released on PSN 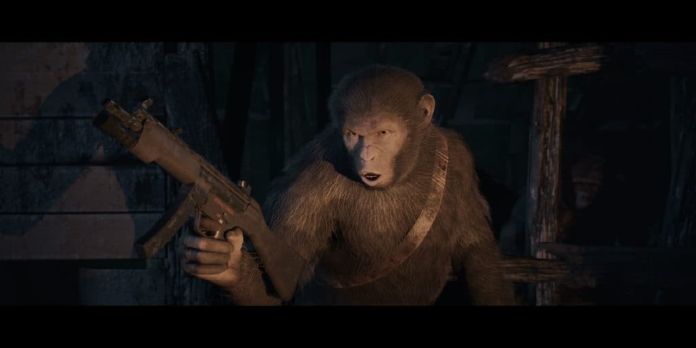 Update 4:35PM ET: Looks like the game mistakenly made it to the PSN store, and it has since been taken down. No word on when to expect the actual release date, but we’ll keep you posted when we know more. 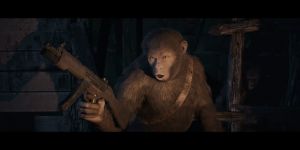 The narrative focused on a group of renegade apes who followed the now deceased Koba in his mutiny against Caesar. Banished upon Koba’s defeat, the group departs and takes refuge within the Rocky Mountains. However, as winter approaches, the apes are forced south as resources deminish. Thus having to interact with a local human settlement.

The game’s development was handled by Imaginati Studio. Last Frontier was the first project developed by the team, with the studio actually being owned by Andy Serkis.

It was reported multiple times by multiple outlets that Last Frontier would see release on PlayStation 4, Xbox One and PC. However, today’s stealth release only appears to have taken place on the PlayStation Network store. And upon hitting Last Frontier’s website, there is no mention of anything but a PlayStation version of the game.

The game will see a digital only release at a discounted rate $29.99. Again, as far as we can tell, only on the PlayStation 4 at this point. It’s said to feature a story that runs about two to three hours in length, and can feature one of multiple different endings. Based upon the players choices, the apes can win over their human counterparts, or vice versa. There’s also said to be a mutually beneficial ending for the two species.

We’ll have to wait and see whether this stealth release of Planet of the Apes: Last Frontier is a good or bad sign for the project. However, it’s not often that a game releases out of nowhere like this and have it be for good reason.