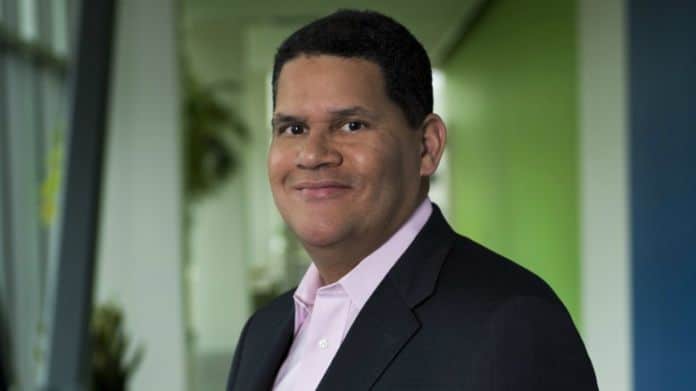 After 15 years at Nintendo of America and nearly 13 years as president, Reggie Fils-Aime will retire. His last day with Nintendo will be April 15, 2019. Taking his place is Nintendo of America’s current Senior Vice President of Sales and Marketing, Doug Bowser. Here’s the official statement Fils-Aime made regarding his retirement.

Nintendo owns a part of my heart forever. It’s a part that is filled with gratitude – for the incredibly talented people I’ve worked with, for the opportunity to represent such a wonderful brand, and most of all, to feel like a member of the world’s most positive and enduring gamer community. As I look forward to departing in both good health and good humor, this is not ‘game over’ for me, but instead ‘leveling up’ to more time with my wife, family and friends.

Fils-Aime’s time with Nintendo traces all the way back to the GameCube and Game Boy Advance era. We watched him introduce us to Wii Sports, break ground with a line of fantastic handhelds, and usher Nintendo into the current gen with both the Wii U and the Nintendo Switch.

In addition to “record-breaking sales, specifically for products like the Nintendo DS, Wii, Nintendo 3DS and Nintendo Switch systems,” during his tenure, Nintendo of America expanded. The company now has a key sales and marketing office in Redwood City, California, and built a new NOA headquarters in Redmond, Washington.

Doug Bowser is no stranger to leadership himself. He joined Nintendo of America back in May 2015 and led the sales and marketing of the Nintendo Switch, “which became the fastest-selling video game system of this hardware generation through 21 months, according to The NPD Group.”

Fils-Aime got results for Nintendo and Bowser seems set up to do the same but what fans will miss the most is Fils-Aime’s personality and heart. His charismatic leadership is best represented in the goodbye he issued directly to fans, as shared by Nintendo of America‘s official Twitter account.

Nintendo fans, Reggie has a message for all of you. Please take a look. pic.twitter.com/EAhaEl5oEJ

There, he reflects on what makes the community special. “From the first time I saw the nickname Regginator I realized that Nintendo fans share a unique sense of community. A bond that goes beyond just the love of video games.”