Bandai Namco is back to introduce yet another character joining the ranks of Soulcalibur 6. Today brings confirmation that Maxi is returning in the series’ sixth installment. 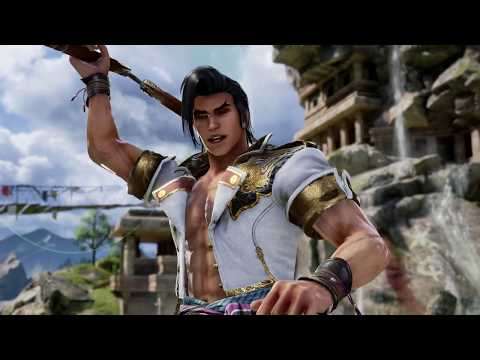 Maxi returns with his fatibal in tow. The fatibal is a wooden nunchaku made by Yagazzi, one of Maxi’s pirate crewmen. Today’s reveal trailer for the fighter shows how capable he is at handling the notoriously difficult weapon.

“Maxi’s father had worked in the Ryukyu Kingdom as a merchant. Though fortunate enough to experience different cultures from his trade, he felt tied down by his job. On his deathbed, he told Maxi to go out and see the world. Deciding to live by these words, Maxi set out to seek total freedom. He found this out at sea where he became a pirate to see the world his father couldn’t.”

The character reveals are coming pretty much weekly at this point from Bandai Namco. Last week the publisher delivered the news that Yoshimitsu would be returning once again. “The Original Mechanical Ninja” and “The Dandy of the Seas” were both included in the original Soulcalibur from 1999.

The developers have confirmed that Soulcalibur 6 will be “taking place in the 16th century, revisit the events of the original Soulcalibur to uncover hidden truths.” So their inclusion in the upcoming entry isn’t surprising. It will be interesting to see have the developer introduce Geralt into the mix though.

Maxi’s inclusion makes him the 13th character confirmed for the game. There were 19 characters in the original game, so we’ll likely get at least that many in this year’s “revisit”. Hopefully we’ll get a release date for Soulcalibur 6 in just a few weeks at E3. For now, we just know the game is coming to Xbox One, PlayStation 4 and PC later this year.