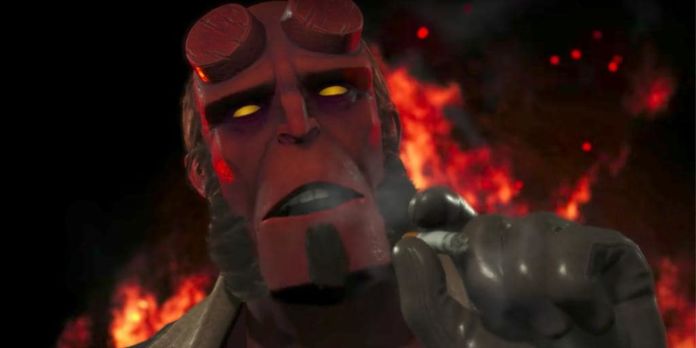 Publisher Warner Bros. and developer NetherRealms have revealed the contents of their Fighter Pack #2 for Injustice 2. The first Fighter Pack contained Redhood, Starfire, and Sub-Zero. In the trailer we see some of these heroes fallen and Raiden stepping out of the dust cloud with his lightening. 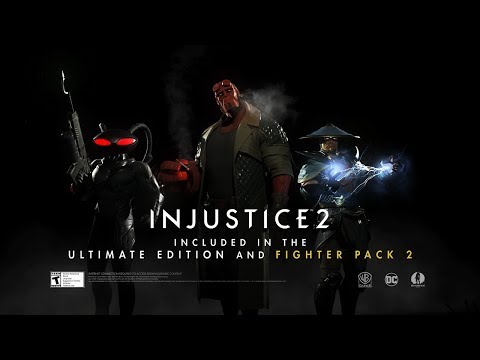 Black Manta steps out too, and fires two missiles at Raiden. It doesn’t work, of course, as Raiden opts to teleport out instead. Then Hellboy arrives, catching one of the missiles and carefully lighting his cigar with its exhaust flame. There is no getting more badass than that. Helloboy lets the missile go and it spirals behind him like a balloon losing air before finally exploding.

Fighter Pack #2 will be available come September 12, 2017. They did not list a price, but the first Fighter Pack is priced at $20 USD, so it should be around the same price. If you happen to already own any of the special editions, Injustice 2 Ultimate Edition, or the Ultimate Pack you will have early access to the three new characters.

If you’re keen on the special editions after buying and enjoying the standard edition, never fear. If you already own the standard edition, you can get either the Ultimate Edition or Pack for $99.99 and $39.99 respectively for the PS4 and Xbox One. Both editions include nine additional characters, premiere skins, new voices and dialogue for existing characters, and two exclusive Gear Shaders.

But if you haven’t played Injustice 2 yet and you enjoy fighter games, you’re missing out. Injustice 2 not only contains great gameplay, but a great story too. Surprising, for a fighter game. The genre usually doesn’t bother much with a dynamic story for each of the characters.

Injustice 2 is a step away from that trope, especially with Harley Quinn’s character arc. Throughout the game she does her best to get over her abusive relationship with The Joker, and you’re with her every step of the way – even when she regresses for a few moments to her old self. So be sure to pick up a copy if you haven’t already and find out more.