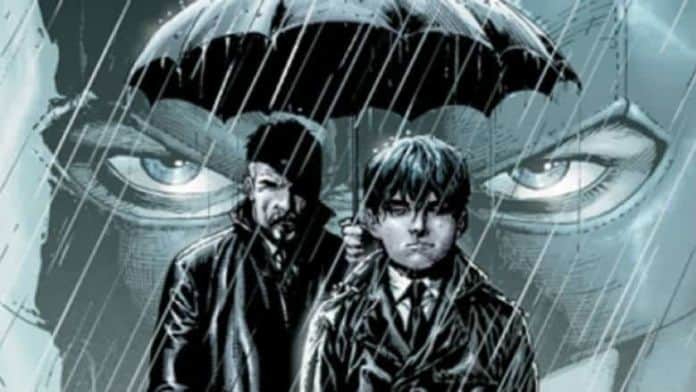 Todd Phillips’ Joker movie has been filming for a little over a month now. But that doesn’t mean the director is finished adding players to its roster. New reports state that the project has cast Dante Pereira-Olson in the role of a young Bruce Wayne, as well as Douglas Hodge in the role of the family’s butler, Alfred Pennyworth.

Dante Pereira-Olson has previously appeared in the films You Were Never Really Here and Happy!. Douglas Hodge was recently in the Jennifer Lawrence led Red Sparrow. The English actor has also had roles in Penny Dreadful and the anthology series Black Mirror.

Alec Baldwin was originally linked to the role of Bruce’s father, Thomas Wayne. However, Baldwin later pulled out of the role citing scheduling issues. Brett Cullen has since been cast as the doomed patriarch.

We have no idea, of course, how the Waynes and Pennyworth will factor into Phillips’ Joker movie. In Tim Burton’s 1989 Batman, Jack Nicholson’s Joker originally goes by the name of Jack Napier. Before Napier’s transition to the Joker, he murders Thomas and Martha Wayne during a robbery. This differs from comic portrayals though. Canonically, Joe Chill is the mugger that murders Bruce’s parents.

There’s been a steady trickle of tidbits on the upcoming film, helping to keep the upcoming Joker movie relevant in news feeds. Recently we got our first good look at Joaquin Phoenix in the titular character’s makeup. The look deviates quite a bit from traditional depictions, but fan reaction was generally positive. And without saying a word, Phoenix looks to already be imbuing a creepy feel to the character with a sinister undertone.

The Joker movie is chugging along with production and is actually closer than you would think. It’s scheduled to hit theaters October 4th of next year. Hopefully everything continues heading in the right direction.