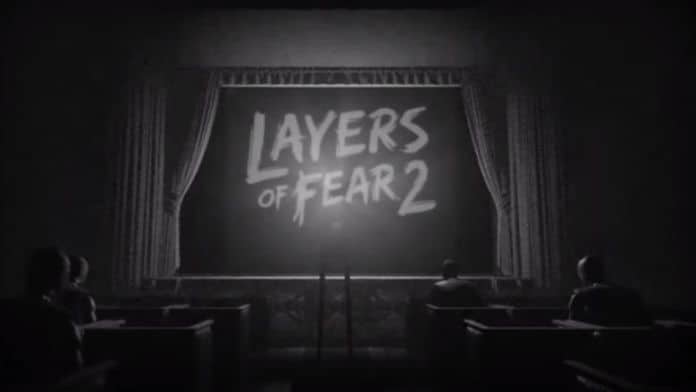 A review copy for Layers of Fear 2 was provided by the publisher.

Layers of Fear 2 is a game where, stripped down to its very basic qualities, is a railroaded tour of a variety of haunted film sets. The controls are quite limited; you are able to open doors, drawers, pick up important objects, walk, run, and crouch.

The ability to open doors and drawers is coupled with a physical pulling motion with the joystick (no motion controls here). This leads to a very player directed atmosphere. You can either rush through the game by not bothering to open doors fully and just pushing through them instead, or you can enter each room cautiously and raise the suspense for yourself and anyone watching.

That said, you are not always given a highly valid reason to be cautious. I found myself enjoying the story itself and uncovering those layers, rather than waiting on the next jump scare or instant kill. This brings us to the mechanics of Layers of Fear 2. The mechanics are relatively simple; the player must look for clues, solve simple puzzles, and occasionally avoid the instant kill machine. As such, it can be relatively difficult for some players to become immersed enough to not see the jump scares coming a mile away.

Layers of Fear 2 uses something called “binaural audio”, a method of recording with two microphones that provides the illusion of 3D sound. Most of us first encountered this term in Hellblade: Senua’s Sacrifice, where the developers orchestrated sound, voices, and music until the player was completely immersed in the role of Senua. 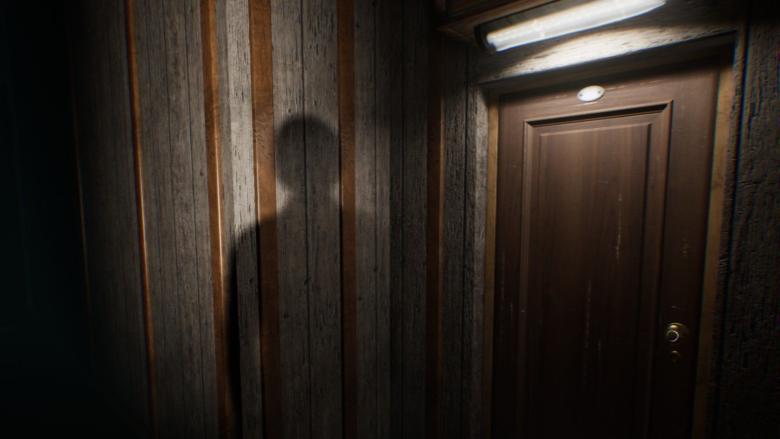 In Layers of Fear 2, Bloober Team has attempted to do much the same for a horror game. They certainly succeed, as the sound of doors slamming or locking behind you is frightening enough without actually hearing it happening behind you. Though the developers took advantage of binaural audio in their game, there is a lot of lost potential. Doors and voices are the only things that truly use binaural audio, the rest of the experience is quite normal.

Perhaps binaural audio was new to the developers because the music was phenomenal. Every string of notes added to the atmosphere and utilized a variety of instruments to convey which set or level meant what. The violin, of course, made its usual appearance for the sake of suspense music, but there was plenty of old school swing, jazz, opera, and more featured in the game.

The narrative of Layers of Fear 2 is difficult to describe without spoilers; please forgive me if the references here are too vague. The “layers” are certainly there and I did enjoy figuring out what was going on, but the beginning of each act was punctuated by a voice waxing poetic on what was about to happen to the main character. 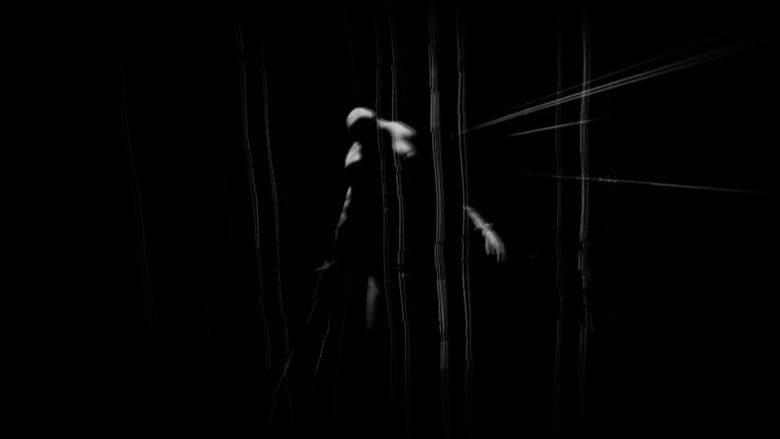 There is poetry in madness, yes, but I believe there are better and more coherent ways to introduce each chapter. One must either fully invest in madness and write eulogies to the forgotten kingdom of Kubla Khan, or remain methodical and coherent.

However, much like madness, part of the player’s job was to guess who was speaking when. There are a variety of characters cast in this video game and the trick is narrow them down. This was one of my favorite puzzles to solve, I enjoyed trying to understand what action, image, and choice represented what for the main character. These are the layers the player must peel back to reveal the truth.

That said, 90% of Layers of Fear 2’s narrative is told through imagery. The top layer, the ultimate fantasy, is that of an actor slowly going back through the many roles he has played until he discovers who he truly is. As such, each “level” or “chapter” is a set the actor has worked on before. He is supposedly being forced to go through this by a very eccentric director, but that fact becomes more and more uncertain as the game goes on.

In addition, each film set is a different memory from the main character and represents a unique aspect of his psyche and past. The most significant of these are the images of pairs or couples. One partner or part is always killed or removed in some way, while the other remains. These images repeat until the very end of the game, where the player realizes what the images mean and why they are so often repeated. 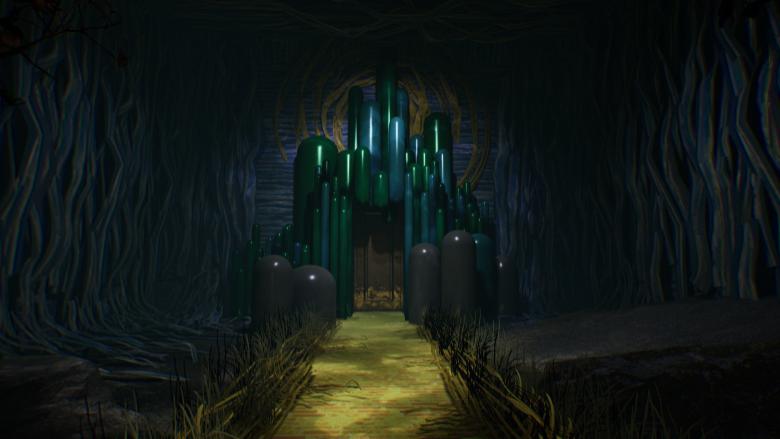 Layers of Fear 2 uses these constantly changing sets and motifs to explain why the levels or pathways never make much sense; the main character’s psyche and memories keep shifting and spiraling as he gets closer to the root of the problem, as it were. I found this constant set change very exciting and one of the scariest parts of the game.

Sometimes you had to solve a puzzle, sometimes you were busy investigating and all of a sudden the room you just left is gone. My favorite use of this was the disappearing and reappearing doors, where the door would only remain open if it stayed in shadow, or if you approached it in a specific way.

Such a level of mystery, not knowing where your next step would be, is an extremely important aspect of Layers of Fear 2 because of how railroaded the game is. There is a very specific order the player must follow and unfortunately, it is something you have to get used to. Once you accept the railroad, the game is a lot more fun and scary.

However, the player must slow down and explore each area they are given in order to find every clue. Not that Layers of Fear 2 doesn’t have multiple endings and choices that lead there. The choices the player needs to make are made very obvious, so don’t worry about missing out or worrying you’ll make the wrong choice without realizing it.

Speaking of choices, the choice to go the wrong way or most obvious way is extremely frustrating once the player encounters the instant death mechanic. This is probably the worst part of the game. Though I didn’t mind the occasional chase section, the game over screen grew very old very fast.

In fact, almost every time I encountered the instant death machine, I had to die several times before I figured out the exact direction to go, or look it up in a walkthrough. In addition, the instant death machine was never scary; every appearance was fully expected and prompted by the player’s actions or specific sound cues. Though I appreciated the move away from jump scares, the mechanic did not add to the game whatsoever.

Jump scares are prolific in Layers of Fear 2, so be prepared at the turn of every corner. If you enjoy jump scares, you’ll love these moments and they will add so much to the game. If you do not, they will get frustrating and old.

I really did enjoy Layers of Fear 2 and I do think it is worth the price tag, but I am forced to admit that so much of what I loved was buried under unreached potentials like the binaural audio, railroaded path, and instant death mechanic.

So if you want to have a good time doing a few mental gymnastics, Layers of Fear 2 is for you. However, if you desire an in-depth horror that will have you both confused a delighted at every turn, there are other games that have realized their full potential far more than Layers of Fear 2 has.