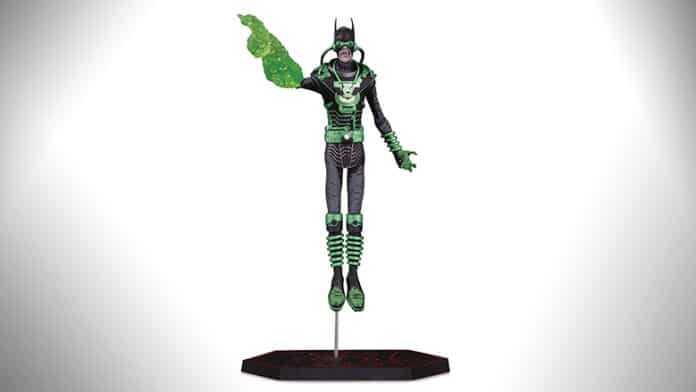 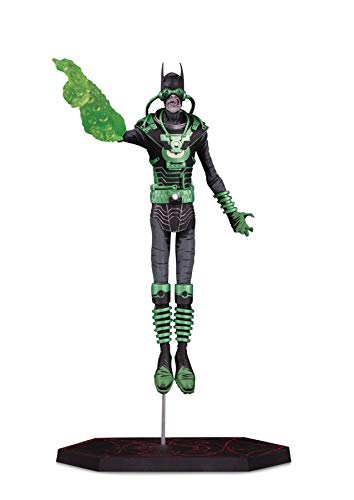 “With darkness black, I choke the light! No brightest day escapes my sight! I turn the dawn into midnight! Beware my power… Dawnbreaker’s Might!”

So goes the chilling oath of Earth-32’s nightmarish combination of Batman and the Green Lantern: The Dawnbreaker. Hailing from the Dark Multiverse, and the twisted mind of author Scott Snyder, this twisted version of Bruce Wayne is not the protector and guardian that millions around the world have come to know and love. The Dawnbreaker is a psychopathic villain who did not simply stop at killing Joe Chill, the man who murdered his parents but proceeded to become so corrupted by his lust for blood and “justice” that he annihilated the entire Green Lantern Corps and the Guardians of the Universe.

This DC Comics Dark Nights: Metal Batman: The Dawnbreaker Statue captures the newly iconic villain mid levitation with one arm outstretched and a ghoulish scowl on his face. Modeled after the art of superstar penciler Greg Capullo (also known for this work on Spawn and the Snyder-penned run on Batman for a majority of the New52 comic book line) this figure seems to have been ripped straight from the reality of the DC Universe. A small rod runs from the base of the statue up into his right foot in order to give him the appearance of floating above the ground, and the statue additionally comes with an attachable green and tentacled construct that may be placed onto its outreached right hand.

Whether you consider yourself to be a die-hard fan of DC comics, or you are just getting your toes wet as you plunge into the great big world of collectibles, this statue is a must-have if you possess even the slightest interest in Batman or the Green Lantern. And you better act fast! Only 5,000 copies of this statue will be made available during its initial run.

This statue is approximately 7.3” tall and is currently available on Amazon.