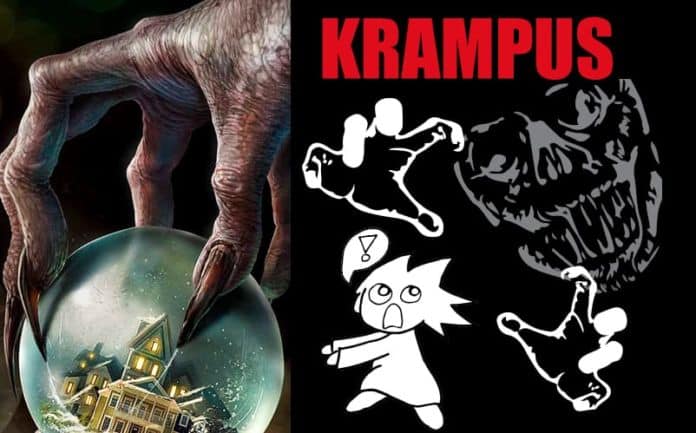 A Crash Course in Horror is a column by our self-proclaimed horror movie noob, Noémi Pomerleau. She reviews a classic (or even “new classic”) horror movie from the viewpoint of someone who has never seen it (because, well, she hasn’t).

Every once in a while you come across a movie trailer that is so bizarre that you can’t help but wonder who on earth green-lit the movie it belongs to. That was my reaction to the trailer for Krampus, a Christmas-themed horror movie about the mythical evil German goat-Santa. Obviously I had to rush and see it as soon as it came out, which means that this weird little movie is the subject of this very special holiday edition of A Crash Course in Horror. WARNING: Plot spoilers below.

Krampus is the story of a terrible family full of terrible people who draw the ire of evil goat-santa by failing to believe in the spirit of Christmas. But when the film first started, I thought I’d walked into the wrong theatre. It opens in the style of a (really bad) family comedy, so it can take the time to introduce us to Tom Engel (Adam Scott), his family, his in-laws, and all of their respective flaws. Some of them have pretty standard Christmas movie flaws. Tom works too much, his wife Sarah (Toni Collette) is a bit of a snob, their teenage daughter Beth (Stefania LaVie Owen) is self-centered, and Sarah’s aunt Dorothy (Conchata Ferrell) is rude.

Frustratingly, the film also seems to indicate that being overweight or failing to live up to gender roles also qualify as moral failings, because that’s what Tom’s nephew and nieces are judged for. His brother-in-law is also judged for being one big Republican stereotype, but when all the monsters show up everybody seems pretty happy that he had a stash of guns in his car.

Of course there are paragons of virtue for us to admire. Tom’s son Max (Emjay Anthony) and his mystical German mother (Krista Stadler) are both supposed to be lovely people who believe in Santa Claus. This film turns Santa Claus into a metaphor for “being a good person”, so when Max decides that he’s sick of his family and rips up the letter he was going to send to Jolly St. Nick, it’s enough to cause Krampus to launch an attack on his house. The rest of the film is about the family trying to survive Krampus’ visit. Except when it’s about them learning a valuable lesson. About Santa.

The biggest weakness of this film is its screenplay. It was co-written by a team of three people (Todd Casey, Zach Shields, and director Michael Dougherty), and it seems like none of them were speaking to each other. The family comedy opening feels tone-deaf, both because its sense of humor is 20 years old and because it completely fails to foreshadow the introduction of the horror elements. Most of the horror segment is fine, although the monsters are revealed far too early. The ending is where it really falls apart. It left me wondering what this film was hoping to accomplish — and in the end, I wasn’t sure that anybody who worked on it really had an answer to that question.

It’s a shame, because nothing else in this film fails it so completely. None of the actors stand out, but they all get the job done. The music is bland, but inoffensive. The design team for this film clearly had a lot of fun with it, because the film looks pretty interesting, even in moments where it isn’t. The monsters are shown off too early, but they would have been creepy in the right context, and I’m really excited that Dougherty chose to make puppets for the vast majority of the monsters, rather than use CG. That was a good call, because it allows the animation in the film to stand out.

Yes, the best part of the film was something that took me completely by surprise. Weta Digital produced an animated flashback which is dropped into the middle of the film as a plot reveal, and it is knockout gorgeous! Considering the effort and expense that goes into making an animated segment, it was a risky choice to include it. Yet it turned out so well that I wish the film had been more ambitious overall.

I’m not sure what went wrong when Krampus went into production. It’s obvious that a lot of joy and passion went into making it, which just leaves me more disappointed that it turned out so poorly. Its uneven script suggests that it might have been the victim of studio tampering — or an overambitious screenwriter who wasn’t told when to stop.

I can’t mourn it too much, because it was never going to be amazing, but its concept promised a little bit of creepy and an awful lot of fun and it failed to deliver on either of those promises. I still enjoyed it, but I can’t recommend it.

Pre-order it here – if you really want to!

I’d like to thank everyone who has followed A Crash Course in Horror the past few months. Next year is bringing some changes to the column. Crash Course will be switching to a monthly schedule, with new editions coming out every 3rd Saturday of the month. Our next update will be January 16th, and will feature a classic horror title that has yet to be determined!

Do you want it to be your favorite horror movie? Do you think it’s about time that I watch (insert title here)? Let me know what you want me to watch in the comments below, or track me down on Twitter @NoemiPOM!

Previous article
Dreamcast 2 May Be In Development
Next article
GAEMS M155 Portable Gaming Monitor for PS4, Xbox One 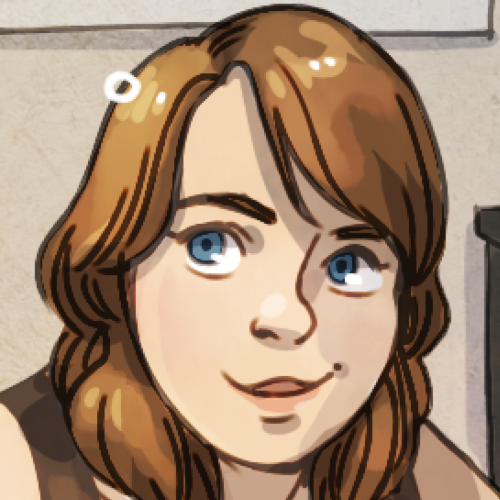