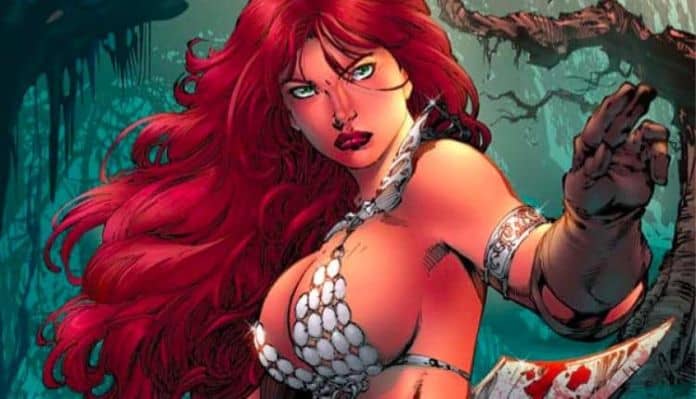 According to Deadline, a Red Sonja movie is in the works and will be produced by Avi Lerner and Joe Gatta from Millennium, and Mark Canton and Courtney Solomon from Cinelou. Apparently “they are fast-tracking this project” and a writer will be hired very soon. 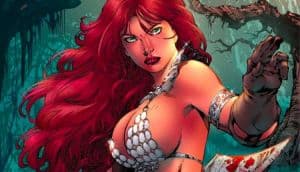 It’s certainly been a long time since a Red Sonja film. She was last seen in 1985 played by Brigitte Nielsen and accompanied by Arnold Schwarzenegger in his role as Conan the Barbarian. After that wild love affair, Red Sonja didn’t get another chance to be in a movie until 2010. She was to be played by Rose McGowan, but due to rather severe and unfortunate injury, she was prevented from doing so.

Since then, the progress of a new Red Sonja movie has been slow and steady. In 2011, it was stated they hired a director, Simon West and Amber Heard to replace McGowan. Nothing seemed to come of it, however, as news came quite a few years later in 2015, stating that Christopher Cosmos had been hired to write the script.

It is highly doubtful that any of these people will be a part of this renewed focus on Red Sonja, but it is important that the film now has strong producers and executive producers. The current motivations to push Red Sonja into actuality is based entirely on Wonder Woman’s recent success, as stated by Millennium producer Lerner. Apparently now is the right time for a Red Sonja film and the audience wants more female heroes.

That said, Deadline also mentions that the new film will be a step away from previous iterations of Red Sonja, both in comics and film. The new movie will apparently have an entirely new story and characters.