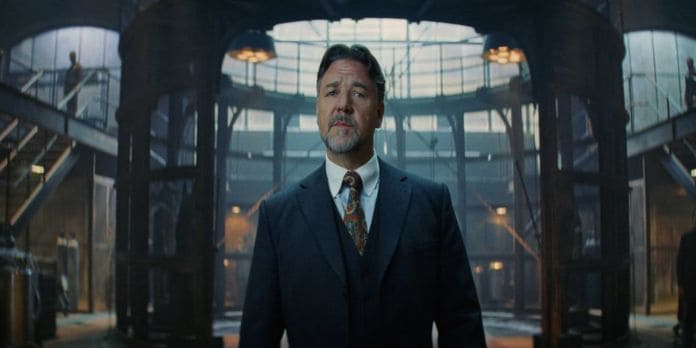 Have you ever had one of those moments when you feel like the entire universe is trying to tell you something? During my screening of The Mummy, both my ticket had issues printing and the projector broke for around 20 minutes forcing the audience to wait. During this time I couldn’t help but think that the world was trying to save me from witnessing this film. Sadly, I didn’t listen and what I witnessed was nothing short of a train wreck that shows how the idea of cinematic universes can ruin an entire movie. Even detached from the franchise it’s so desperately trying to kick off, The Mummy is a toothless, nonsensical film that is certainly one of the worst movies this year.

Set as the first entry in Warner Bros. “Dark Universe” (Which is gleefully displays before even a second of film is shown), The Mummy follows U.S. military soldier and treasure hunter Nick Morton (Tom Cruise) who accidentally discovers an ancient prison in Iraq. It turns out that this is the resting place of an Egyptian princess named Ahmanet (Sofia Boutella) who was imprisoned after she made a deal with the Egyptian God of Death, Set to take control of the world. Of course Nick and an associate/former lover of his Jenny Halsey (Annabelle Wallis) decide to take Ahmanet’s coffin with them, which ends up freeing her and causing Nick to be cursed. Our heroes then have to stop Ahmanet before she regains a powerful dagger that has the ability to bring Set to the real world and thus break the curse on Nick.

While this sounds entertaining enough, director Alex Kurtzman spends way too much time trying to remind viewers that more monster movies are coming. The film takes all the world building ideas that Marvel usually reserves for the end credits and forces them into the script throughout the entire movie. One of the most obvious and unnecessary is Dr. Jekyll (Russell Crowe), who serves no real purpose to the main plot other than to explain his monster hunting organization and showcase a bunch of other creatures in beakers that he’s preserving. In fact, the entire second act of The Mummy really feels like the story takes a detour because Kurtzman needed to fit more inorganically added world-building moments. 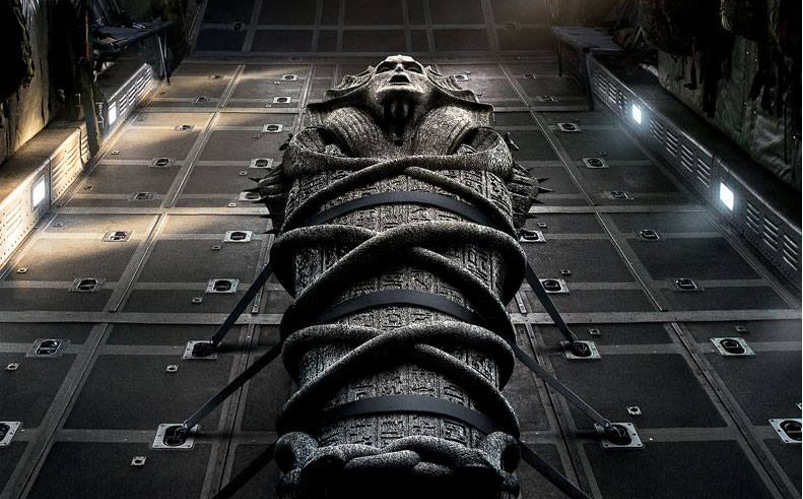 Sadly, this causes the actual mummy to suffer from a lack of screentime which heavily hinders any substantial or intriguing character development we could have had. Her motives are never exactly clear beyond wanting to release Set for the sake of obtaining power, which muddles the last portion of the film heavily. This makes it impossible to relate or even get invested in Ahmanet’s cause because she appears so stereotypically evil that it lacks a dramatic or commanding screen presence. Her actual powers are also oddly handled as the length of her abilities are never explained, so her being able to just conjure a sandstorm in the middle of London never clicks.

Because of this, a large majority of the action is boring and uninspired, with Cruise and company bumbling their way through action set piece after action set piece. Even the big chase scene in London lasts for around five minutes and most of it fails to make use of the cool effects or concept it introduces. Fight scenes feel stiff and the weird zombie like creatures that Ahmanet summons lack any real sense of imagination. While I understand this concept has been in the previous Mummy films, there’s no interesting spin or twist to the formula. Much of The Mummy feels like a watered down and less unique version of the material it is directly lifting from.

However, Cruise is by far the worst part of this movie because his character is utterly unlikable throughout the entire film. Nick does not feel like an action hero, but what someone’s idea of what Indiana Jones might be like if he was an ass to literally everyone he meets. While this may have worked for a supporting character, forcing the audience to try and care about Nick’s fate ends up ruining the entire film. At a certain point, you just want to cheer for the mummy, but she does so little in the actual film you will likely forget about her as well. There’s also a weird, borderline sexist undertone to Ahmanet as her entire character is defined by fawning, chasing, or looking up to men. Almost all of her actions are spurred on because of a man and she is completely reliant on a man for her plan to progress. The only moment where she comes into her own is at the very end is rather amusing, but it’s too little too late.

The Mummy is a film that feels like a watered down and lazily slapped together. Even though there are a few unique ideas, they are almost possible to enjoy due to the sheer focus on reminding people more movies are coming. At no point did The Mummy feel like a complete movie, as the entire middle section is built around exploring ideas and themes that are barely, if at all, relevant to the plot. This is not a film, but a two-hour PowerPoint presentation about how cool and neat the Dark Universe is.