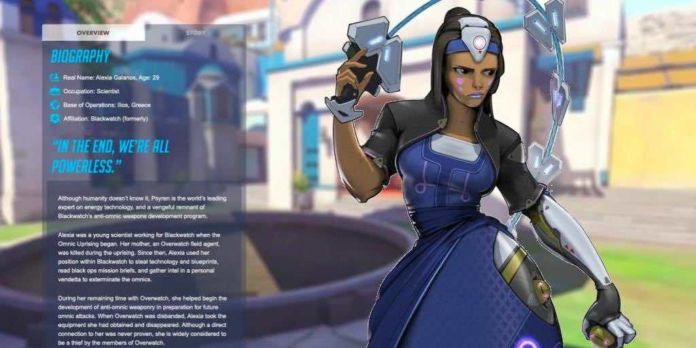 According to a rather detailed leak posted on Imgur, Overwatch will be receiving a new hero sometime in the future by the name of Psyren. The leak comes from a self-proclaimed member of the Overwatch development team and to be frank, if it’s a fake, it’s a very elaborate one. The photoshop skills and lengthy details on Psyren’s character are extremely creative and well thought out. 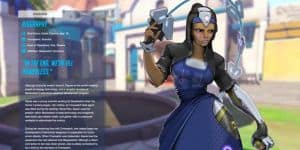 Blackwatchfiles, the username used for this leak, shows us concept art of the hero in full and quite a bit of backstory. In the short of it, for anyone who has kept up with the comics, Psyren was a member of the Blackwatch and training under former boss Gabriel Reyes (also known as Reaper).

As to appearance, she looks to be cut from the same cloth at Sombra and Symmetra in costume and pose design. The same grace of Symmetra is in that pose, though admittedly almost all the Overwatch heroes have immense grace. Roadhog might be stretching the definition of grace a little.

Nonetheless, Psyren is apparently a character focused on defense, so she’s got a tank’s worth of health to hold the fort. Her weapon, shown in the concept art, is a retractable sword that can damage multiple enemies and reach up to 20 meters, much like Roadhog’s hook. Though unlike his hook, Pysren’s sword cannot bring enemies to her. The synopsis of her character also mentions more of her attacks types, point numbers, attack time, and what her specials are. The details are certainly convincing. Someone would have to go through a lot of work to make all of this make sense, but it is still possible. Hardcore fans are out there and they can be dedicated enough to make something like this.

Psyren’s release date is in the fog, however, as according to Blackwatchfiles, Blizzard plans to focus on events and balance issues first. Still, Blackwatchfiles states that we should see Psyren one or two weeks before the December holiday event.

What do you think of this leak? Is there something to it or is it all an elaborate ruse? Let us know in the comments below!