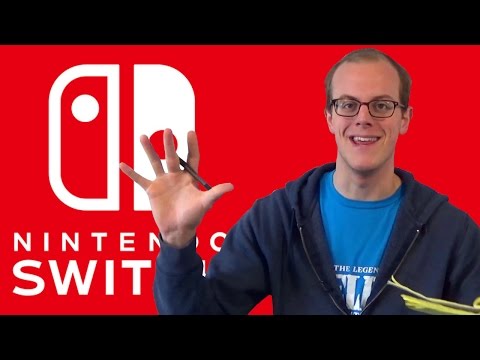 It’s Monday, and while many of you are still devastated by last night’s The Walking Dead, we’re not going to talk about that just yet. Instead, we’re going to dive into last week’s biggest news: the Nintendo Switch reveal.

More specifically, we’re going to discuss how the Nintendo Switch shows a new direction for Nintendo. Not only will it apparently be supported by tons of third party developers, including mature games, but it’s also not being specifically marketed to kids — which is very interesting, given that Nintendo has mostly targeted them in the past.

Luckily, it looks like those snot-nosed little punks will have to soon stick to their VTech toys for their kiddie gaming needs, because Nintendo has a new audience in mind: 20 somethings.

Now, obviously it’s too soon to tell if they’re going to market to kids at all, and we have to assume that a new Mario game is enough to bring children on board, anyway. But the vibes from that first Nintendo Switch reveal video is that Nintendo is looking at a new audience.

So check out this week’s The Fish Tank with Garrett Hulfish, and let us know what you think in the comments below.