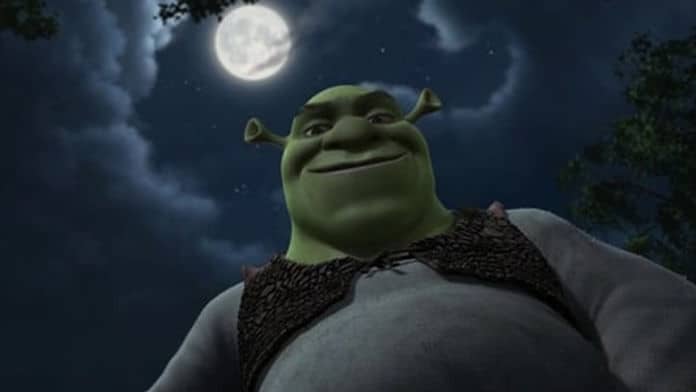 Wondering when you can catch Scared Shrekless on TV in October? We’ve got you covered here at Nerd Much?.

As a part of Freeform’s 31 Nights of Halloween promotion that comes around every October, Scared Shrekless will be shown a few times on the network throughout the month. Here’s every TV showing of Scared Shrekless as well as where else you can stream it:

When is Scared Shrekless on TV?

If you’ve got a cable or satellite TV subscription that allows you to watch Freeform (formerly ABC Family), then luckily, you can catch Scared Shrekless right on TV at a few different times in October.

Here is when Scared Shrekless is being aired on TV:

Is Scared Shrekless on Netflix?

You can’t stream Scared Shrekless on iTunes, either.

Scared Shrekless is a TV short movie (24 minutes) about Shrek getting into the Halloween spirit by holding a scary story contest with is friends to determine who will be crowned the King of Halloween. The group of friends run down to Lord Farquaad’s old castle to tell all their spooky stories including the tale of The Bride of Gringy, the Boots Motel, and The Shreksorcist. In the meantime, they have to avoid the dooming Lord Farquaad’s ghost that roams the castle!

This animated Halloween horror comedy was released in 2010. It is rated PG for some crude language and some spooky scenes but has been seen fit for those aged 6 and up. It does include some humor and scenes that the adult audience will find comical and has some concepts that are for adult understanding, all while bringing enjoyment to the younger crowd. It is becoming a popular Halloween short, making its way to be apart of a group of classic Halloween tv specials.

The cast for this movie includes: Shrek voiced by Mike Myers, Fiona voiced by Cameron Diaz, Puss in Boots voiced by Antonio Banderas, Sugar voiced by Kristen Schaal, Donkey voiced by Dean Edwards, Pinocchio and the Three Pigs voiced by Cody Cameron, Blind Mice voiced by Christopher Knights, Gingerbread Man voiced by Conrad Vernon, and Wolf voiced by Aron Warner. This movie marks the first time that Eddie Murphy does not voice Donkey in the franchise.

This is worth the watch, especially if your kids are already enamored by the Shrek characters from their previous four films and other holiday specials. Those who are long-time fans of the series will not be disappointed by the festive tale this Halloween season.