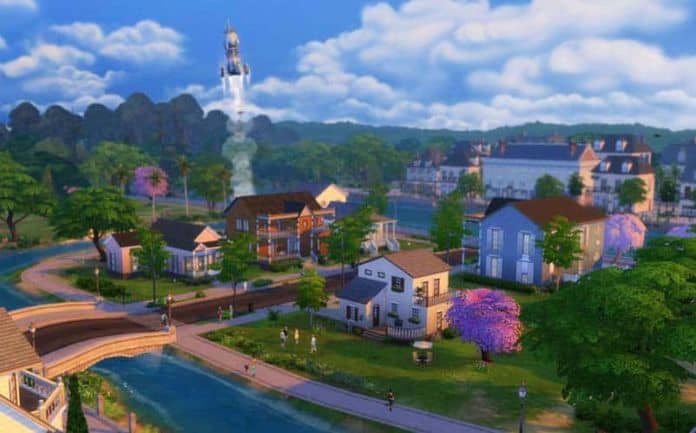 Expansion packs to Sims games are like toppings on an ice cream sundae. You can eat plain ice cream and it’s delicious; but throw some hot fudge, whipped cream, nuts, and a cherry and you have a delicious masterpiece. They just make it better. Expansion packs are the same thing for Sims games, just less edible. The base games for The Sims are great, but throw in some of our favorite expansion packs and it adds a whole new depth to the game, making it more delicious.

Sims 4 has released two expansion packs already. Get Together, a nightlife-themed pack we generally see game to game, and Get To Work, an expansion pack similar to Ambitions for Sims 3. Alongside the expansion packs are the two games packs: Outdoor Retreat, a camping-themed pack, and Spa Day, which is self-explanatory.

With all the different types of Sims expansion packs out there, what more could we want? Well, there are a few things we’re going to be looking for if a Sims 5 is ever announced (we’re hoping it will be announced at E3 2016). So, let’s get started with the five new and improved expansion packs we want from the next Sims. 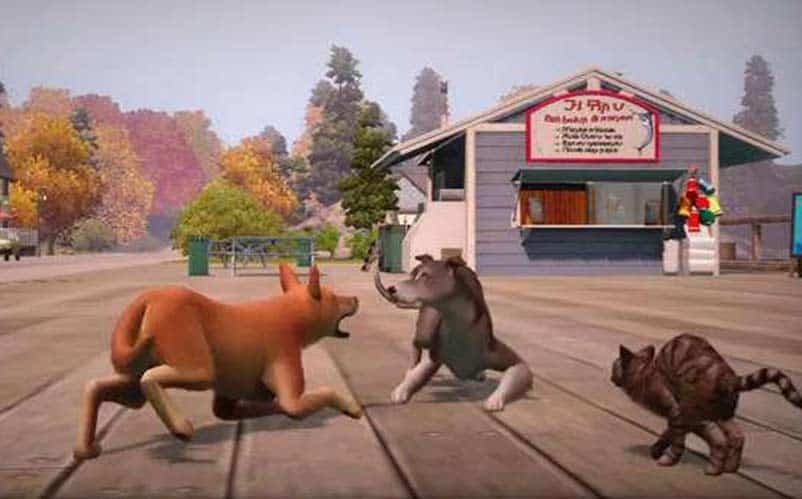 Before anyone goes and says, “Well, we see a pets expansion pack for every game!” I know. I love the Pets expansion pack. Being an animal lover, it’s the one I probably look forward to most every Sims game. But for the most part, we’re spending our hard-earned money to get only basic pets, like dogs and cats. In The Sims 3 Pets, we got horses — and I think I saw a deer once frolicking about that, no matter how hard I tried, I could not own.

We were finally able to create our own pets in The Sims 3 also, which made a lot of Sims nerds very happy. I can only imagine what this new Pets pack, assuming we’ll get it, will be like with the whole new Create-a-Sim feature in The Sims 4.

If you flashback to my last article, 6 Things We Wants From The Sims 5, you’ll see I really want basic pets in the base games in order to open up bigger and better opportunities for expansions, such as this idea. Animal Kingdom would basically be a Pets expansion pack on steroids: it would have not only the basic pets, *cough* which would be great in the base game *cough*, but it would bring in more wildlife and tropical animals. It would create more adventures for your Sims; imagine sending your Sim on a safari, bringing your kid Sims to the zoo, or training your pet tiger. A TIGER. You could swim with dolphins. You could have a farm. You could become an animal trainers and do shows with your wild animals. What about becoming a veterinarian? And for the basic pets, what about dog and cat shows? When it comes to all the different types of animals in the world, there are endless opportunities. So let’s jump on ‘em Maxis.

Pets expansion packs are always a fan favorite but I think it’s time we crank it up a couple of notches and really take an animal-themed expansion pack over the top and blow the minds of Sim-mers.

2. Welcome To The Circus 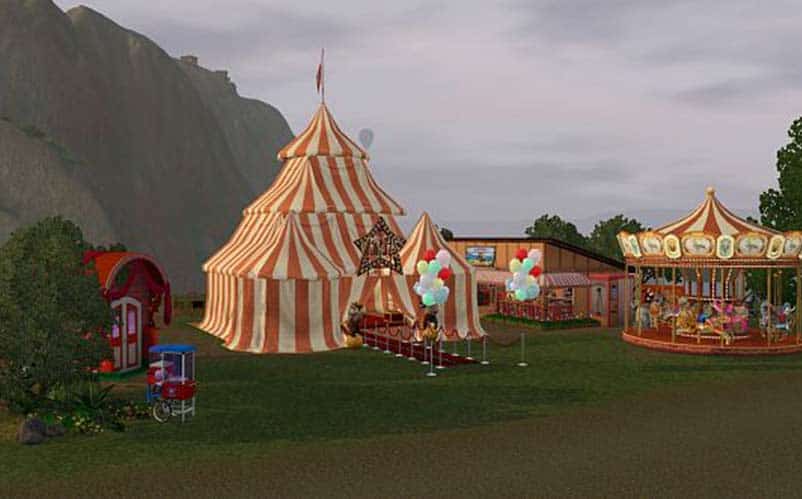 I don’t know if you’ve ever been to a circus, but they’re jaw-dropping. Humans put their own bodies and lives in danger just for the entertainment of other humans. What’s not to love? Imagine all the fun things you could teach your Sims if there was a circus-themed expansion pack. You could live the lifestyle of a kid with a dream, training their whole life, taking their talents to the streets as they grow up, and living their dream of being a circus clown!

But seriously, with all the different circus acts, there’s a little something for everyone. The lion tamer, the clowns, the ringmaster, the tightrope. I could go on and on. You could bring the family out for a night at the circus, have circus characters at parties, and to go along with the aforementioned Animal Kingdom, you could train wild animals. Not to mention, new skills for your Sim to learn:  juggling, unicycling, trapeze. It would bring something new and fun for Sim nerds of all ages. 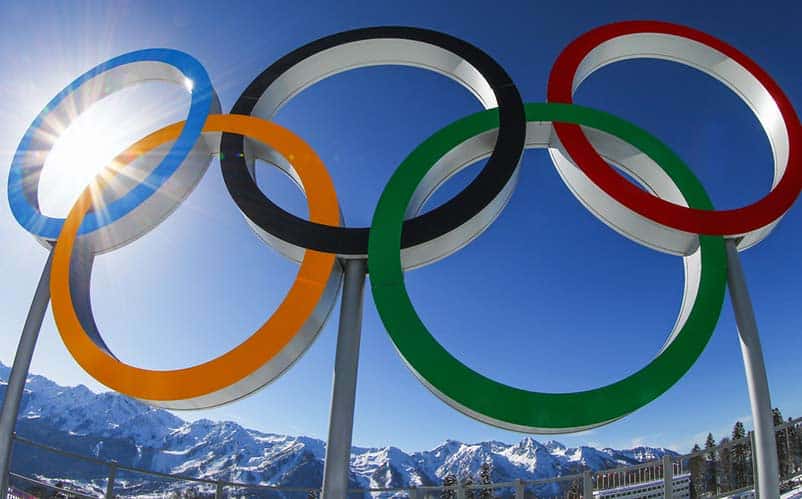 I understand that football (or soccer, to my fellow Americans) is probably the most popular sport worldwide. But, I’ve never really fantasized about becoming a professional soccer player. It may be the dream of some people, but not me. In The Sims 4, it seems to have changed to a more generic Pro Athlete career. Honestly, I haven’t played the athletic career much because it seems boring now compared to being a secret agent or traveling to space as an astronaut. We don’t get a choice of which sport our Sim plays, and our only alternative is bodybuilding. Even less exciting. So, let’s think of one sports related event that gives you multiple options for sports, and is participated in by athletes worldwide. The Olympics, maybe?

We’ve had multiple sports in the Sims before. Look at Sims 3 University. Joe Shmoe could go the gym on campus after class and play a pickup game of one of the 8 or so sports of his choosing, and you didn’t have to sit there and watch them play. Kind of like they did with a soccer career. We’ve had basketball nets for our driveways and baseball equipment before. So why are we being limited when it comes to our careers?

I’m not asking for all 300+ Olympic events to be put into one expansion pack. That would be impossible. I’m just asking for more choices in an athletic career for my sim. An Olympics theme would not only give us those choices, but also seasonal sports for the Winter and Summer Olympics and travel opportunities. It’s a long awaited change that could be a major boost for Sims gameplay.

Time travel is pretty fresh in the minds of Sims players, since we saw it twice in the Sims 3. Into The Future brought forward a futuristic world (well, technically three) that your sim could travel to with their time machine. You could activate one of the three scenarios to give you a wasteland type, a normal, or a utopian future experience when you travelled forward in time. It brought in hover cars, hover boards, jet packs, futuristic electronics,  new jobs and skills, and with a bunch of other great additions. Into The Future was an expansion pack Marty McFly would have totally approved of. Sims 3 Ambitions, on the opposite side, allowed you to build your own time machine after reaching a certain level of the invention skill so you could travel back in time, in a not-so-exciting manner. You could travel to the past, and depending on what actions you took, it would change minor things in the present life of your Sim. There were no choices of when or what type of past you were travelling to

Though Into The Future was probably one of the best Sims expansion packs we’ve seen, time travel is on my list of expansion packs that can be improved due to the underwhelming travelling to the past.

There’s so much rich history throughout the world that could be translated into really entertaining Sims play. You don’t need all of it – take out the wars and violent acts, and you’re still left with historic events like Woodstock, the Industrial Revolution, Apollo 11, The Wright Brothers, etc. You could literally pick a few out of a hat and create three different themes for a world in the past, just like what was done for Into The Future. Send your sims back to meet their ancestors in important historical times, make them part of the history and see how it affects their lives not only in the present but in the future they could also travel to. We’ve seen what the Sims creators can do with time travel. Now let’s see how they can take it to the next level. 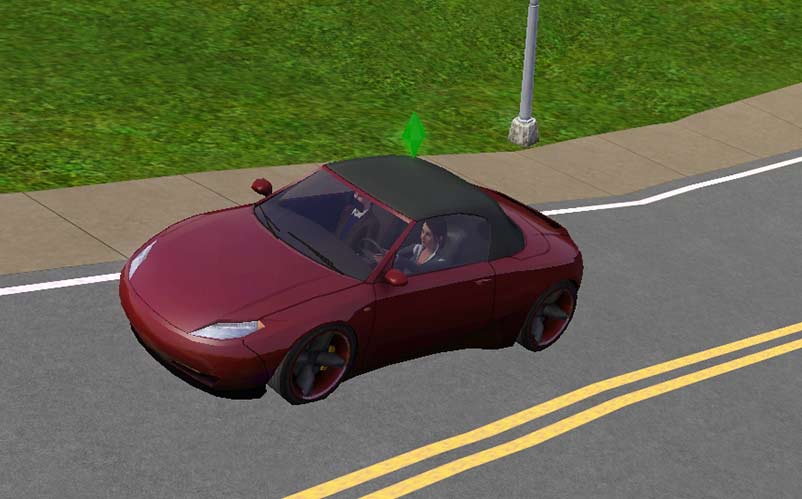 It seems silly to me to have to add a whole expansion pack for cars, when I still don’t understand why they were ever taken out. But I really want them back, so they’re on this Sims expansions list. Driving and transportation is a part of life. Teenagers look forward to learning how to drive and getting their license. People, for the most part, drive from point A to point B, or take a different form of wheeled transportation. There’s drag racing, Nascar, car shows, mechanics. There’s so many things in life that revolve around some sort of vehicle – so why are we taking them away?

A Fast and Furious-themed expansion pack would bring in all of those aspects. Your Sims could get better at working on cars with the improvement of the handiness skill. You could learn to fly, race different vehicles, own nice fancy cars, or simply drive to work. I love that Sims 4 went back to not watching your sim drive or travel from point A to point B, but was it really necessary to take out all modes of transportation completely? Owning cars and not watching them travel has been done in Sims before. It’s time we rally to get cars back and have more fun with them.

Expansion packs in the Sims are a must. They add a whole new level of imagination and fun to the game. And let’s face it, they’re big money boosters to the company, so everyone wins. Unfortunately, it seems that the expansions are falling into a cycle of similar themes. We want new, or at least with our favorite packs, we want bigger and better. These five are just a few ideas I think would be great additions to this and future Sims games; let us know what ideas you have for expansion packs you’d like to see.