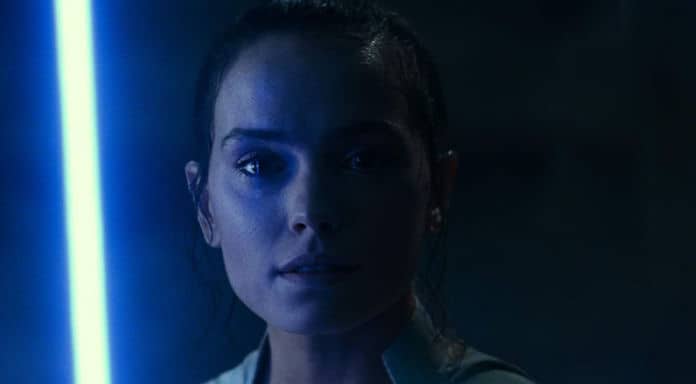 I want nothing more in the world right now than to like The Rise of Skywalker.

I mean, it’s Star Wars. Who doesn’t love laser swords, giant space battles, weird aliens, and planets full of colorful characters? There’s something to be said about walking into a dark movie theater, turning your brain off, and enjoying over two hours of flashy, energetic action. But for every awesome set-piece moment, there’s an equally baffling story choice that feels determined to remind the audience about the former films. The Rise of Skywalker doesn’t just use nostalgia, it bludgeons you over the head with it.

Set an indiscriminate amount of time after the events of The Last Jedi, the evil Emperor Palpatine (Ian McDiarmid) has returned and is threatening to take over the galaxy with a massive fleet of ships he has amassed. Kylo Ren (Adam Driver) and The First Order agree to aid Palpatine in exchange for the army, while the Resistance searches for a Sith artifact that would lead them to the Emperor’s location. Rey (Daisy Ridley) is still training to become a Jedi but is thrust into the hunt alongside Finn (John Boyega), Poe (Oscar Issac), Chewbacca (Joonas Suotamo), and C-3PO (Anthony Daniels).

Even though the journey for the space MacGuffin is a generally enjoyable premise, The Rise of Skywalker moves at such a brisk pace that you rarely have time to stop and appreciate the adventure. A lot of this stems from director J.J. Abrams desperately trying to act as if The Last Jedi never happened.

Entire thematic elements and character moments are either altered or dropped entirely. While some ideas survive, such as Rey and Kylo being able to see one another through The Force, other prominent characters such as Rose Tico (Kelly Marie Tran) are shoved to the side. Instead of delivering a cohesive ending, The Rise of Skywalker attempts to force two films into one. 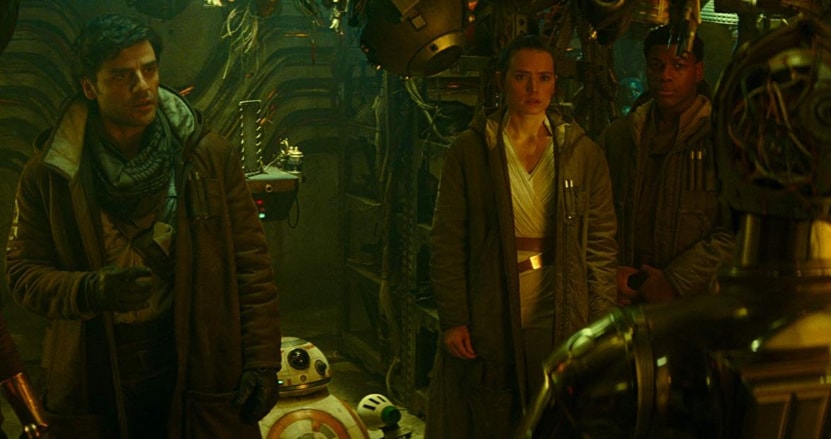 This design choice ends up hampering what could have been some genuinely engaging and emotional moments. Abrams has some intriguing concepts buried underneath the rubble of nostalgia and references that could have easily been more fleshed out. But The Rise of Skywalker is so desperately focused on retreading the past, that it never seems confident in delivering exciting, new ideas. Don’t expect any radical character changes or subversions to keep the audience engaged, The Rise of Skywalker plays it very safe.

Which isn’t all bad, because there is still a child-like wonder to the Star Wars universe. All of the lightsaber fights are entertaining, there’s an insanely cool moment during the final ship battle, and even the speeder chase is good fun. It’s easy to sit back and enjoy watching a bunch of space wizards embark on a fantastical journey. This is a film that still hits the familiar Star Wars story beats we expect, just devoid of any real substance that made the previous trilogy finales so memorable.

We finally get to learn a bit more about Poe’s past this time around. Unfortunately, the breakneck pace of the story doesn’t give this character development the time it deserves. Finn once again feels aimless, as there’s never a clear direction for his character. Outside of his concern for Rey’s safety, he simply doesn’t do much in the movie to be memorable. Which is a shame since the concept of a Stormtrooper turned Resistance fighter is perhaps the best idea in the entire trilogy.

General Hux (Domhnall Gleeson) returns and is unceremoniously shoved aside despite the previous two films exploring this villain. Hux has always been one of the most interesting characters in the new trilogy thanks to his young, radicalized nature. Yet, instead of building upon this in a cohesive, satisfying way, The Rise of Skywalker just introduces a new general who’s way more menacing and evil. Sure, Hux ultimately has an intriguing payoff, but like everything else, it’s rushed and quickly forgotten about. 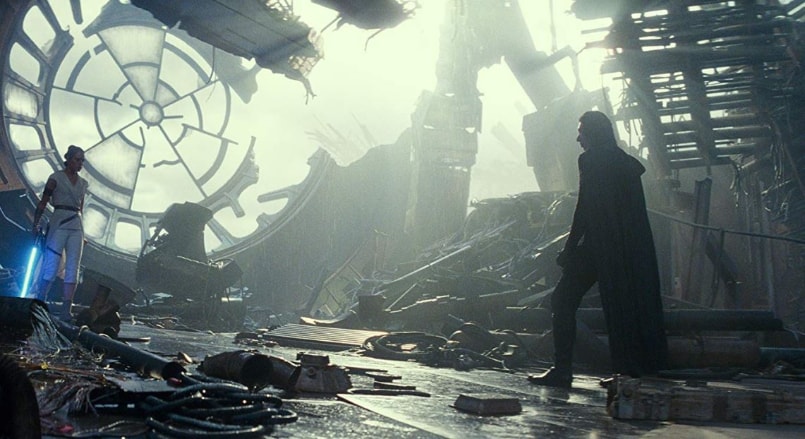 But it’s not all bad, mainly thanks to the terrific performances from the cast. Everyone is clearly giving it their all, despite the poor dialogue and character arcs. Adam Driver specifically has superbly honed in what makes Kylo Ren such a captivating antagonist. He’s more than just a villain tormented by his past deeds, as he desperately searches for salvation and meaning behind his actions.

Instead of being lured into the Dark Side like Anakin, Kylo desperately tries to justify his increasingly monstrous actions and new position as Supreme Leader. It’s absolutely the most satisfying arc in the entire new trilogy, swiftly followed by Rey despite a few twists desperately trying to undo everything that happened in The Last Jedi.

Daisy Ridley once again confidently assumes the role of the hero, carrying a lot of the emotional weight on her shoulders. Despite her journey feeling painstaking similar to Luke Skywalkers, Ridley’s genuine performance helps sell some of The Rise of Skywalker’s crucial story moments. Mark Hamill and the dearly departed Carrie Fisher reprise their roles. Both siblings are lovingly added in, with Fisher’s Leia getting one of the most powerful moments in the entire movie. It’s always great to see them, even if the sight of Fisher stings, especially if you’re a longtime fan of the franchise. 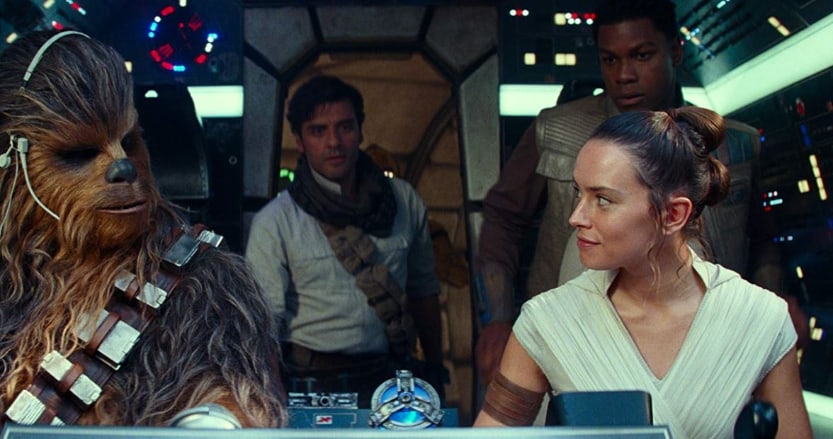 Action is delivered competently, with The Rise of Skywalker producing some energetic moments. Even though it’s a little too chaotic, the final ship battle is quite a sight and desert speeder chase calls back to the Return of the Jedi Endor battle. It’s all good fun, even if the big “Avenger’s Assemble” moment doesn’t feel nearly as exciting as it wants you to believe. Sure, it’s shallow action, but it’s shallow Star Wars action and that does ratchet up the trills just a little.

The Rise of Skywalker isn’t the worst live-action Star Wars film, but it’s also nowhere near the best. With almost no innovating or defining qualities, J.J. Abrams’ finale stumbles across the finish line instead of triumphantly leading the pack. Its emphasis on nostalgia over original storytelling handicaps the movie and characters within it. Even with a few redeeming qualities, The Rise of Skywalker is a disappointing finish to a trilogy that had a ton of potential.

Oh well, at least we have The Mandalorian and Baby Yoda.