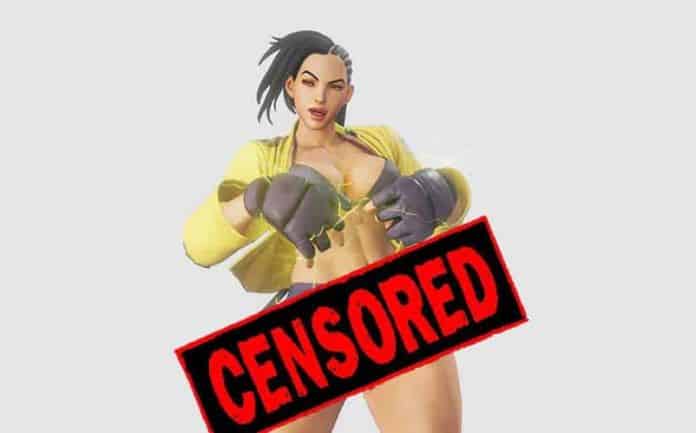 It’s tough to really say what is going on over at Capcom right now. After fan outcry due to R. Mika’s butt-slapping, they removed the animation. But when the game released, it was still loaded with mega boobs (you can read more about our thoughts on mega boobs in Street Fighter here). With all of the outcry regarding the over-sexualization of video games right now — including yesterday’s news that Blizzard removed an Overwatch butt pose — we were surprised to wake up to new Street Fighter 5 alternate costumes that are even more revealing than the costumes contained in the game at launch.

A data miner on NeoGAF checked into the new Street Fighter V update content and found some alternate costumes for Laura, Ken, R. Mika, and Zangief. Ken gets a haircut and a leather jacket, R. Mika gets a feathery getup, and Zangief gets an incredible Macho Man makeover. But what was immediately noticeable was Laura’s alternate costume, which literally shows some good ole’ fashion side vagina.

What’s especially strange about this alternate costume is that it comes after Capcom removed R. Mika’s butt slap animation. Somehow, to Capcom, removing the butt slap is reasonable, but including side vagina gets the green light. It’s even strange that Capcom would go in to patch the Chun Li boob physics issue, but with the same update, include a costume like the one Laura is wearing.

Unfortunately, I know there are many out there who simply don’t care about the sexualization of video games and the messages it subliminally sends to the youth. And, it’s likely that this post will just fall on deaf ears, agreed upon by those who actually care, and dismissed as feminist drivel by those who are outraged that we’re offended. But, at what point do we need to start implementing an Adults Only ESRB rating for Street Fighter?