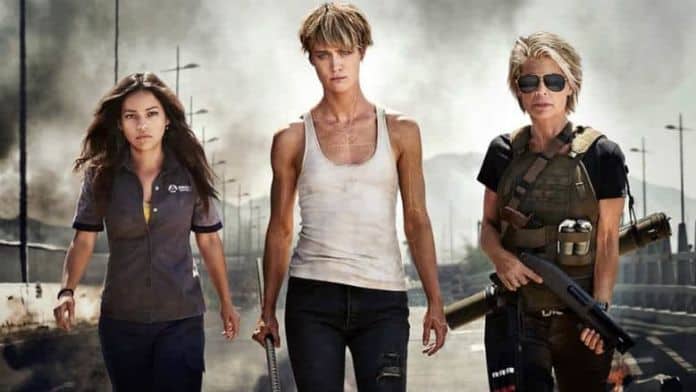 It seems as though Paramount Pictures just can’t make their mind up as to when they want Terminator to take its bow. The movie has seen various scheduling shifts, with a new one occurring today which brings us the Terminator release date two weeks sooner than was previously expected.

The move comes following Warner Bros.’ decision to move Wonder Woman 1984 from November 1st, 2019 to June 6th, 2020.  This left a gaping hole in Hollywood’s holiday calendar, and several studios are vying to fulfill it. Paramount is hoping to be the big blockbuster to control the date, announcing that the Terminator release date will be moved t there.

The other film confirmed to be switching toward the November 1st, 2019 slot is Sony’s Charlie’s Angels. The film stars Kristen Stewart, Naomi Scott, and Ella Balinska in the roles of the titular trio. Elizabeth Banks is directing and starring as the gang’s seen but not heard boss, Bosley. Patrick Stewart and Djimon Hounsou are set to play as other Bosleys as well.

The cast of Terminator is just as impressive if not more so. Directed by Tim Miller with James Cameron back help develop the story and produce, the rebooted sequel to Terminator 2: Judgment Day brings back Linda Hamilton and Arnold Schwarzenegger in their iconic roles.

Gabriel Luna plays a new iteration of Terminator. And Mackenzie Davis has been cast as Grace, a soldier-assassin. Also starring are Natalia Reyes and Diego Boneta as Dani Ramos and her brother. Jude Collie will play the legendary John Connor, with CGI being utilized to incorporate Edward Furlong’s facial-likeness.

With Cameron back to shepherd the infamous Terminator series, hopes are higher than they have been for decades on a new entry. And with the Terminator release date coming sooner rather than later, that’s just less time we’ll have to wait.