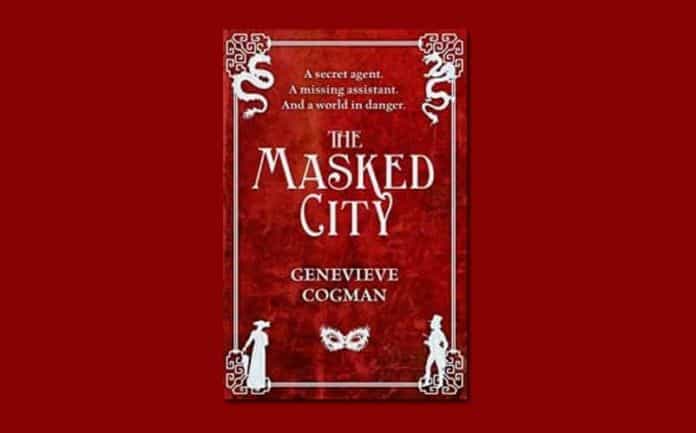 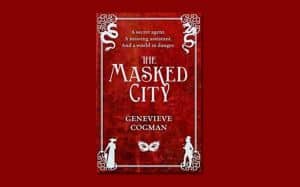 A few months ago, I reviewed The Invisible Library by Genevieve Cogman. It was easily one of the best books I’ve read this year, so naturally, I couldn’t wait to get my hands on its sequel, The Masked City. When I did, I wasn’t disappointed; while it does suffer from a few sophomore book issues and isn’t quite as enjoyable as the first, it is still a good read on the whole and fans of the first book should definitely pick it up.

The plot is every bit as fast-paced as the first book’s, if slightly less compelling, with near-nonstop action; Irene rarely pauses to do mundane things such as eat or sleep, which is only semi-unbelievable given the timespan of the books. The world-hopping premise provides infinite worldbuilding possibilities, and this is where Cogman excels; the descriptions are vivid and lovely and the multiple worlds to which Irene travels provide a nice change of scenery from the last book, which was concentrated mostly in one London. The dialogue, although there is considerably less due to Irene’s relative isolation, is as sharp and witty as ever.

This book delves further into the Fae and Dragon cultures, both of which are merely hinted at in the first book. This definitely helps give more context to the overall world, as well as some insight into Kai’s background. We even learn a bit more about the Library’s role in the multiverse and its relationship to the two races, although the Library itself is not nearly as prominent as I would have liked. The first book hints at some ulterior motives and potentially sinister workings in the Library, and the second book doesn’t delve any deeper at all. And although evil ex-Librarian Alberich is vaguely referred to as a behind-the-scenes character, he doesn’t actually make an appearance and his plotline doesn’t really advance at all. So, although the overarching plot seems to stagnate a bit, it does provide some valuable background information which adds depth to the story.

I thoroughly enjoyed the carnival-esque alternate Venice that the author has envisioned, and it was a nice contrast to the steampunk London of the first book. The masks worn by everyone seem to be a metaphor for the city itself. That is, beautiful and whimsical, with something sinister lurking just beneath the surface. In Venice’s case, the something sinister is the Council of Ten, which I liked the idea of but wish the reader actually got to see beyond just their anonymous henchmen.  The world-hopping Fae train was a nice touch, too, as well as the haunting descriptions of the Fae prison.

My biggest complaint with this book is that it felt lonely. I thoroughly enjoyed the student/mentor relationship and budding friendship between Irene and Kai in the first book, but in this one, he gets kidnapped almost immediately and Irene spends the entirety of the book trying to rescue him. This could have been a good opportunity for her to work more closely with Vale, but he, too, was absent for most of the book. Irene has only passing acquaintances with other characters, so for most of the book, it is just her. This also pretty much rules out any character developing for anyone other than Irene, although hers was pretty significant.

It also feels a little contrived at points; Irene’s solutions to problems are a bit too convenient sometimes, and the power of the Language seems unlimited until, suddenly, it isn’t. She also never seems consistent in her specificity when using it. Sometimes certain details are glossed over to reach a resolution, and there are parts of the story where the characters’ motivations just don’t make any sense.

All in all, The Masked City is, like The Invisible Library, a fun read; smart, adventurous, and fanciful. As with many YA books, there may be a few logistical issues and a lack of connective tissue, but if you take it at face value and don’t think about the details too hard, it’s definitely enjoyable.  Fans of the first book will certainly appreciate it. If you haven’t already, I’d recommend reading the first book before you attempt this one; you can breeze through it easily and without it, you’ll be thoroughly lost.

The third book, The Burning Page, is scheduled for publication in the U.S. on December 15, 2016, so keep your eye out for our review of that.